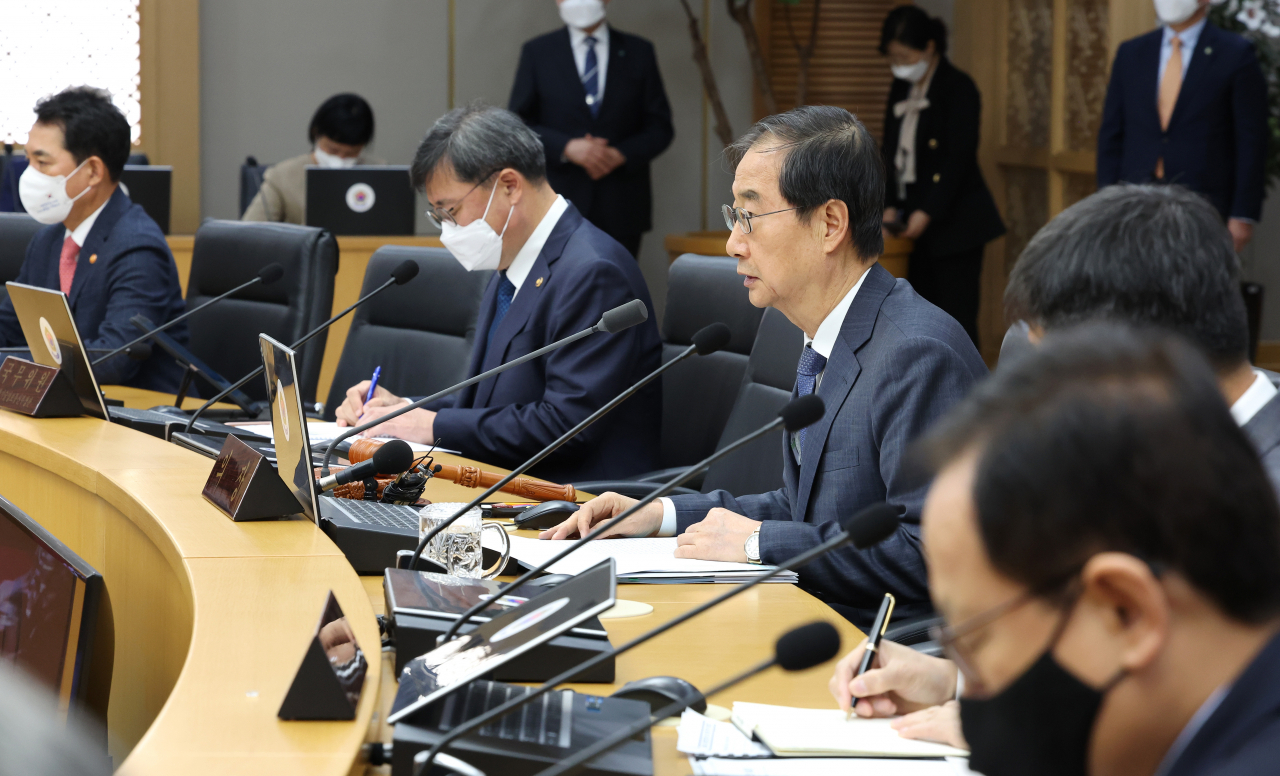 Prime Minister Han Duck-soo (3rd from R) presides over a Cabinet meeting at the government complex in Sejong, 112 kilometers south of Seoul, on Tuesday (Yonhap)

Prime Minister Han Duck-soo on Tuesday instructed Cabinet ministers to come up with measures to prevent a recurrence of a service outage of Kakao Corp, the operator of the nation's dominant messaging app.

Most online services provided by Kakao, including KakaoTalk, suffered a massive malfunction over the weekend due to a fire at a data center near Seoul.

"If a problem happens in networks, it could paralyze people's daily lives and be fatal to national security," Han told a Cabinet meeting.

Han called for a swift recovery of Kakao services and "various measures to prevent recurrence along with thorough investigation of the cause."

"Technology and services that people highly depend on should also have corresponding consumer protection obligations and responsibilities," Han said.

Services of KakaoTalk, the most popular mobile messenger in the country of 51 million people, with 43 million monthly active users, were operating normally as of Monday morning. Some experienced a slowdown in sending large video clips through KakaoTalk. (Yonhap)