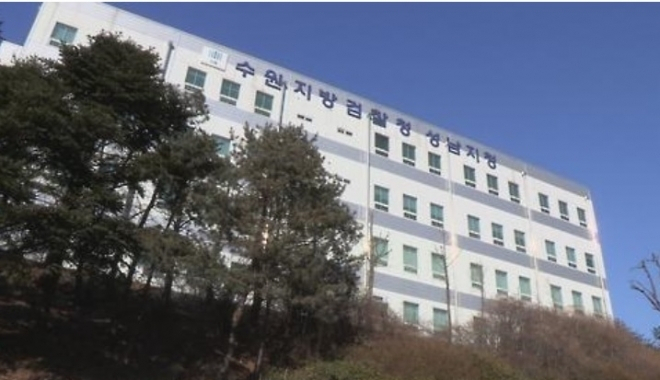 Prosecutors raided Ssangbangwool Group on Monday over allegations the underwear maker smuggled a huge sum of foreign currency out of the country about three years ago.

The Suwon District Prosecutors Office sent prosecutors and investigators to the Ssangbangwool headquarters in the central Seoul district of Sindang in the morning to secure documents and materials related to the currency smuggling allegations.

Prosecutors have been investigating the allegations that Ssangbangwool secretly sent several billions of U.S. dollars to China in 2019 in violation of the foreign exchange transactions law.

They suspect that dozens of Ssangbangwool executives and employees took part in the alleged currency smuggling by hiding dollars inside books on their trips to China. Under the law, foreign currency in excess of US$10,000 must be reported to customs when taken out of the country.

Prosecutors are reportedly looking into the possibility of the foreign currency flowing into North Korea. At that time, Ssangbangwool signed an agreement on economic cooperation projects with the North Korean Asia-Pacific Peace Committee and the North Korean National Economic Cooperation Federation in China's Shenyang.

Thanks to the agreement, Nanos Co., a Ssangbangwool affiliate now renamed SBW Life Sciences, reportedly obtained a business right for minerals, including rare earths, in North Korea and Ssangbangwool stocks soared soon after.

Around the same time, Nanos recruited the chairman of the Seoul-based Asia Pacific Exchange Association, whose surname is known as An, as an inside director. Last week, prosecutors raided the homes of An and some Ssangbangwool executives. (Yonhap)