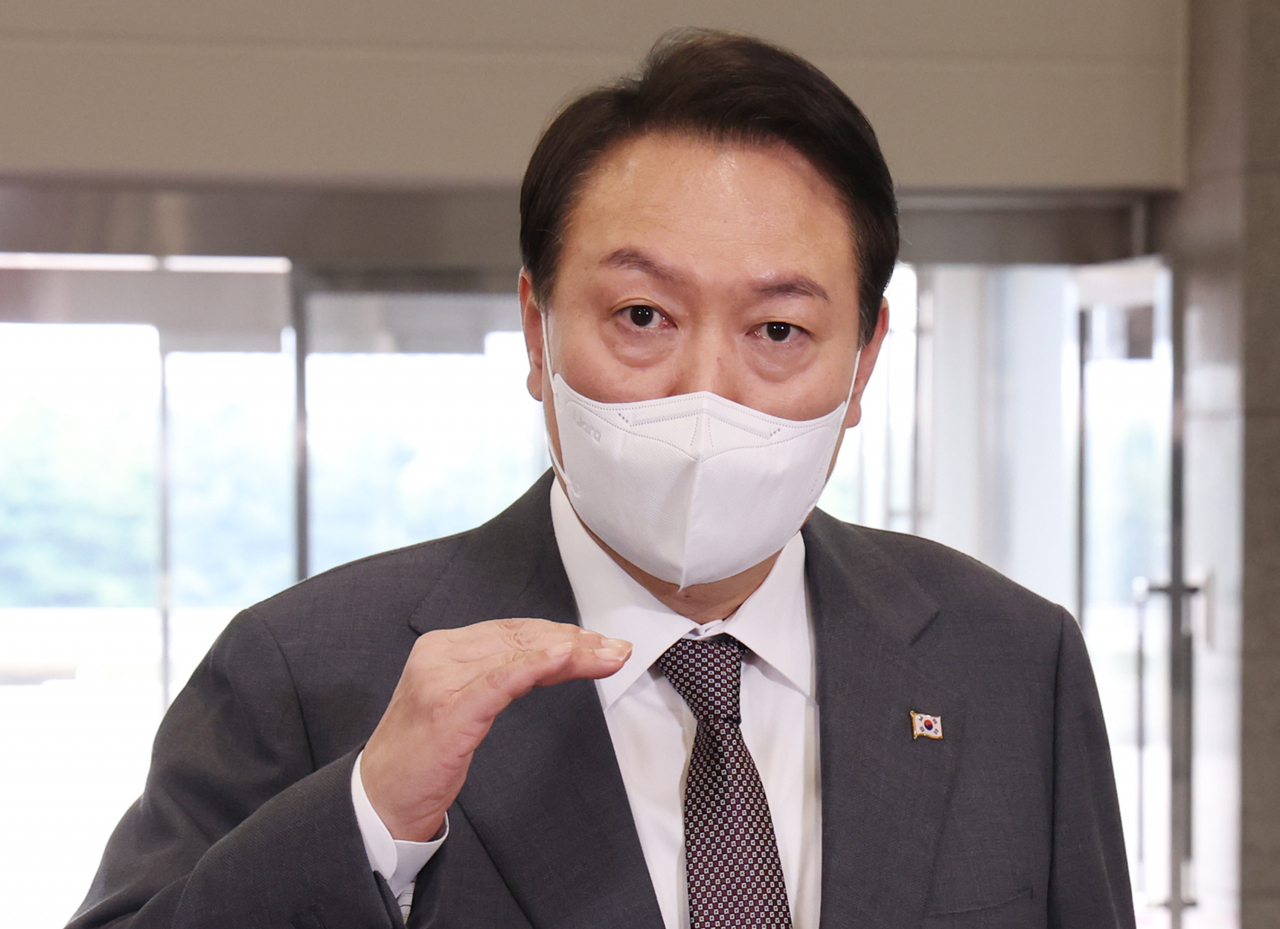 North Korea's recent series of missile launches and other provocations are believed to be part of the regime's preparations for a seventh nuclear test, according to the officials.

"As North Korea's provocations have become more frequent, we're putting all of our effort into maintaining a readiness posture with a sense of alertness," one senior presidential official told reporters. "It's a 24-hour readiness regime."

Another official told Yonhap News Agency that the presidential office has been coming up with detailed plans to respond to a North Korean nuclear test.

"Everyone is in standby mode," the official said by phone.

North Korea has ratcheted up tensions in recent weeks by conducting a series of ballistic missile launches, including one over Japan, flying warplanes and firing artillery shells into maritime buffer zones off its east and west coasts.

Yoon had no public schedule this weekend but is known to have received briefings in real time on North Korea's movements.

On Saturday, the president visited a hotel restaurant in the US military's Yongsan Garrison and took photos with troops in a demonstration of his commitment to strengthening the South Korea-US alliance, the senior official said.

The National Intelligence Service has said the North could carry out its seventh nuclear test between Oct. 16 and Nov. 7, after the National Congress of the Chinese Communist Party and before the US midterm elections. (Yonhap)