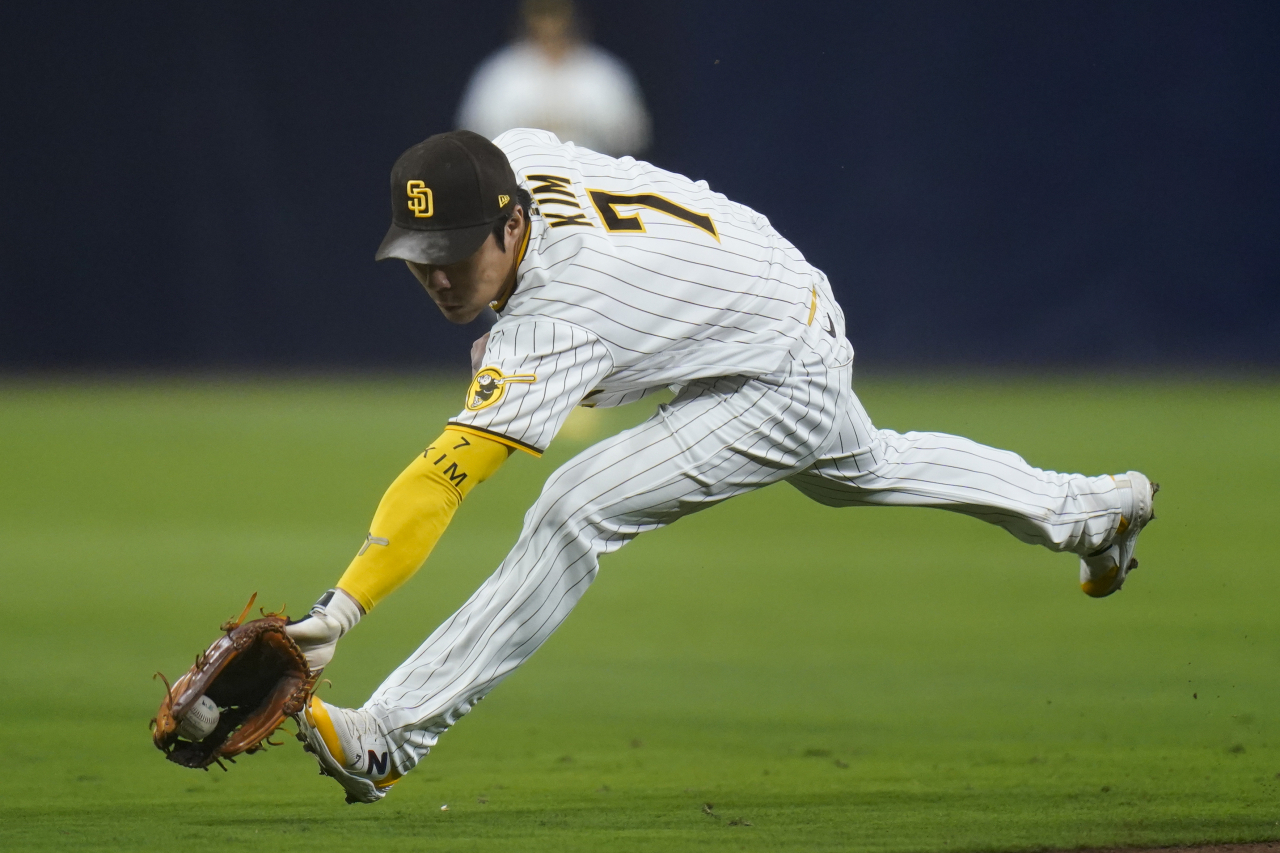 The San Diego Padres' South Korean shortstop Kim Ha-seong is moving on in the major league postseason, four wins away from his first World Series appearance, after helping his club stun the best regular season team in the National League Division Series (NLDS).

Kim drove in a run in the Padres' five-run seventh inning, as they beat the Los Angeles Dodgers 5-3 to wrap up the best-of-five series 3-1 at Petco Park in San Diego on Saturday (local time).

Batting leadoff, Kim went 1-for-5 with two strikeouts, but that lone hit came in the pivotal seventh inning when the Padres turned a 3-0 deficit into a 5-3 lead.

With runners at first and second after Austin Nola's RBI single, Kim chopped a grounder down the third base line for a run-scoring double that cut the Dodgers' lead to 3-2.

Kim moved to third on Juan Soto's follow-up single and then scored the go-ahead run on a two-run single by Jake Cronenworth.

The Dodgers had the best record in the regular season at 111-51, but they dropped three straight games against the Padres after taking the first game of the NLDS.

The Padres will face the Philadelphia Phillies in the best-of-seven National League Championship Series (NLCS). This is Kim's first trip to the postseason, and he is currently the only South Korean remaining in the playoffs.

Kim and teammate Trent Grisham are tied for the major league lead this postseason with seven runs scored. (Yonhap)