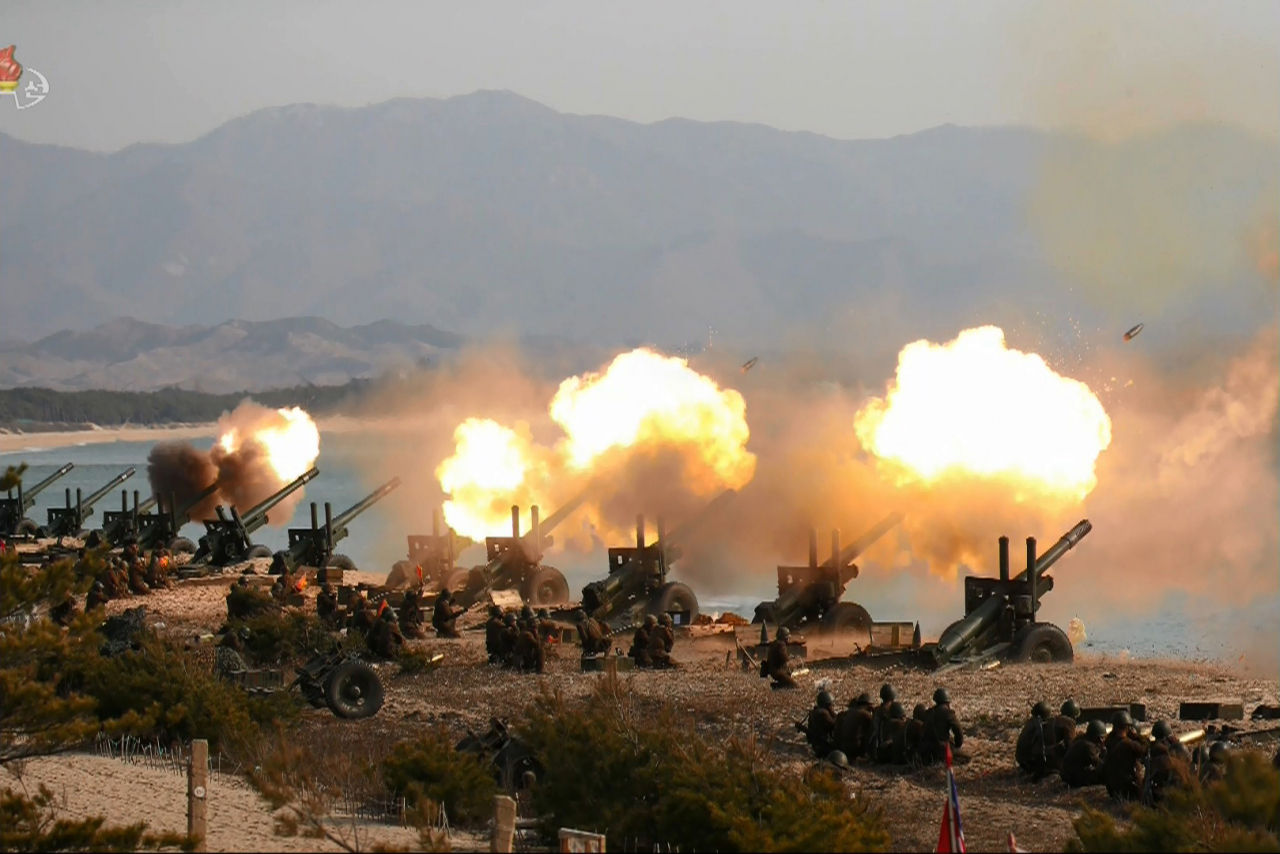 This picture taken on March 9, 2020 and released from North Korea's official Korean Central News Agency shows a test of weapons at an undisclosed location in North Korea. (Yonhap)

A state department spokesperson called on North Korea to cease all provocative actions on Friday, hours after the recalcitrant country fired hundreds of artillery shells into an agreed buffer zone with South Korea.

"We are aware of those reports and we call on the DPRK to cease all these provocations and these threatening actions," the spokesperson said when asked about North Korea's latest provocation that also included flights by military aircraft near the inter-Korean border.

"We also again condemn the DPRK's recent ballistic missile launches and other provocative action. As I've said previously, these launches are in violation of a number of U.N. Security Council resolutions," Patel added.

Pyongyang fired some 200 artillery shells into the buffer zone along the inter-Korean border on Friday (Seoul time), which, according to South Korean officials, violated the 2018 inter-Korean agreement on reducing military tensions.

"But also, I would reiterate again that our position on diplomacy and dialogue remains the same," said Patel.

"Even in the light of these recent developments, we continue to believe our ultimate goal is the complete denuclearization of the Korean Peninsula, and we continue to remain open to diplomacy and dialogue as a step towards getting there," he added.

North Korea has avoided direct dialogue with the U.S. since late 2019. (Yonhap)