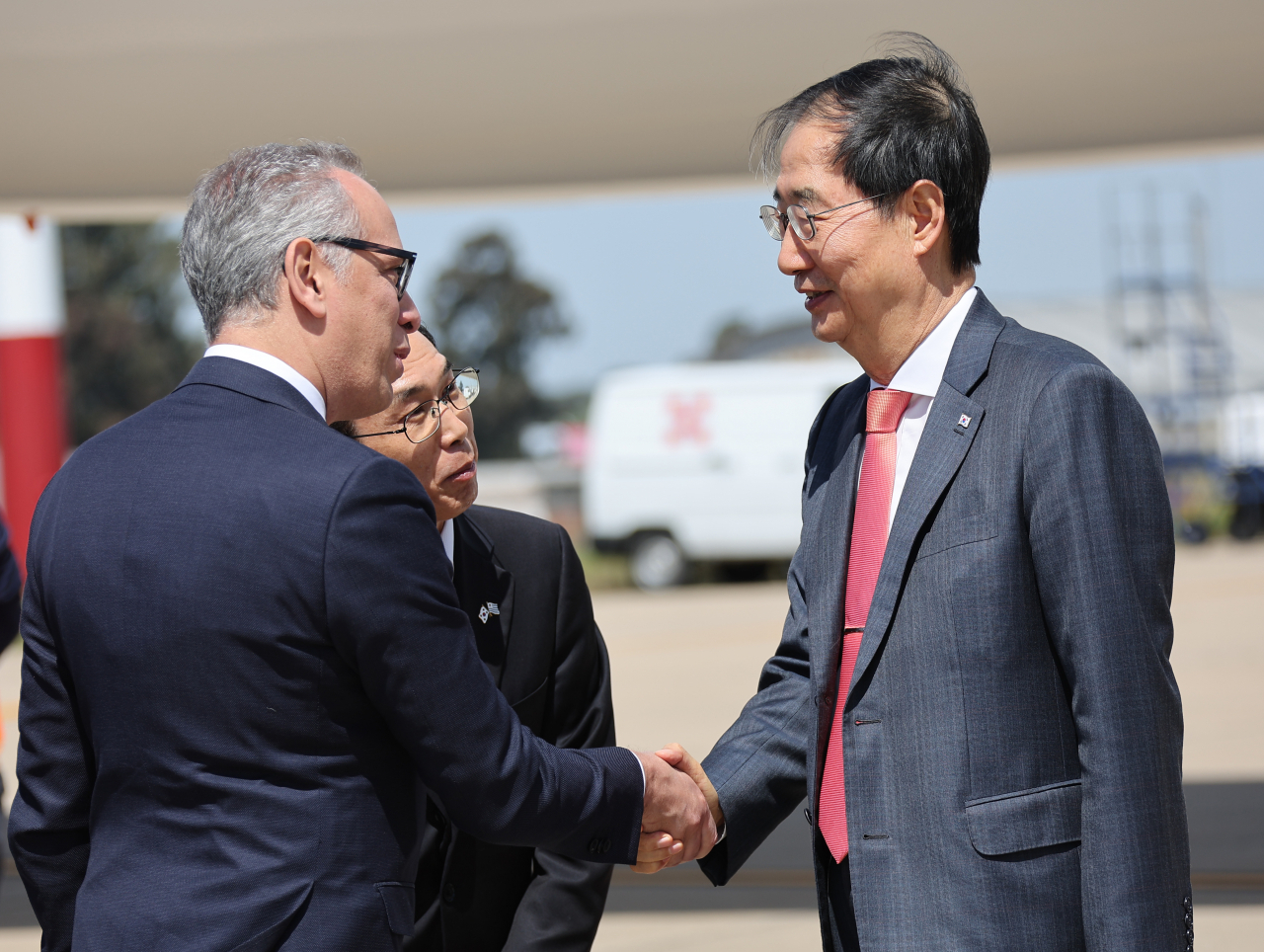 Prime Minister Han Duck-soo (R) is greeted by a Uruguayan official after arriving in Montevideo for an official visit on Wednesday. (Yonhap)

During his two-day stay in Montevideo, Han will hold talks with Uruguayan President Luis Lacalle Pou and discuss measures to bolster economic and trade ties between the two nations.

It was the first time in 11 years that South Korea's prime minister has visited Uruguay.

Uruguay is serving as a rotating chair of Mercosur, a four-nation economic bloc in the region that includes Brazil, Argentina and Paraguay.

Han's trip comes as South Korea vows to speed up its free trade negotiations with Mercosur.

South Korea launched free trade talks with Mercosur in 2018. The four countries make up around 70 percent of the population in South America and 68 percent of the region's economy.

Uruguay is the second leg of Han's three-nation trip that already took him to Chile and will take him to Argentina. (Yonhap)