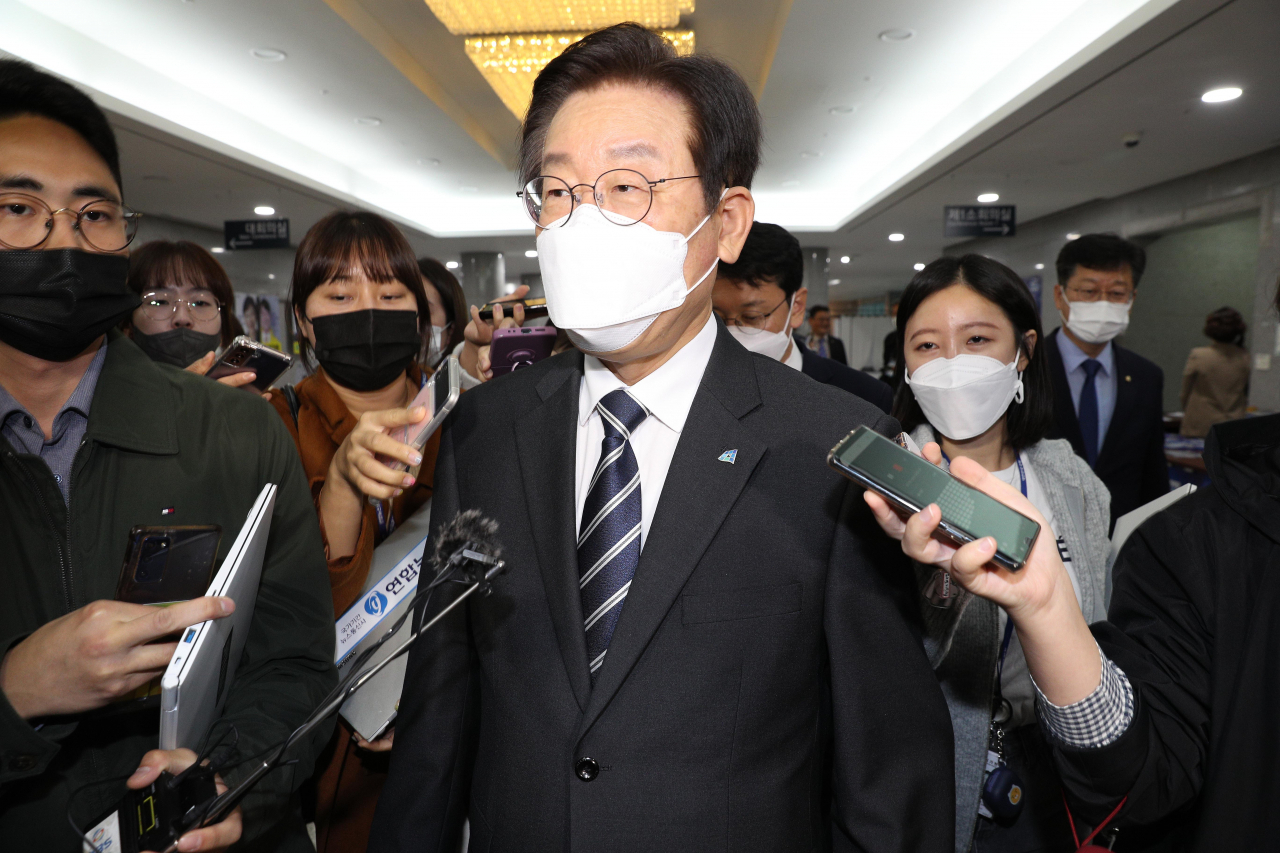 While the prosecution is stepping up the investigation of Democratic Party leader Rep. Lee Jae-myung over his alleged involvement in Seongnam FC sponsorship, the opposition leader is facing yet another controversy over his holding defense stocks.

According to local media outlets, Lee, who is also a member of the National Assembly's Defense Committee, is found to have stocks worth 231 million won ($162,000) in some defense-related companies, including Korea Shipbuilding & Offshore Engineering.

According to the disclosure of the assets of the nation’s lawmakers released on Sept. 27, Lee newly purchased 1,670 shares of Korea Shipbuilding & Offshore Engineering and 690 shares of Hyundai Heavy Industries for a total of 231 million won, presumably this year. Lee reported in the said document that he had purchased the stock with deposit assets.

If Lee currently holds the same amount of stock as he reported to the National Assembly, the holding price of both stocks is about 28.3 million won, about 23 million won less than when the purchase was made.

On Wednesday, Rep. Seong Il-jong of the People Power Party urged Lee on his Facebook account to leave the committee “immediately.”

“It is the freedom of Lee Jae-myung to own defense-related stocks. However, if that is the case, he should not have chosen the standing committee as the National Defense Committee,” he said. “This is common sense if you are a member of parliament.”

As the controversy arose, Lee’s side explained that the holding of the stock has nothing to do with the activities of the National Defense Committee, and he put his money in a blind trust.

“The stock was held prior to the decision to run for the by-election. In order to dispel unnecessary misunderstandings, we requested the National Assembly to review (Lee’s) blind trust,” Lee’s official said. “Usually, a review period of two months is required and the result is not yet notified.”

The controversy came while the prosecution is stepping up its investigation of Lee’s alleged involvement in sponsorship allegations of Seongnam FC, a South Korean professional football club based in Seongnam, Gyeonggi Province.

The main point of the allegation is while Lee was serving as the mayor of Seongnam, the owner of Seongnam FC, companies in the region donated money to the football club in the name of advertising expenses in return for resolving civil complaints such as permits.

The controversial donation amounted to about 16 billion won from Doosan E&C, Naver, CHA Hospital, Nonghyup, Alphadom City and Hyundai Department Store between 2015 and 2017.

Previously, the police who investigated the case reported that only Doosan E&C was charged with the case. But, the prosecution, who took over the case, is looking at all the companies with the alleged sponsorship funds again.