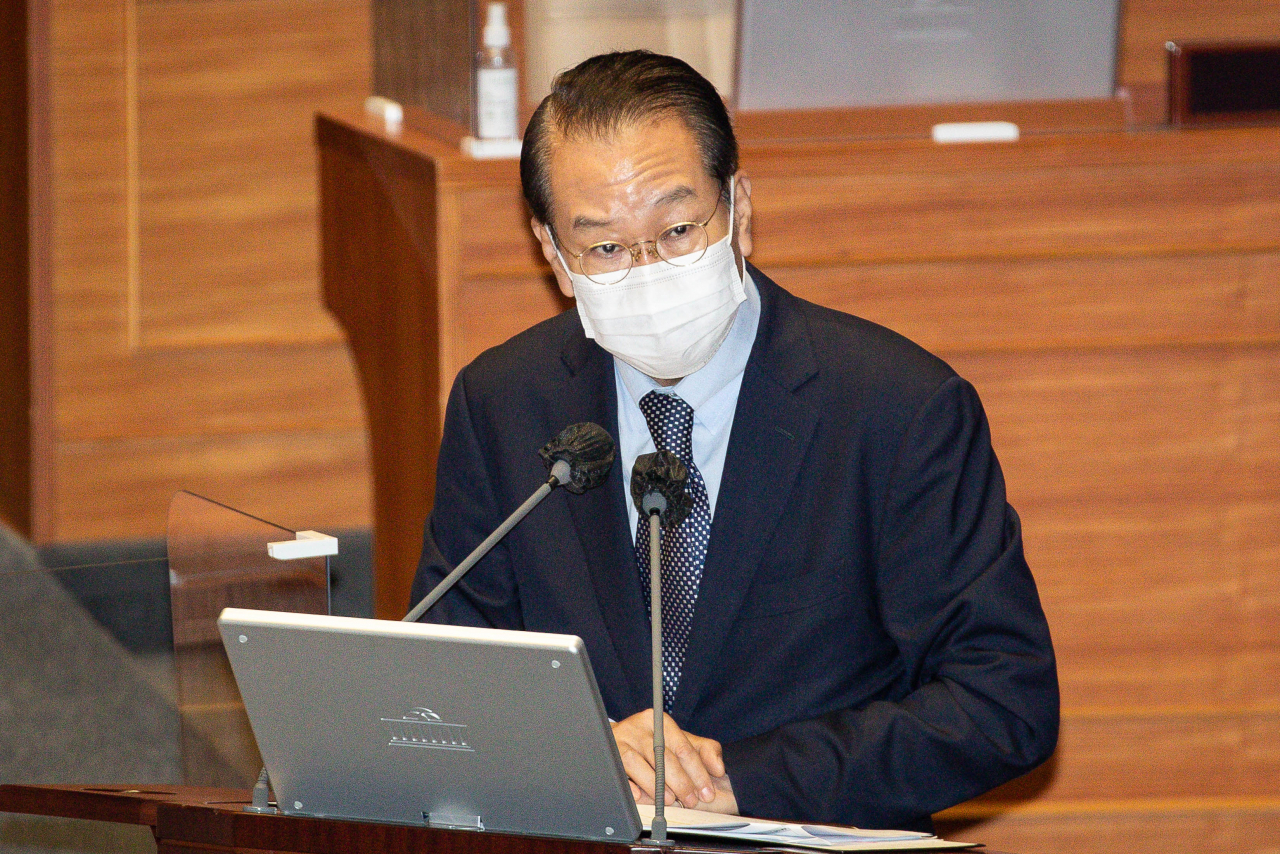 Unification Minister Kwon Young-se speaks to lawmakers at the National Assembly in western Seoul in this file pool photo taken on Sept.19. (Yonhap)

The South Korean government will push for the lifting of a ban on public access to North Korean television and media channels, a top official on inter-Korean relations told lawmakers Friday.

The government will seek to "gradually" open the door for North Korean broadcasts, media and publications in an effort to promote mutual understanding between the two Koreas, Unification Minister Kwon Young-se said in a report for a parliamentary audit session on his ministry's affairs.

"We will first permit ordinary people to access North Korean broadcasts, given that it will be difficult for North Korea to mutually take similar steps," Kwon said. "In the process, (we) will create a national consensus (on the matter) by having consultations with the National Assembly and related agencies and collecting opinions from all walks of life in the society."

Currently, South Korean media outlets can access North Korea's state-controlled broadcasts through satellite TVs. But ordinary people are prohibited from having access to the North's media and TV channels in general.

Kwon also said his ministry will study the possibility of sports exchanges on the occasion of international sports events, including the 19th Asian Games, scheduled to take place in the Chinese city of Hangzhou next year.

The two Koreas have fielded joint sports teams for the Olympics and the Asian Games in the past and marched together under a "unified Korea" flag at the opening ceremonies.

Meanwhile, Kwon said his ministry will continue to drum up international support for its "audacious initiative" aimed at helping Pyongyang improve its economy in return for denuclearization steps.

"We will not passively wait for North Korea's response. Rather, we will use sanctions and pressure to make the North abandon its nuclear development programs and also make efforts to encourage Pyongyang to come back to dialogue," he said.

In August, President Yoon Suk-yeol offered to provide economic incentives for the North as long as the Kim Jong-un regime shows its commitment to denuclearize. But Kim Yo-jong, the powerful sister of the North's leader, immediately rejected the offer as absurd.

Pyongyang has ratcheted up tensions on the Korean Peninsula with a series of missile launches, including the firing of an intermediate-range ballistic missile over Japan on Tuesday. (Yonhap)