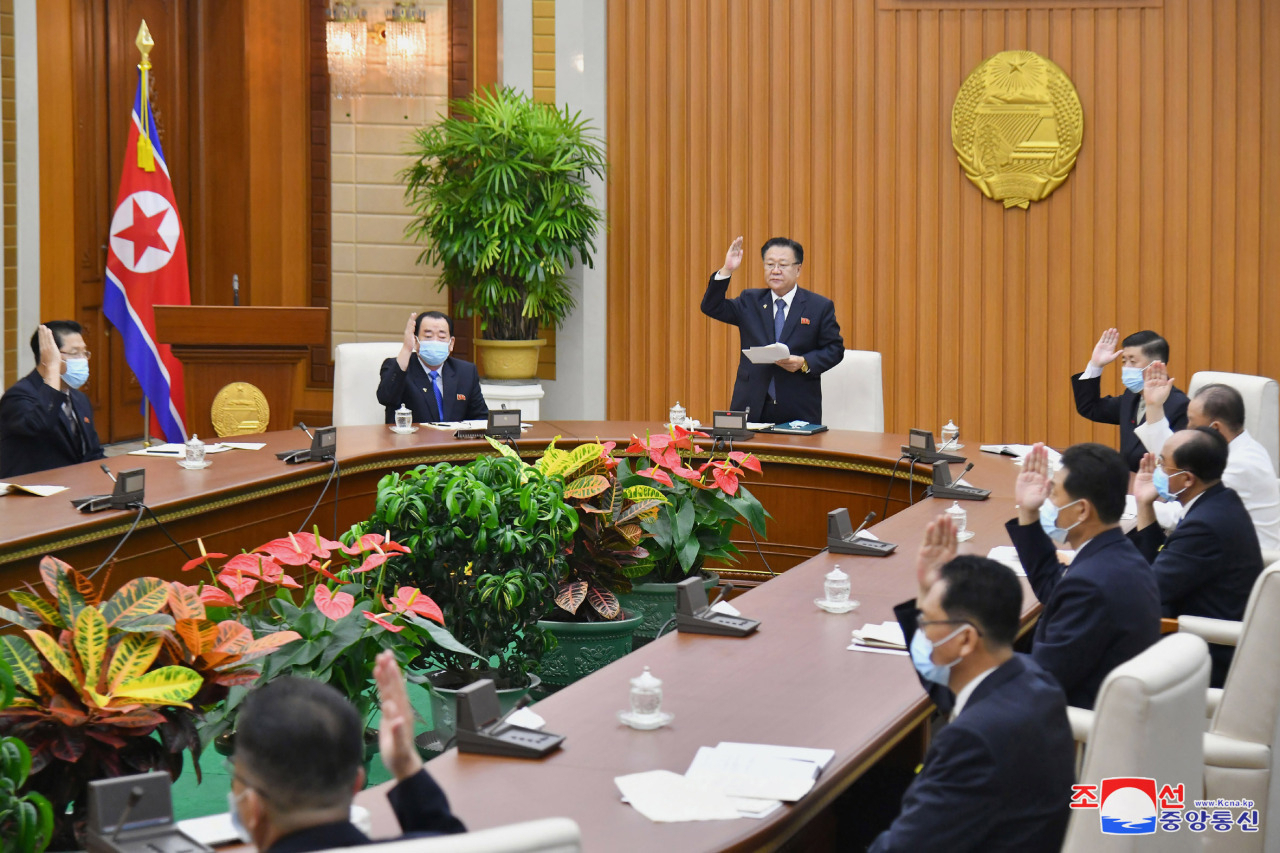 North Korea has come up with new guidelines on how to cope with the country's emergency health crisis and natural disasters at a key parliamentary meeting, its state media said Friday, amid efforts to prevent the spread of COVID-19 and frequent flood damage.

The plenary meeting of the Standing Committee of the Supreme People's Assembly (SPA), held in Pyongyang the previous day, adopted the law on emergency response, according to the official Korean Central News Agency (KCNA).

The law provides instructions on "setting up the regular unified direction" on swiftly coping with emergency crises in areas such as health and natural disasters, ensuring the procurement of reserve materials, and providing the labor force and materials needed in the emergency anti-epidemic and disaster control field, the KCNA said.

In recent years, North Korea has suffered from heavy downpours that could deal a serious blow to its agricultural output as the impoverished nation is apparently vulnerable to flooding due to poor irrigation and deforestation.

Pyongyang has also recently stepped up efforts to prevent the spread of infections since the outbreak of the global coronavirus pandemic. The North reported its first COVID-19 case in May and declared victory against the crisis in August.

The SPA meeting adopted another law on procurement to "contribute to fully meeting the demand for procured goods in the sector of the national economy and improving the standard of people's living by setting up the strict system and order in procurement," it added.

The KCNA did not provide further details on the type of "procured goods," but observers say it could be referring to grains as North Korean leader Kim Jong-un called for an increase in the state procurement levels in agriculture at a party congress meeting last year.

During the meeting, the North also adopted laws on the protection of new strains of plants and on the management of breeding livestock.

The SPA is the highest organ of power under the North's constitution, although it rubber-stamps decisions by the ruling party.

Choe Ryong-hae, president of the Presidium of the SPA, presided over the meeting. (Yonhap)