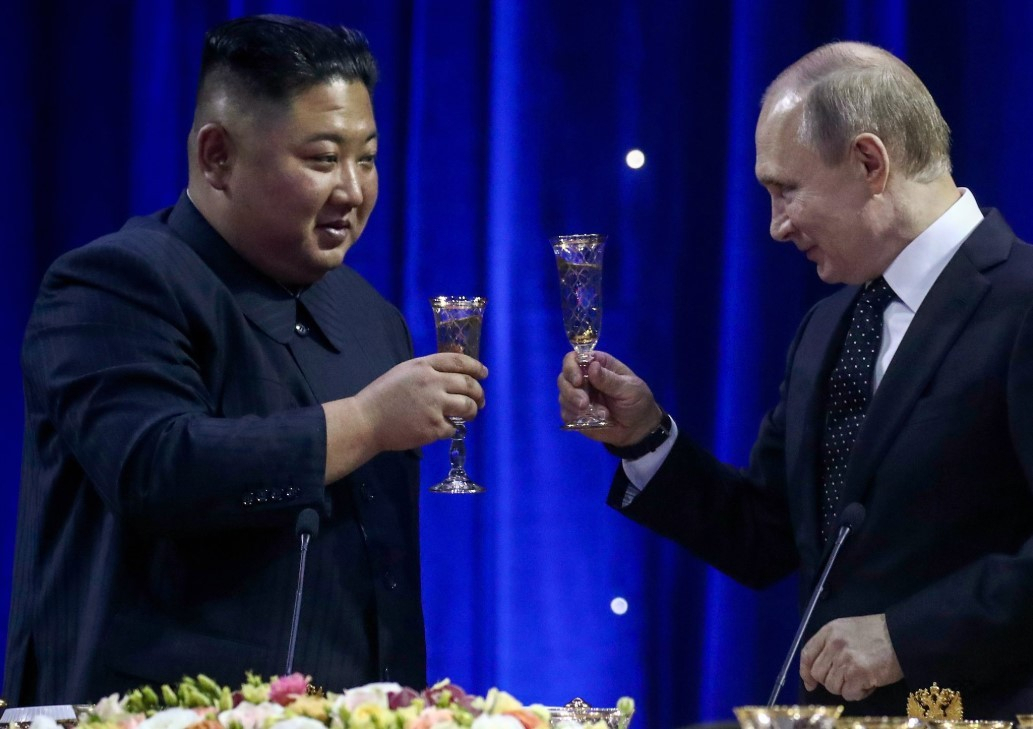 In the letter, Kim also lauded Putin's "signal achievements in attaining the grand strategic target for building powerful Russia" through his "energetic activities," according to the official Korean Central News Agency (KCNA).

"Today, Russia is reliably defending the dignity of the state and its fundamental interests from the challenges and threats by the US and its vassal forces," he said. "Such reality is unthinkable without your distinguished leadership and strong will."

Kim added that the mutual support and cooperation between Pyongyang and Moscow have been "strengthened as never before" in the struggle to develop traditional bilateral ties under the agreement made at their first summit in Russia's far eastern city of Vladivostok in 2019.

He then expressed hope that their personal ties will play a bigger role in steadily developing relations between the two countries.

North Korea has recently stressed its close ties with Russia amid frosty inter-Korean ties and a drawn-out impasse in nuclear negotiations with Washington. (Yonhap)