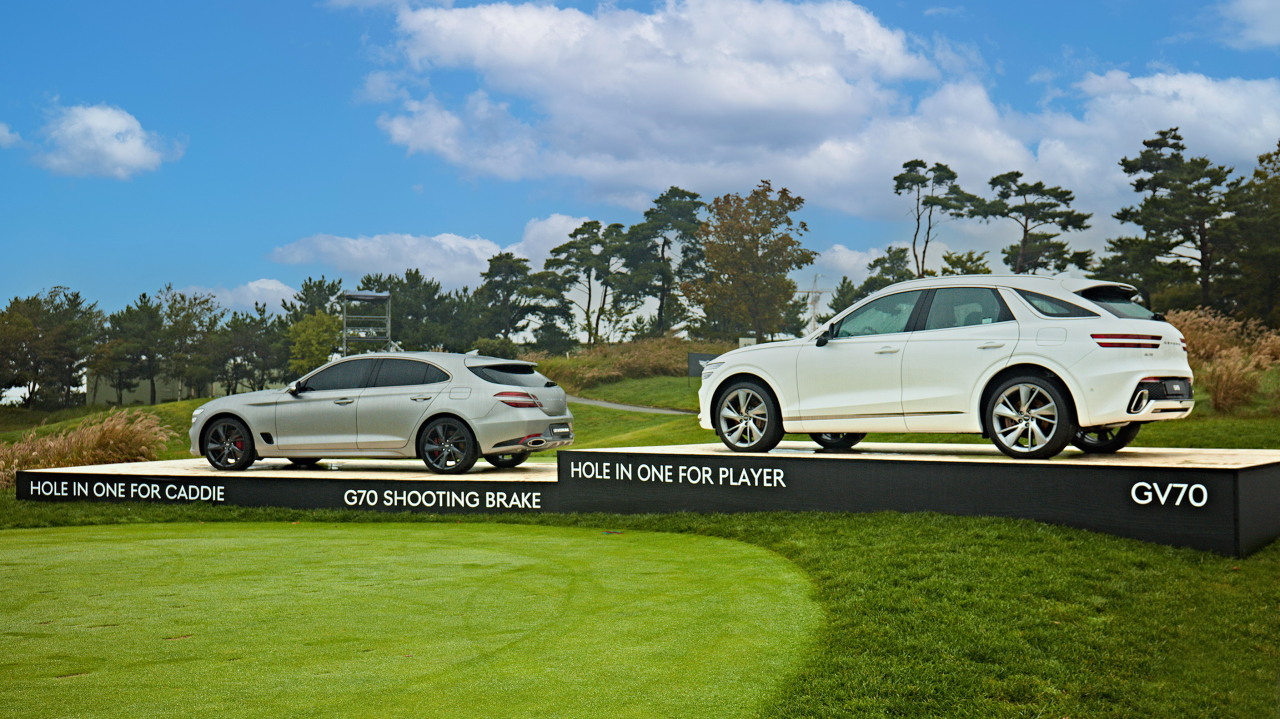 With one of the biggest purses on the Korean Tour, the 2022 Genesis Championship is the 19th tournament of this year’s KPGA (Korea Professional Golfers’ Association) season.

The winner will take home 300 million won and a Genesis GV80, along with sponsored exemptions for the Genesis Scottish Open and the Genesis Invitational.

The first player to hit a hole-in-one on the 17th hole will win a GV70 for himself, and a G70 Shooting Brake for his caddie.

This year’s tournament teed off with a gallery for the first time in three years as COVID-19 restrictions have been eased.

Hyundai Motor’s Genesis brand has hosted the Genesis Championship every year since 2017 to serve as a partner to Korean professional golfers who seek to play on the world stage.

The tournament is broadcast live on the JTBC Golf Channel from 11 a.m. to 5 p.m. on Thursday and Friday, and from 10 a.m. to 4 p.m. on Saturday and Sunday.