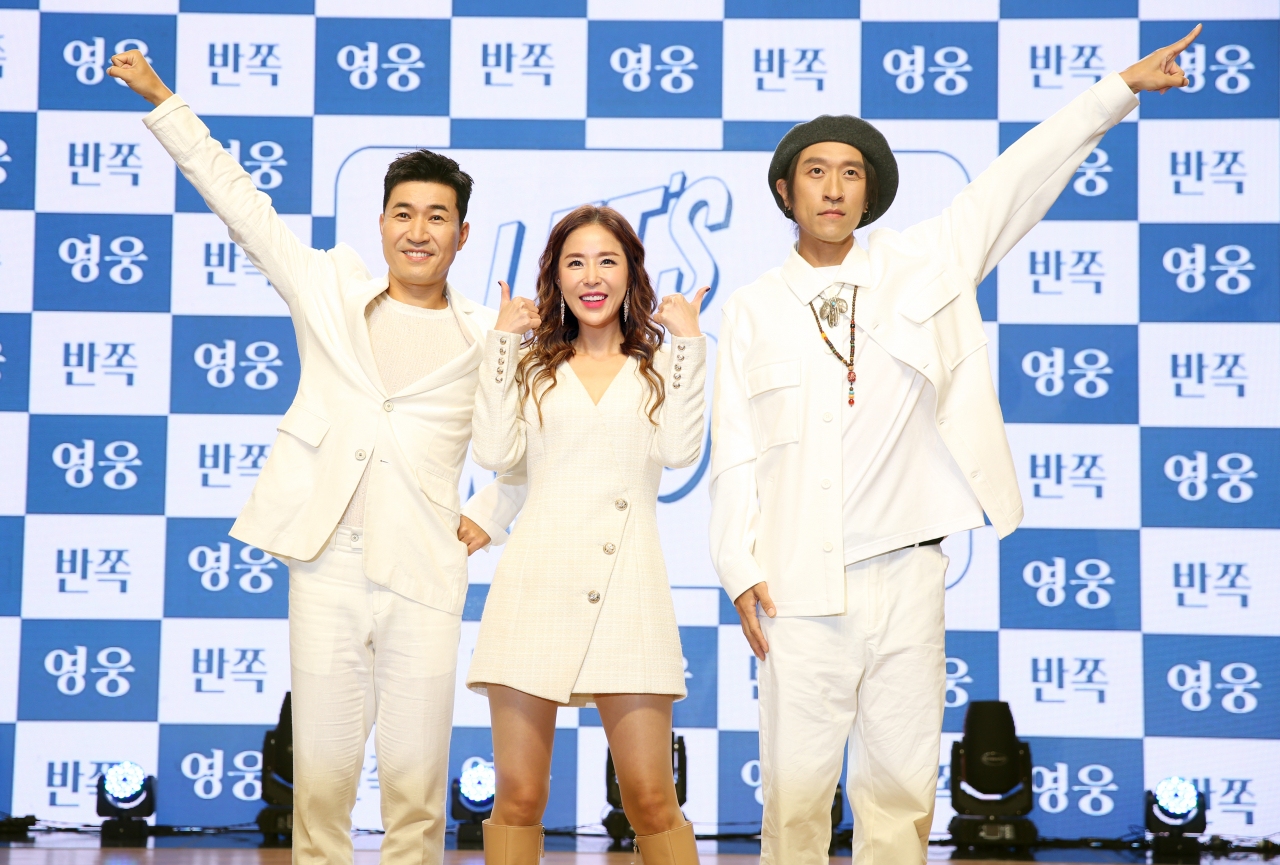 Koyote, a legendary co-ed Korean vocal group that boasts a career extending across 24 years, is back on the music scene with the new album “Let’s Koyote.”

The band, consisting of Kim Jong-min, Shin Ji and Bbaek Ga, held its ever-first media showcase since debuting in 1998 in Seoul on Wednesday to unveil two new songs -- “Hero” and “Soulmate” -- and look back on a long-lasting career. The two-track album is the follow-up to upbeat summery song “Go,” which released in August.

“I don’t usually get nervous on stage, but today I can feel my mouth is getting really dry. It’s our first showcase since debut and it means a lot to us,” said Shin Ji at the event, overwhelmed with excitement.

Double lead tracks “Hero” and “Soulmate” relay messages to fans that they are Koyote’s dearest heroes and soulmates, who have stood by their side through the ups and downs. Rapper Bbaek Ga took part in penning the lyrics for “Hero.” Koyote explained that the group hoped its new music could serve as an opportunity for fans to breathe new life into the group, whose activities had been halted during the pandemic era. 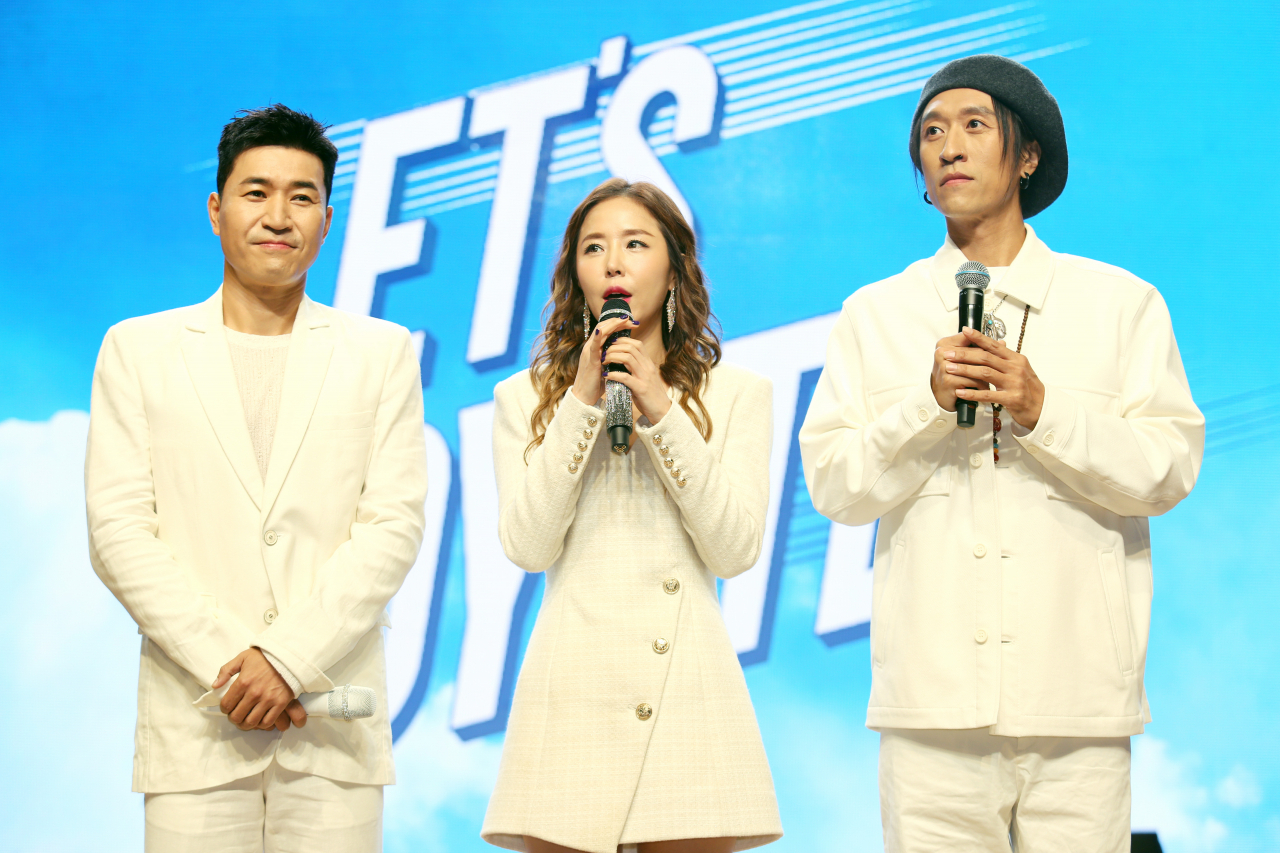 Dropping a new album in less than two months and preparing for the group’s forthcoming concert in November at the same time was no easy task for the band. But it was the mastery in balancing out their musical careers and individual lives that enabled the bandmates to keep moving forward despite the hectic schedule.

“Although our career wasn’t always rosy, we’ve managed to stick to each other throughout this whole journey. All three of us were well aware of the power of music, that we should stay together no matter what. And then came the COVID-19 breakout, which forced us to stop everything,” continued Shin Ji, explaining how preparing for the new album made her walk down the memory lane of the band’s rougher days.

“Then Jong-min told us to find what we could do individually, as Koyote will always be there, and not to hang our identities too much on the group. So we focused on our individual projects and hobbies while keep honing our musical talents just for the moment we could get together on stage.”

Having signed an exclusive contract with JG Star Entertainment in July, the bandmates continued to share that they put more weight on the company’s decisions and direction, rather than handpicking everything they wanted for the album themselves. “We might have let ourselves down musicwise, but eventually the songs got us to sing from the bottom of our hearts since they conveyed our own stories and histories,” said Koyote.

Koyote first entered the music scene in 1998 with hit single “Soon Jung,” which immediately became one of the most popular songs at nightclubs across Korea at the time. Among countless accolades and hallmark songs, the co-ed group shot to stardom with hits like “Man Nam,” “Sil Yun,” “Bi Mong,” “Disco King,” “Bingo,” “I Love Rock & Roll,” “Good Good Time” and “Hollywood.” 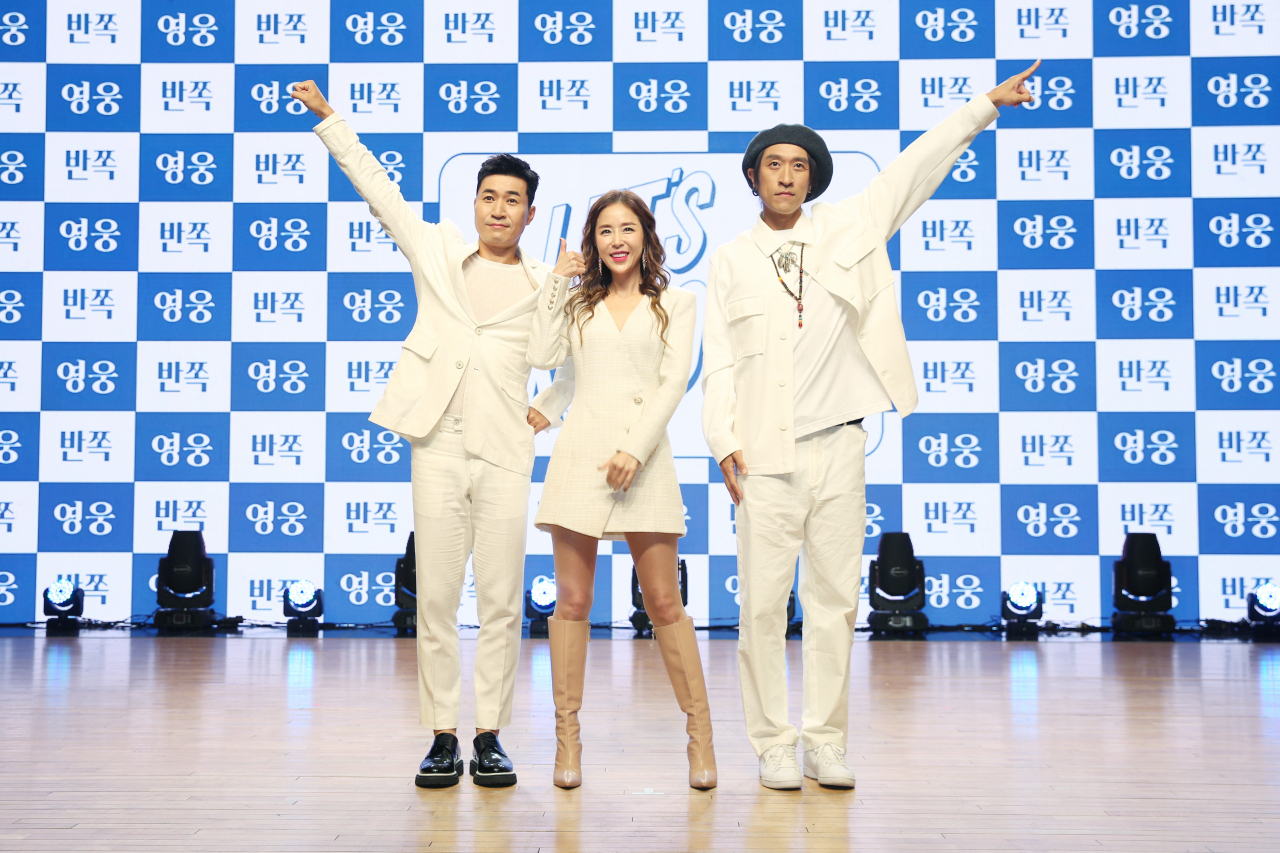 As the longest-running co-ed group in Korea, Koyote plans to continue the legacy for the next few decades, at the least.

“Our goal is to hold a dinner show for our 40th anniversary, which is also the same year as Jong-min’s 60th birthday. The only difference would be that we would be singing while seated,” said Shin Ji with a laugh.

“As I get older, everything gets so precious. We will keep moving forward with this mindset.”

Koyote is set to hold concerts on consecutive days at Sejong University Daeyang Hall in Seoul on Nov. 5 and 6 and continue on a nationwide tour.