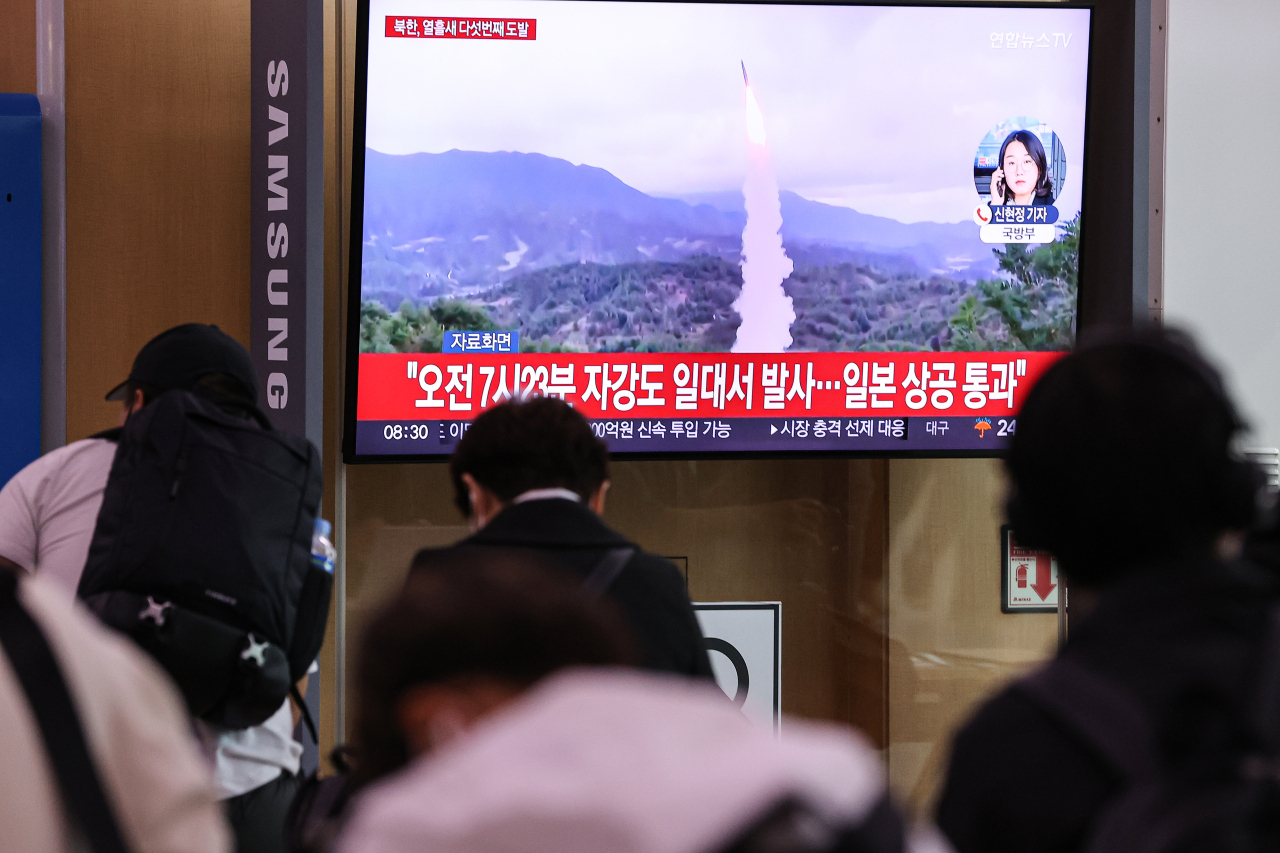 North Korea fired two short-range ballistic missiles toward the East Sea on Thursday, South Korea's military said, after a US nuclear-powered aircraft carrier was redeployed to the waters the previous day.

The Joint Chiefs of Staff (JCS) said it detected the launches from the Samsok area in Pyongyang between 6:01 a.m. and 6:23 a.m. It did not provide other details.

The USS Ronald Reagan returned to waters east of South Korea after it departed last week following an exercise with the South Korean Navy and then trilateral anti-submarine warfare drills involving Japan.

The carrier is expected to engage in another trilateral exercise with Japan in the international waters of the East Sea later in the day. (Yonhap)