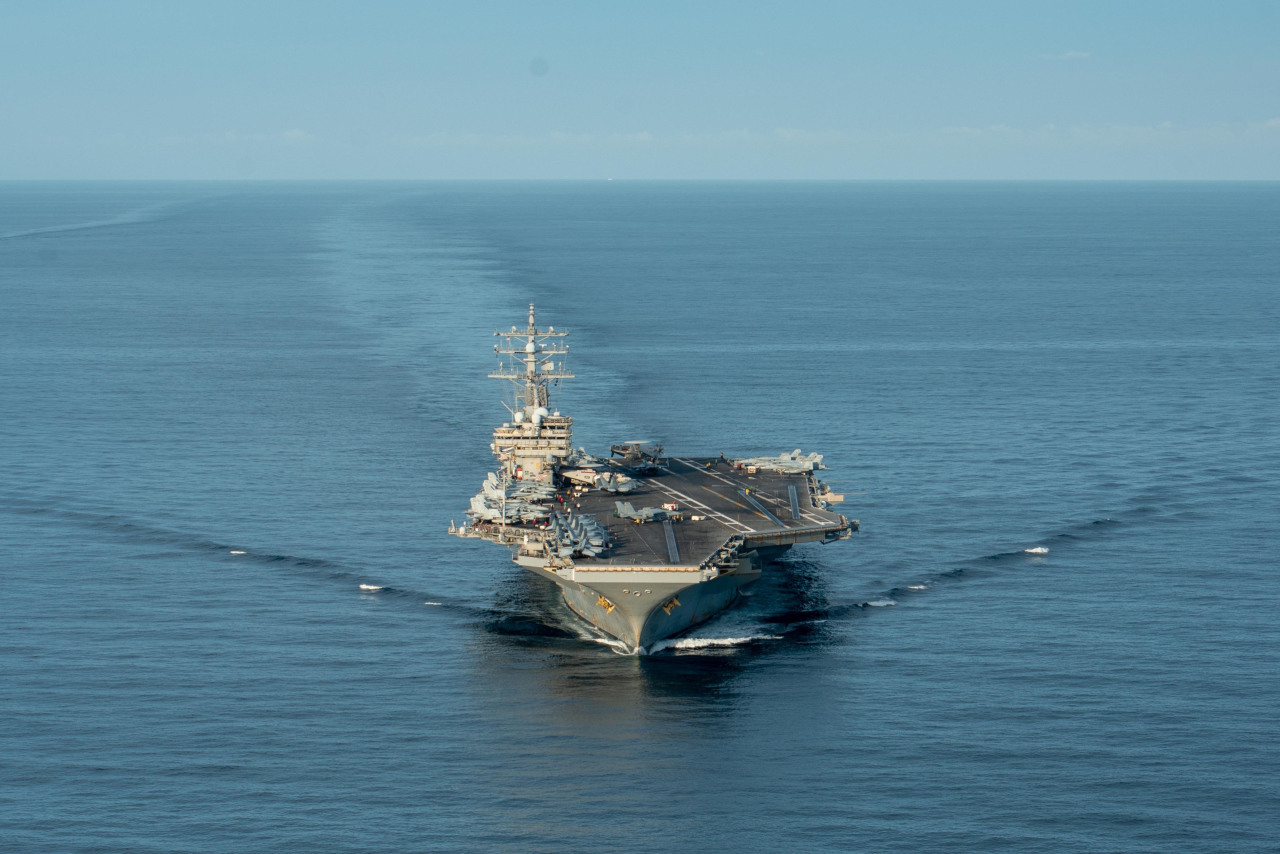 The US Navy’s USS Ronald Reagan, a 100,000-ton nuclear-powered supercarrier, and its strike group were deployed in the international waters of the East Sea as of Wednesday.

The redeployment of the key US strategic asset near the peninsula is the allies’ swift and rare countermove to North Korea’s launch of an intermediate-range ballistic missile that flew over Japan and was believed to have splashed down in the Pacific Ocean on Tuesday morning.

“The re-dispatch of the carrier strike group to the Korean Peninsula is highly unusual and shows the resolute will of the South Korea-US alliance to strengthen the alliance’s readiness posture against North Korea’s consecutive provocations and to respond decisively to any kind of provocation and threat from North Korea,” the JCS said.

The JCS explained that South Korean Defense Minister Lee Jong-sup and US Secretary of Defense Lloyd Austin agreed to take the action during their phone call on Tuesday.

The decision of the two defense chiefs is based on the commitment forged between South Korean President Yoon Suk-yeol and US President Joe Biden at their May 21 summit. Yoon and Biden reaffirmed the commitment to deploy US strategic assets in a “timely and coordinated manner as necessary.”

The South Korean and US navies and the Japan Maritime Self-Defense Force are reportedly set to stage trilateral drills on Thursday in international waters of the East Sea.

The three navies are likely to conduct a  ballistic missile defense exercise that aims to improve interoperability and tactical and technical coordination among participants in detecting, tracking, reporting and assessing ballistic targets.

U-turn to Korean Peninsula
The redeployment notably came days after the USS Ronald Reagan and its strike group joined a trilateral anti-submarine warfare exercise that was conducted by the navy forces of South Korea, the US and Japan on Sept. 30 in the international waters of the East Sea.

The USS Ronald Reagan Carrier Strike Group conducted bilateral naval exercises with the South Korean Navy’s fleet from Sept. 26 to 29 in the East Sea operational area, called the Korea Theater of Operations, after they entered a naval base in Busan on Sept. 23 for the first time since 2017. 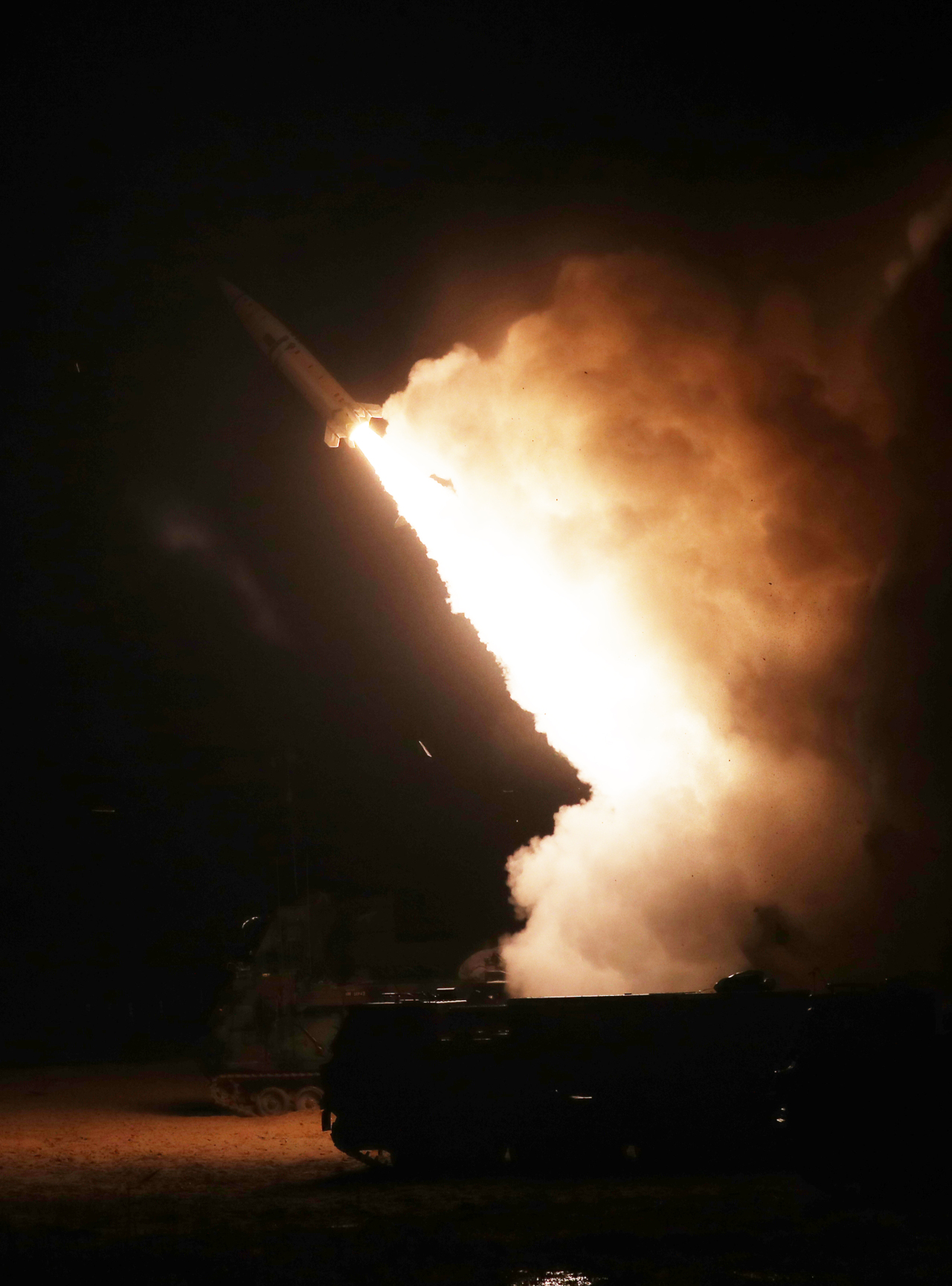 The South Korean military assessed that North Korea fired a suspected intermediate-range ballistic missile from Mupyong-ri in the northern province of Chagang on Tuesday morning. The missile flew about 4,500 kilometers at a speed of around Mach 17 and at an altitude of 970 kilometers.

The latest missile launch marked the first time that North Korea's ballistic missile overflew Japan since September 2017, and its flight distance is believed to be the longest among the previous missile launches.

In response to North Korea’s IRBM launch, South Korea and the United States on Wednesday fired four surface-to-surface missiles from the coastal city of Gangneung, Gangwon Province, toward the East Sea from around 12:50 a.m. to demonstrate their precision-strike capabilities, South Korea’s Joint Chiefs of Staff announced.

South Korea also fired one Hyunmoo-2C ballistic missile during the live drill, but it fell within its military base after an abnormal flight.

The JCS explained that South Korea and the US “demonstrated combined forces’ response capabilities” by conducting the live-fire drill, underscoring the allies' readiness against North Korea’s potential provocations that could happen anywhere in the country.

An F-15K fighter jet fired two air-to-ground joint direct attack munitions at a target on Jikdo, an inhabited island off the west coast, to demonstrate its precision strike capabilities.

JCS Chairman Gen. Kim Seung-kyum on Wednesday held a call with his US counterpart Gen. Mark Milley and discussed ways to deal with North Korea’s missile and nuclear threats, according to South Korea’s JCS.

Kim and Milley “agreed on the need for trilateral security cooperation among South Korea, the US and Japan to counter North Korea’s military threat.”

Both sides also committed to discussing ways to enhance the alliance’s response capabilities and the viability of the US extended deterrence against North Korea’s nuclear and missile threats on the occasion of the upcoming Military Committee Meeting in Washington.

The allies’ joint actions also aim to deter further provocations, while the South Korean military has braced for the possibility of North Korea conducting more missile tests in the foreseeable future.

South Korea’s Defense Ministry said Tuesday in a policy report to a parliamentary audit that North Korea has been preparing to test a new liquid-fuel intercontinental ballistic missile and submarine-launched ballistic missile to master technologies.