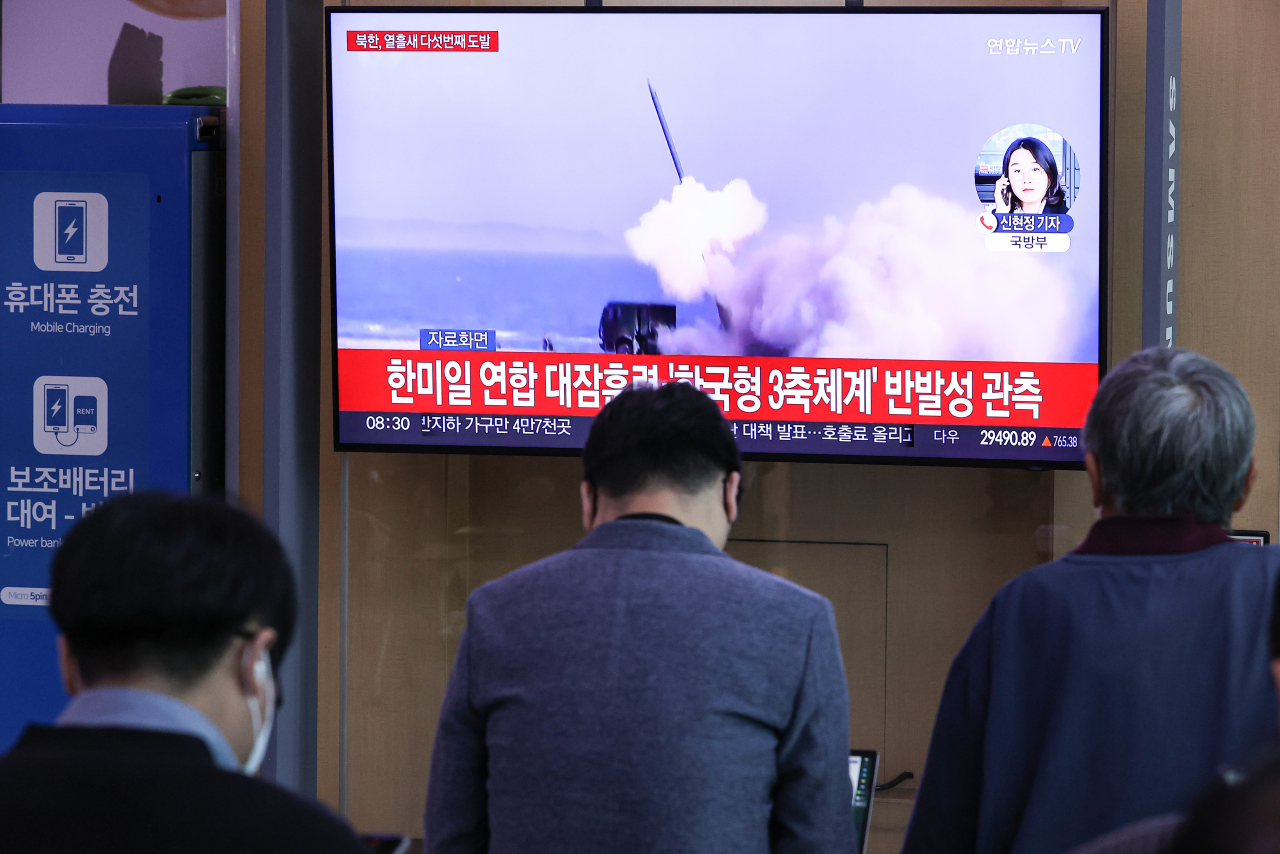 North Korea's state media outlets remained silent Wednesday about its latest launch of an intermediate-range ballistic missile (IRBM), as its leader Kim Jong-un has stayed out of public view for nearly a month.

The North's official Korean Central News Agency (KCNA), the Korean Central Television and the Rodong Sinmun, the official newspaper of the country's ruling Workers' Party, carried no reports on the missile test conducted the previous day.

The missile traveled some 4,500 kilometers at a top altitude of around 970 km over Japan, marking the North's first flight test of an IRBM in eight months, according to South Korea's military.

The secretive North had often boasted about its major weapon system tests through its state-controlled media with photos of Kim "guiding" them in person.

Since May, however, the North has remained silent publicly about such missile tests, including the May 25 launch of intercontinental ballistic missiles (ICBMs).

Some experts here cited a health crisis from the COVID-19 outbreak in the North and food shortages as possible reasons why state media have refrained from reporting on the country's missile launches.

The North's silence may also indicate the wayward regime would continue to press ahead with its push to strengthen military capabilities by routinizing such provocative acts, according to observers.

Meanwhile, Pyongyang's media have not carried any report on Kim's public activities since Sept. 9.

Concerns are growing that Pyongyang may conduct what would be its seventh nuclear test in the near future. (Yonhap)