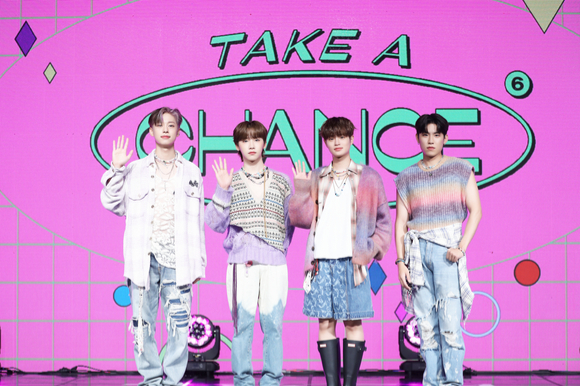 The EP conveys the bandmates’ own stories and feelings, particularly “how opportunities are always close and how we are to prove it,” said Lee Daehwi.

Jeon Woong admitted that he was under a lot of pressure preparing the album. Lee agreed, acknowledging that he has had a hard time writing music as he was caught up in the idea that he had to make something new.

“So I wanted to take something common yet anyone can empathize with, and came to borrow love stories,” said the singer-songwriter.

The four bandmates have recently toured the US and Asia for a series of fan meetings.

“It reminded me of what ‘hanging out with our fans’ is … and I’ve gained energy that I need to work on new music,” said Kim Donghyun. 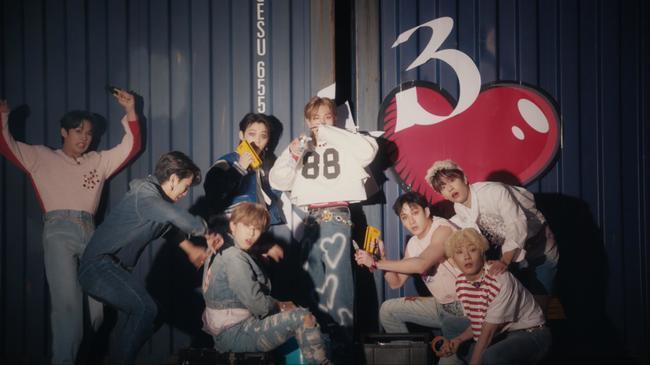 Stray Kids gave fans a peek at “Case 143,” the main track from its upcoming EP, with a teaser trailer.

The video clip showed the eight bandmates dancing in perfect choreography to the addictive beats of the song. The songwriting trio within the team 3Racha -- Bang Chan, Changbin and Han -- not only wrote the lyrics and melody, but also produced the song on Generation Z’s way of expressing love.

The EP “Maxident” will be fully released Friday. The album had already sold more than 2 million copies in preorders as of last week, which will make it the band's third million-selling album.

Its second studio album “Noeasy” from last year was its first, followed by the EP “Oddinary” in March. The EP topped the Billboard 200 and Stray Kids became the third K-pop act ever, after BTS and SuperM, to achieve the feat at the time. 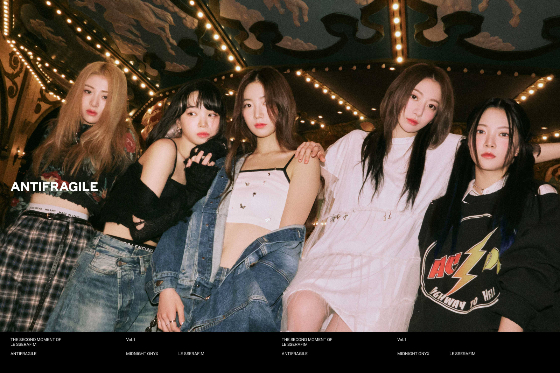 Le Sserafim listed all five tracks from its second EP, “Antifragile,” on Tuesday.

Producer Bang Si-hyuk had his hands on the title track, a catchy Afro-Latin pop tune through which the bandmates assert how they will only get stronger in the face of hardships.

The EP boasts a score of global producers and songwriters, including American pop singer and songwriter Salem Ilese, who co-wrote the words for last track “Good Parts.” Huh Yun-jin participated in writing three tracks and Sakura Miyawaki on the last.

The quintet is releasing the EP on Oct. 17, five months after its first.

Meanwhile, Hong Eun-chae contracted COVID-19 over the weekend and will be absent from the group’s activities for the time being, including its scheduled appearance at the Fact Music Awards on Saturday.

Dreamcatcher to tour Europe next month 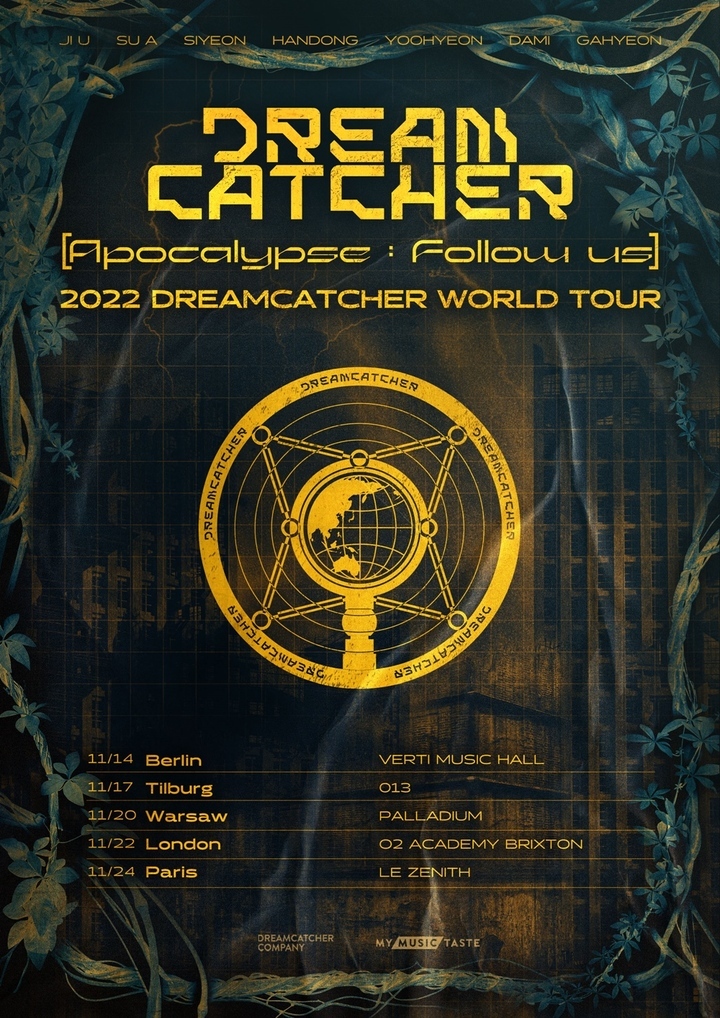 The “Apocalypse: Follow Us 2022” tour will bring the seven bandmates to the continent for the first time in three years. They will perform in front of fans in Germany, the Netherlands, Poland, the United Kingdom and France, starting from Nov. 14. Before heading to Europe, the group will hold Halloween-themed concerts in Seoul on the last weekend of this month.

The forthcoming tour is named after its seventh EP that will come out on Oct. 11. It carries on the message the group brought up for its second full album, “Apocalypse: Save Us,” in April, warning against climate change and natural disasters.