Ahead of the album’s release on Tuesday, the rookie boy band’s members shared their thoughts and musical ideas that went into its forthcoming musical project via an official press release Q&A.

Q. How does it feel to release an album after enjoying a successful first half of the year?

Hyun-suk: We got a lot of love during the first half of the year with “Jikjin” and “Darari,” which we saw climb back up the chart, so we’ve prepared this new album with a bit of anxiety. The process of making it was fun, though we made the album with this slight anxiety. We feel more excitement than pressure, so I’m hoping tomorrow will come quickly.

Asahi: I was determined to work harder on this album than we did on our previous one. The members have put a lot of their efforts into this album. I want to show the album (to fans) as soon as possible. I tried to blend in elements fans would like, and I hope that these will land well.

Q. Every musical activity was a leap forward for Treasure. What sides of yourselves do you want to show through the new album?

Jeong-woo: We tried to maximize Treasure’s energetic charm by adding more expressions while keeping up our usual bright and perky energy. I was most pleased to hear that that people received comfort and solace through Treasure’s music. I hope that the new album will also meet those expectations.

Ji-hoon: Each bandmate tried to improve his capabilities and teamwork. We want to show how much we’ve grown over time and a wider musical spectrum. We tried various new looks, so I hope people will also pay attention to that as well.

Q. What kind of album is “The Second Step: Chapter Two?”

Hyun-suk: It’s an album brimming with confidence and sincerity, since the members were so involved in it. We paid a lot of attention to our previous albums, but the new album means a lot since we worked on it for such a long time. We’ve made an album that is the most Treasure-like album, since all the members are listed in the credits. From dance, R&B, hip-hop and pop to hard rock, we’ve endeavored in many different genres so that everybody can enjoy it.

Haruto: Like the titular “Hello,” we made this album with the hopes that it’ll bring us closer to the public. Also, we worked on unit songs for the first time for “VolKno” and “Thank You,” which will be a fresh take for fans who listen to them.

Q. What kind of charm does the title track “Hello” carry?

Jun-kyu: It’s a song filled with the positive and energetic dynamic of youth. I thought it’d be compatible with the “cheer up” image that Treasure has. I thought that I could roam around on stage with the members with this song.

Yoshi: I wanted to work on the rap verse part as soon as possible from the moment I heard it -- I liked the melody in the chorus. It’s a dance song with a bright mood overlaid with Treasure’s warm color. That’s how we made “Hello.” I hope it will deliver the happy feeling we felt to those listening. 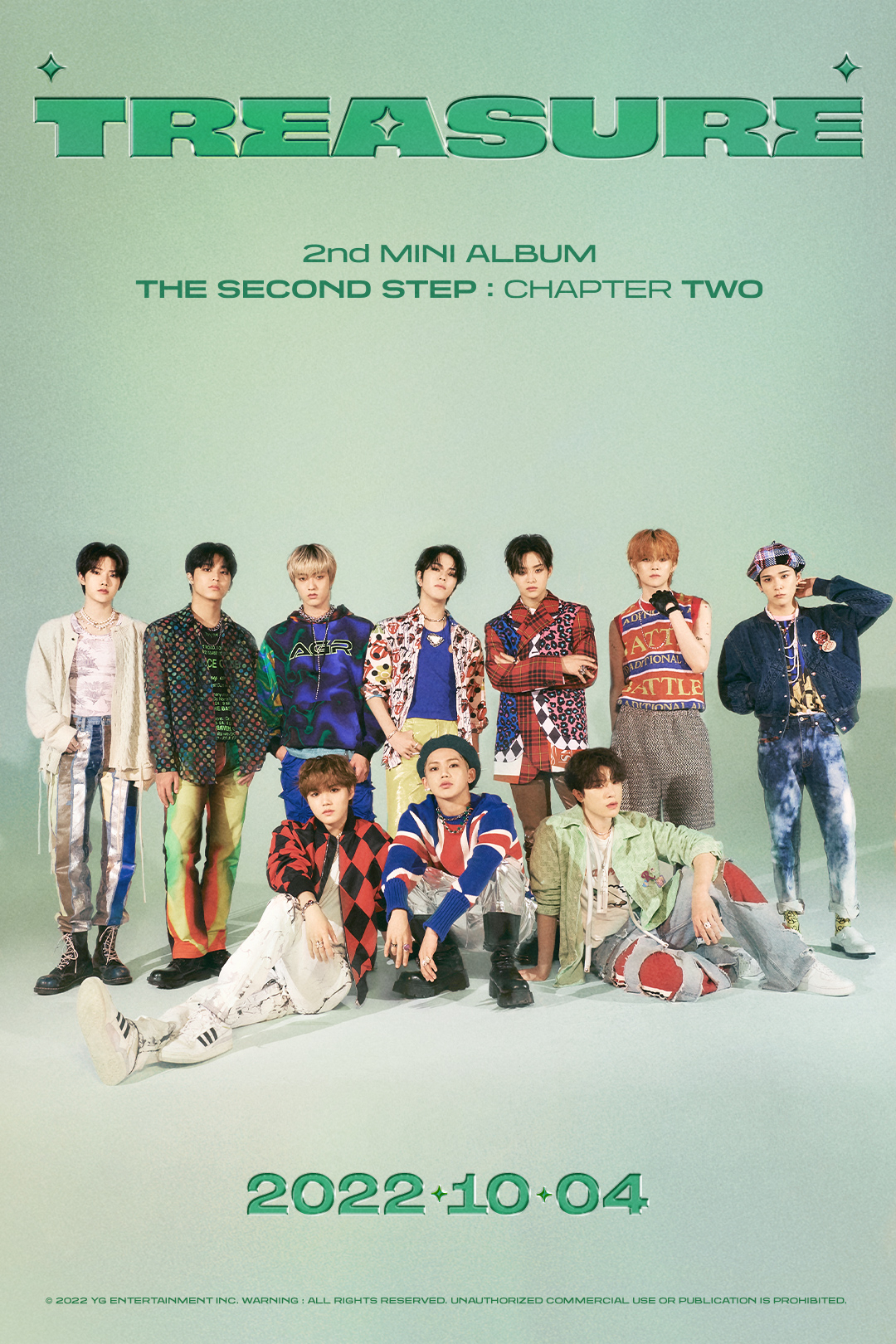 Q. What kind of performance can we expect through “Hello?”

Jung-hwan: We prepared a performance where by expressing our bright energy, anybody who watches it can revel in it. There’s a greeting dance that shows the song’s title. As simple as it is, it has a great impact, so I think many people can enjoy it. There’s also a cute yet fun performance at the last sing-along verse, so please look forward to that.

Q. What should people watch for in the “Hello” music video?

Jae-hyuk: I hope people will enjoy Treasure’s free-spirited side during the festival. There’s a part where we dance in front of a structure with the word “Hello,” where people can feel our zest and liveliness.

Q. How does it feel to be considered a global 4th generation K-pop group?

Jung-hwan: From the fullness of my heart, the love and support we receive from fans make us dream again. That made me become a better artist and passionate about making music more people can relate to and enjoy.

Jeong-woo: I hope we’ll have more opportunities to meet fans abroad, and that we’ll work harder – as much as fans’ showing their love to us. I want to use this opportunity to thank fans for achieving 100 million views for the music videos of “Jikjin” and “I Love You.” I’m deeply touched and grateful, beyond the numerical figures we’ve achieved.

Q. How did you prepare your second EP, and how are you preparing for the Seoul concert and the Japanese tour?

Jae-hyuk: I’m excited since it’s the tour I’d been yearning for. Besides the busy schedule, I’m thrilled to meet fans in live concerts and I’m excited as I get ready for it.

Do-young: I’m enlivened by the fact that we can meet and communicate with fans in person on music shows this time. As the pandemic eases off, I think that we are even more excited and looking forward to the comeback than our fans, since there are many things we can do with them.

Q. Can you give one last message to Treasure Makers (the band’s official fandom), who’ve been waiting for the comeback?

Ji-hoon: I hope the album will be a present for Treasure Makers. I always say this, but I’d like to say thank you and that I love you. I wish to make memories to cherish with Treasure Makers without any injuries while promoting “Hello.”