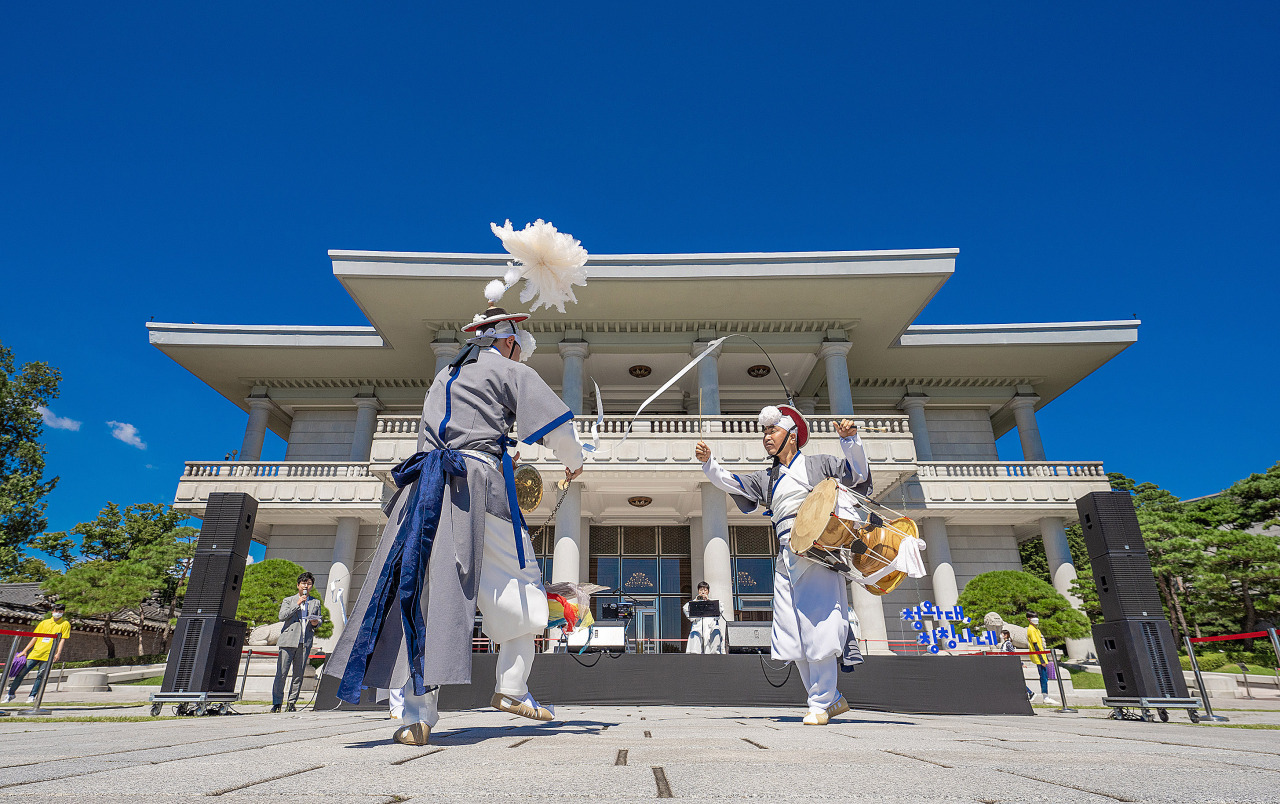 A performance of the traditional South Korean percussion music takes place in front of Yeongbingwan, the state guesthouse at the former presidential compound Cheong Wa Dae, on Sept. 9, 2022. (Cultural Heritage Administration)
The total number of visitors to the former presidential compound of Cheong Wa Dae has topped the 2 million mark, data showed Sunday.

The milestone was reached around 10:35 a.m. Sunday, according to the Cultural Heritage Administration (CHA).

Cheong Wa Dae had been the presidential office and residence for the past 74 years in Seoul before President Yoon Suk-yeol relocated the top office to the former defense ministry building in Yongsan in central Seoul.

Cheong Wa Dae opened its doors to the public on May 10 and has already drawn nearly twice as many visitors as Gyeongbok Palace, one of Seoul's most popular tourist attractions, last year.

Visits to Cheong Wa Dae require online reservations, and six time slots, each running for 90 minutes, are available six days a week between 9 a.m. and 6 p.m. The compound is closed on Tuesdays, and there is a daily cap of 49,000 visitors.

The CHA said Cheong Wa Dae averages 20,000 visitors per day on weekends and about 10,000 per weekday.