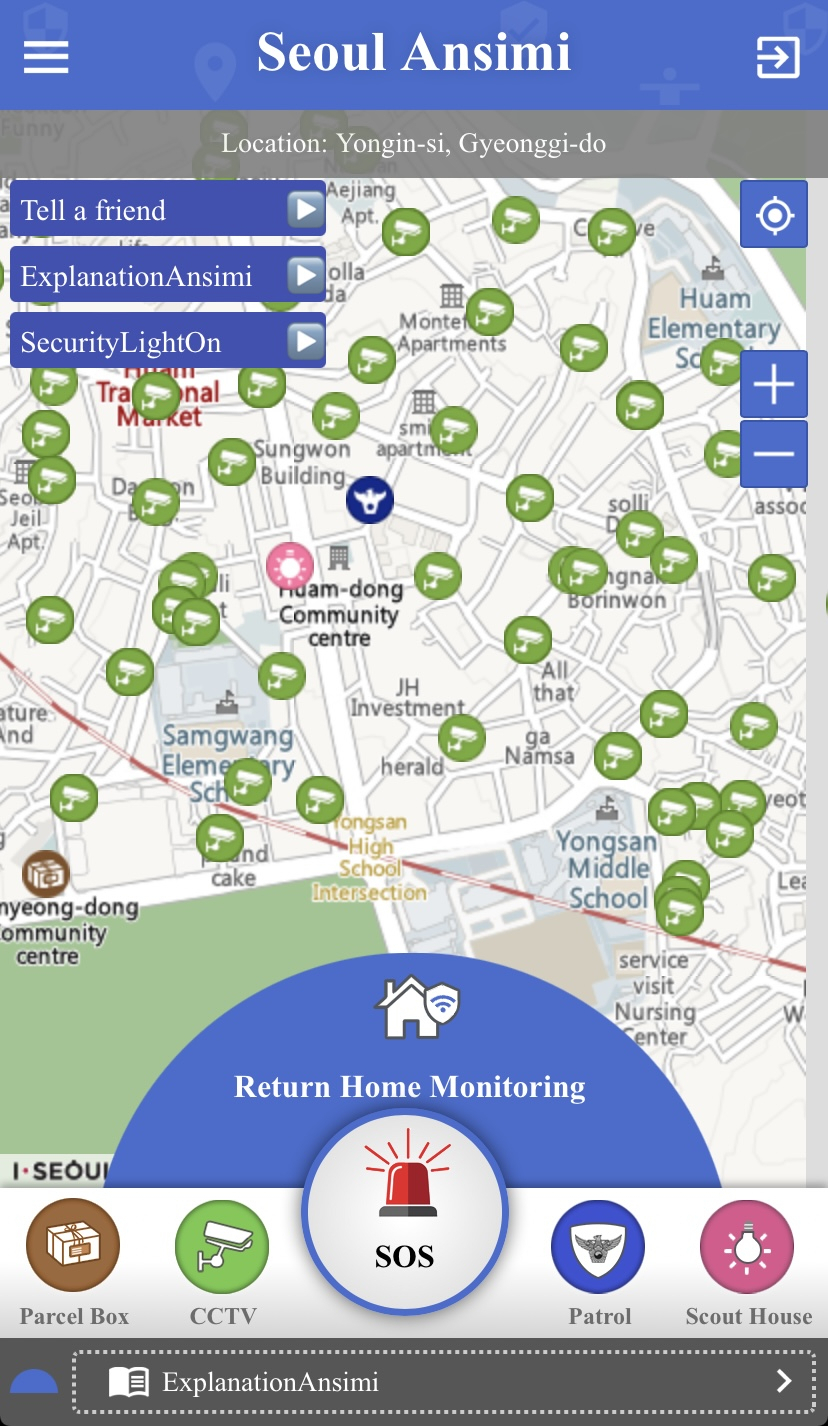 Seoul Metropolitan Government has started providing foreign language services on its personal safety app, Ansimi, in an effort to ensure the well-being of foreign residents and visitors to the city.

The service, which was previously only available in Korean, will now offer service in three additional languages -- English, Chinese and Japanese -- starting Saturday. This comes as the number of foreign residents in Seoul grew by 31 percent over a decade, while crimes against foreigners have seen a rise this year.

“With the foreign language service, Seoul will support foreigners who are not apt to use Korean to keep their everyday life safe,” said Kim Seon-soon, director of the Women and Family Policy Office at the city government, Thursday. “We hope many more people download the app as it can be used in almost every emergency case, including stalking and distress."

Ansimi is a platform that provides 24-hour security services for residents in Seoul, with more than 110,000 members using the app, according to the city government’s report in May.

The app features services for city residents to return home safely at night through monitoring of some 70,000 surveillance cameras across Seoul and to also request a local patrol to accompany them on the return home.

The application provides locations of nearby police stations, shelters and surveillance cameras as well as 24-hour emergency reporting functions.

In the case of emergency assistance, Ansimi provides interpretation services to aid communication via phone.

Not only residents, but visitors to Seoul can also access the services by downloading the application and signing in, regardless of nationality or gender.