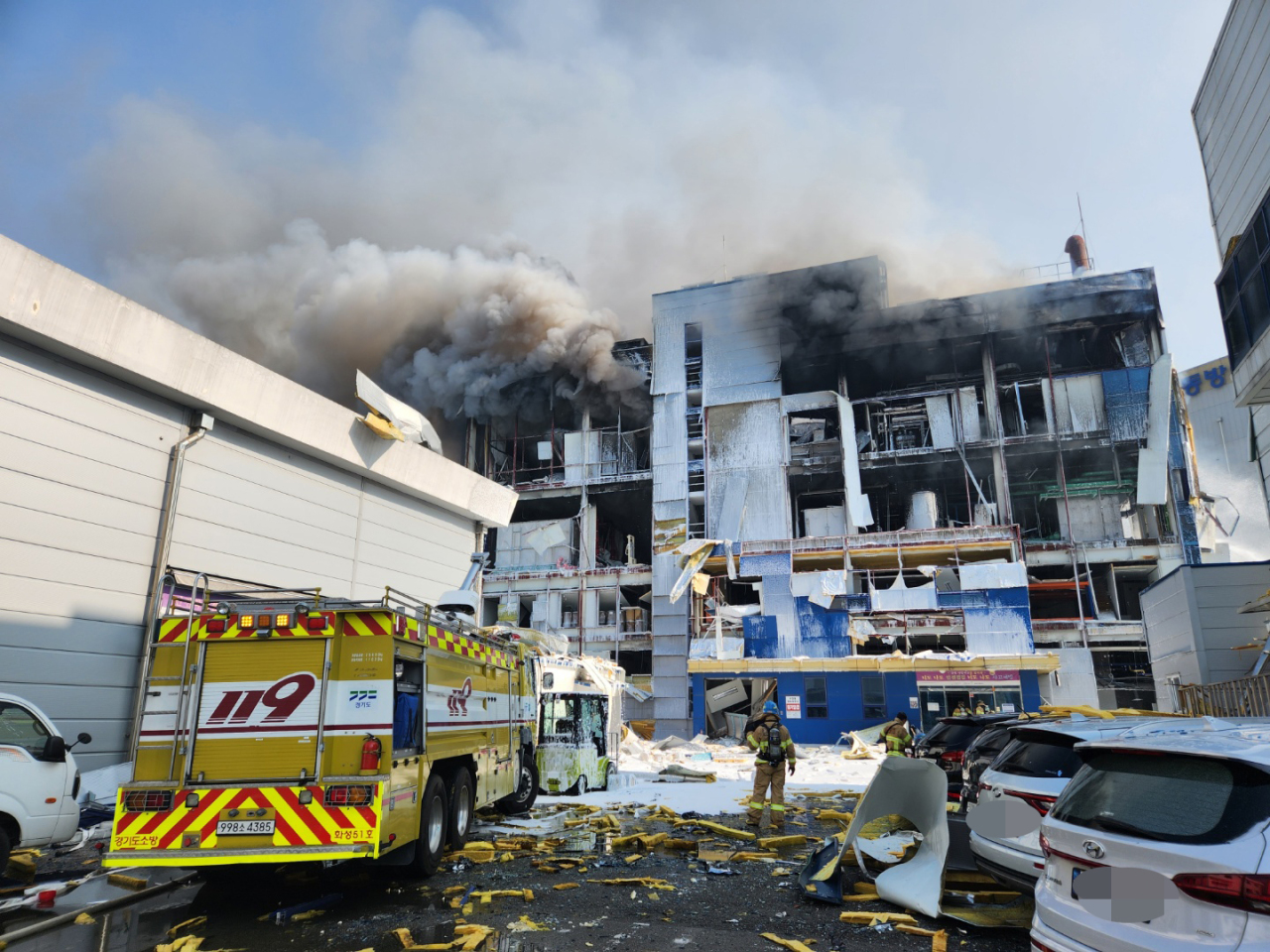 Thick smoke rises from a fire at the plant of a pharmaceutical company in Hwaseong, about 50 kilometers south of Seoul, on Friday. (Yonhap)

An explosion sparked a fire at a pharmaceutical factory in Hwaseong, south of Seoul, on Friday, leaving one person dead and 14 others injured, officials said.

The fire broke out at the Hwail Pharmaceutical Co. factory in Hwaseong, about 50 kilometers south of Seoul, at 2:22 p.m. and dozens of emergency calls came in reporting they heard the sound of an explosion, fire officials said.

Officials said one person was killed and 14 others were injured. Officials said the deceased was a person in their late 20s who initially went missing and was later located behind the factory. Of the 14 injured peoole, four sustained serious injuries, while 10 others suffered smoke inhalation.

All 15 were Hwail Pharmaceutical employees. Officials said some 40 other employees evacuated safely.

The explosion came from the third floor of the five-story building, fire officials said.

Fifty-two units of fire trucks, water pump vehicles and other equipment were sent to the scene, along with 94 firefighters, officials said.

Police and firefighters plan to look into the exact cause of the fire as soon as the blaze is brought under control. (Yonhap)