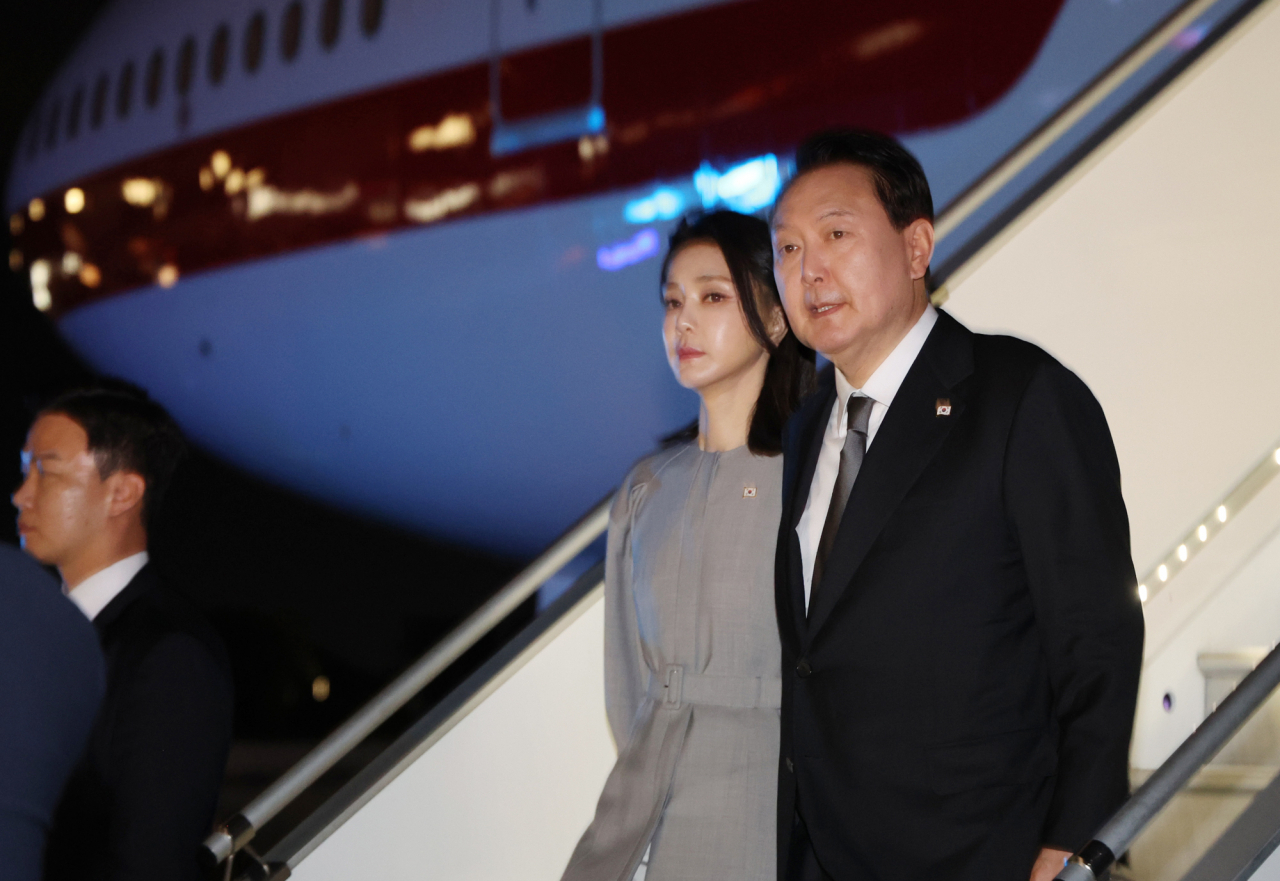 In a note sent to the media, Kim Eun-hye, senior presidential press secretary, said Yoon will not accept a parliamentary no-confidence motion to hold Foreign Minister Park Jin accountable for what the Democratic Party (DP) claims was a disastrous overseas trip by the president. No further explanation was provided.

On Thursday, the DP, which holds a majority with 169 out of 299 National Assembly seats, passed a motion calling for the dismissal of the foreign minister despite the ruling party's boycott of the vote.

The DP sees Yoon's recent trip to Britain, the United States and Canada as a diplomatic fiasco, highlighted by gaffes and blunders. The party believed Park, as the top diplomat, should take the fall for the mess.

The DP slammed Yoon for defying the prevailing public sentiment and wasting one last opportunity to put an end to the controversy.

Lee Soo-jin, the DP spokesperson, said the opposition party felt "devastated" that the president refused to take any responsibility for the "unprecedented diplomatic disaster."

"By rejecting this no-confidence motion, Yoon only confirmed that diplomatic incompetence has been his own problem," Lee said. "The DP will not cease to fight until the president apologizes and reprimands people responsible for this."

Yoon was never expected to comply with the motion. On Thursday, Yoon had called Park "a remarkably capable person" and said he was worried about the foreign minister's health because of Park's constant traveling "for the sake of the national interest."

Including Park's case, four parliamentary motions to dismiss a Cabinet member have been approved since 1987, when such motions became non-binding, though in 2016, then-Agriculture Minister Kim Jae-soo refused to step down despite the passage of the motion.

Yoon didn't have any official reaction to the passage Thursday, and his rejection on Friday appeared to represent a firmer stance in the face of the DP onslaught.

An official with Yoon's office accused the DP of using the dismissal motion to unite its own membership.

"For the DP, there's no political benefit to be gained from this, other than strengthening solidarity within," the official claimed. "This is just their power trip that doesn't help the national interest."

Park, meanwhile, was business as usual, meeting with ambassadors to South Korea from Central and South American nations as part of a busy Friday.

Park hinted that he wouldn't step down when he told reporters, "This isn't the time to get into political fights, but to think about our national interest."

Park also said he had spoken with Yoon after the motion passed Thursday, though he declined to share details of the conversation. (Yonhap)