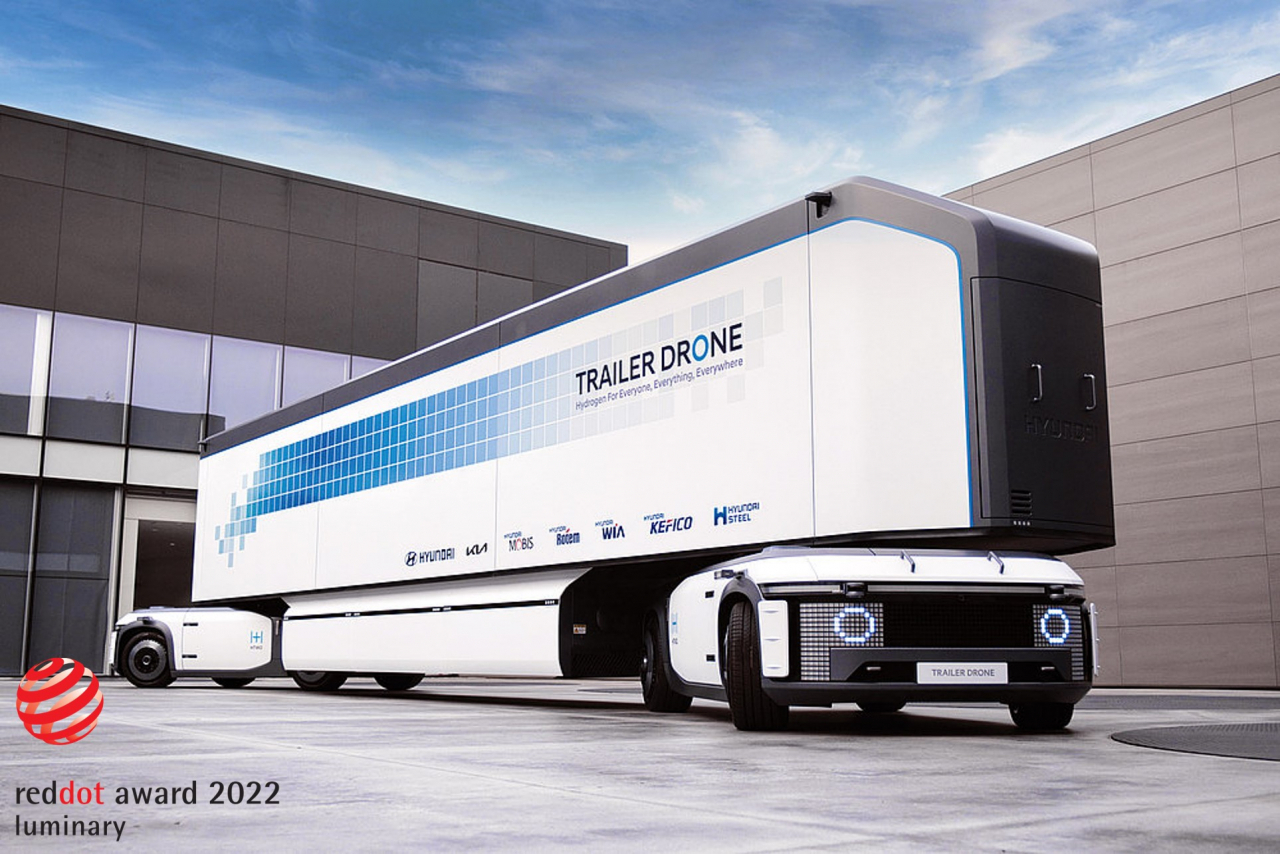 It is the first time the South Korean automaker won the Luminary award, the highest level of recognition accorded at the Red Dot Award, it added.

The Trailer Drone concept is a hydrogen-powered container transportation system capable of operating fully autonomously, with a double e-Bogie configuration.

An e-Bogie serves as a platform for the container with four wheels that moves independently with a fuel cell propulsion.

The Trailer Drone concept, which was introduced last year by Hyundai Motor Group, can drive up to 1,000 kilometers on a single charge.

Its usage is not limited to container trailers, and can also be used for ground logistics, construction, firefighting and disaster relief missions.

Seven has been recognized for its aerodynamic design, which is instinctively different from that of other SUVs, as well as for its interior design focusing on space innovation, which offers more freedom to passengers.

“Our effort to become a smart mobility solution provider has been recognized. Winning the Luminary award is all due to the passion and hard work of designers and engineers to create the best mobility,” said an official from Hyundai Motor Group.