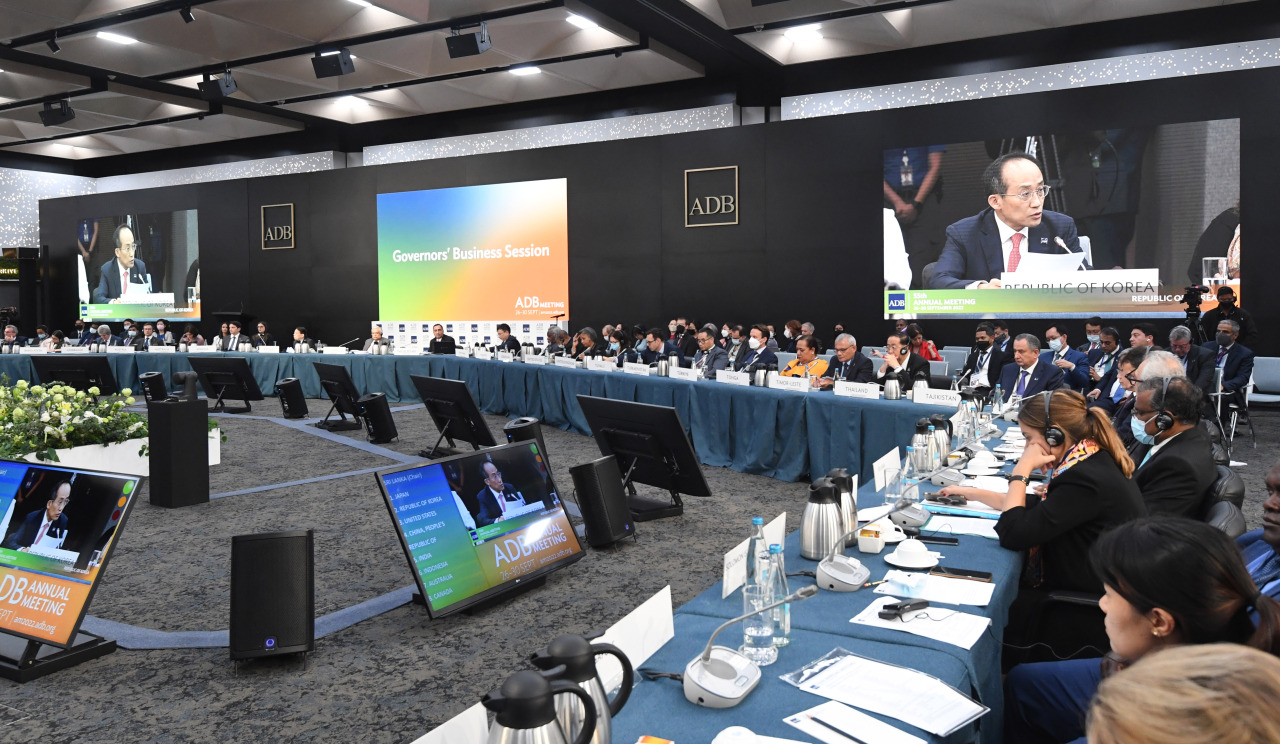 The remarks from Deputy Prime Minister and Finance Minister Choo Kyung-ho came a day after London-based stock index provider FTSE Russell included Korea on the watch list for the WGBI -- a step that comes before a country’s endorsement as a regular member.

The WGBI is a broad index designed to measure the performance of government bond markets, including local currencies and sovereign bonds of major developed nations. Among the current 23 members are the UK, the US, China and Japan.

According to the Finance Ministry, Korea has been added to the FTSE Fixed Income Country Classification Watch List for a potential reclassification of its market accessibility level from 1 to 2 and is being considered for inclusion in the WGBI.

“This (inclusion as the watch list) will be a significant opportunity for (Korea) to resolve the discount in won-denominated bonds,” Choo said. “This will also pave the way for the Korean sovereign bond market to be recognized as an advanced market.”

Local officials forecasted that the FTSE would determine Korea’s final entry to the WGBI in September 2023 after it fine-tunes the watch list and conducts assessments of potential members in the coming months.

Among the world’s top 10 nations in terms of nominal gross domestic product, only two – South Korea and India -- have yet to be included in the WGBI.

On the same day, Minister Choo said there is a quite low possibility that Korea will face a financial crisis, despite the local currency’s sharp depreciation against the US dollar. Choo made the remark during his participation in the annual meeting of the Asian Development Bank in the Philippines’ capital of Manila.

“Korea has massive foreign reserves and is posting a not bad current account balance,” he said.

The won’s weakness is due to the US’ interest rate hikes, which could cause irregular capital flight for a short-term basis, he said. “But as far as I’m concerned, there is no possibility of seeing a crisis.”

Some foreign finance ministers and central bank governors in the ADB meeting mostly also shared the view that Korea’s current situation is different from previous ones, he said.

At the meeting, Choo was elected the chair of the 56th annual meeting of finance ministers and central bank governors of ADB member nations, which will be convened in Songdo-dong, Incheon in May 2023.

“A core task is to restore economic cooperation and various ties in the Asia-Pacific region, which was restricted by COVID-19 over the past two years,” he said in a speech.

Korea’s quota for the ADB is 5.03 percent, under which the nation has a permanent status as a board member.