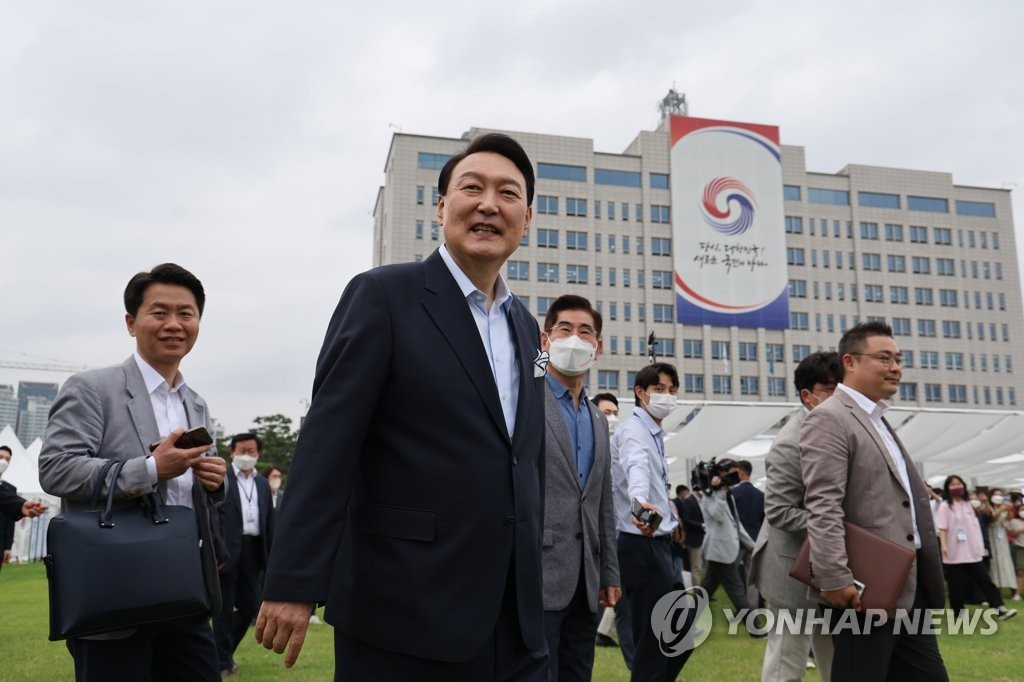 The main opposition Democratic Party (DP) said Friday the relocation cost of the presidential office will be far greater than expected, surpassing 1 trillion won (US$698 million).

Han said there could be more unidentified expenses for the relocation other than those identified in the budget plans of the defense, culture, interior, land, foreign and finance ministries for the project.

"The government has been using a massive budget behind people's backs to relocate the presidential compound while asking people to tighten their belts amid the bad economy," Han said, calling on Yoon to move back into the former presidential complex, Cheong Wa Dae.

Yoon relocated the presidential office from Cheong Wa Dae to the former defense ministry building in Yongsan in May in line with his election pledge.

The move prompted relocations of other government agencies, including the relocation of the Joint Chiefs of Staff headquarters and the defense ministry building, as well as the construction of a new presidential residence.

Earlier this month, the presidential office scrapped its contentious plan to build a new state guest house amid public criticism over the high budget for the project.

DP Rep. Kim Young-bae said the opposition party will closely look into the relocation project at the upcoming annual parliamentary audit next month. The DP has also submitted a request to launch a parliamentary investigation into alleged irregularities related to the presidential complex relocation. (Yonhap)