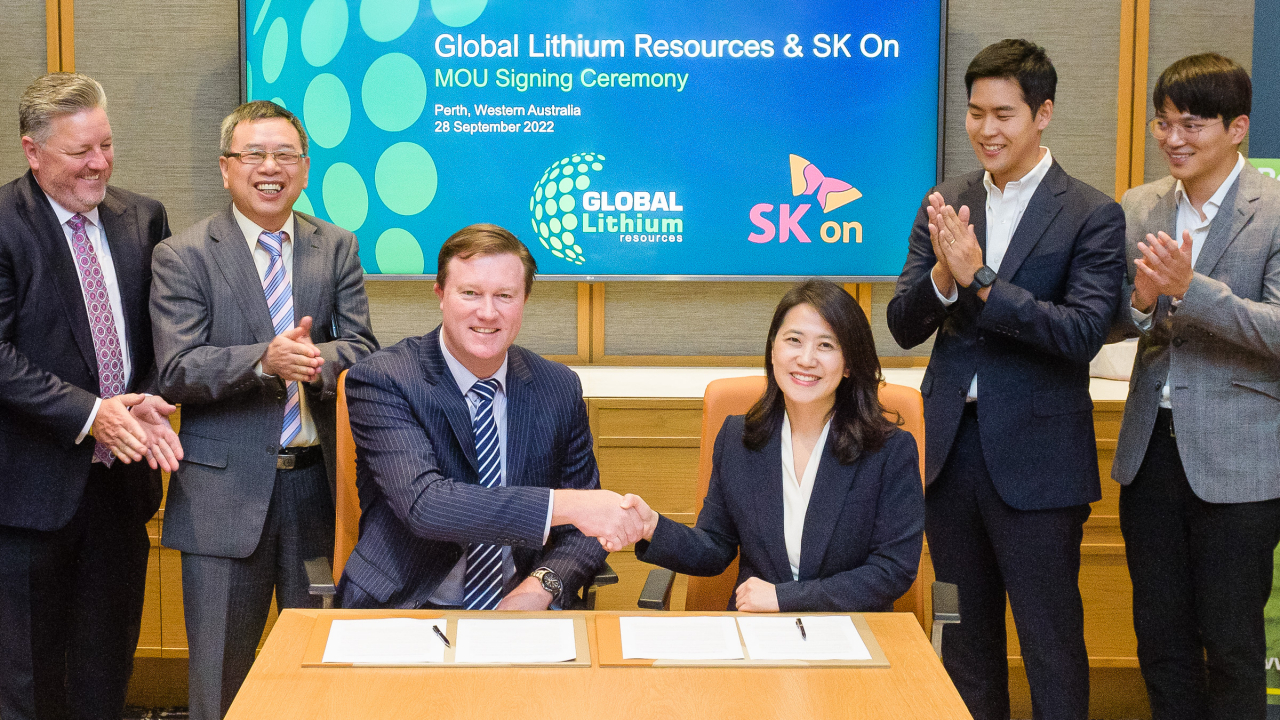 The two companies agreed to explore future business opportunities including the potential development of downstream battery-grade lithium assets for at least two years in western Australia.

Under the agreement, SK On also pledged to support Global Lithium's capital raisings for its business expansion in the future, and invest in Global Lithium's drilling projects -- one in the Pilbara region and the other in Goldfields–Esperance region of western Australia -- to produce lithium from mineral in exchange for purchasing opportunities. The projected volume of lithium supplied by Global Lithium to SK On was not disclosed.

SK On said in a statement the nonbinding deal will "beef up SK On's supply chain resilience in response to rapid business growth and geopolitical risks."

Global Lithium has been a fast-emerging lithium mine operator in Australia since it was founded in 2018. The company has secured 18.4 megatons of 1.06 percent-graded lithium oxide across two lithium assets, as exploration at the sites is now in progress.

SK On is the third-largest battery cell manufacturer in Korea by batteries sold in 2021. It runs facilities in the US, China, Hungary and Korea. It has been supplying batteries to automakers including Ford Motor, Hyundai Motor and Volkswagen.

Australia is one of the locations, in addition to Canada, Brazil and Argentina, in which SK On is looking to secure the supply of critical battery minerals.