Fabrizio Ferrari poses for photos during an interview with The Korea Herald at the TMC Entertainment headquarters in southern Seoul, Monday. (Im Se-jun/The Korea Herald)

Having starred in various food-related TV shows, Fabrizio Ferrari -- more widely known as either “Italy Fabri” or “Fabri Chef” -- continues to expand his range as a chef who promotes “hansik,” or Korean cuisine.

Though hansik has yet to become well-known in his home country of Italy, the 43-year-old star chef believes that it’s a matter of time before people set their eyes on Korean gastronomy.

“Ranging from the rich history to the unique techniques of fermentation, including ‘jang’ (a range of sauces or pastes made from fermented soybeans), Korean food culture is full of surprises for foreigners, including overseas chefs,” Ferrari said in an interview with The Korea Herald at the TMC Entertainment headquarters in Gangnam-gu, southern Seoul on Monday.

“Hansik is ready for world invasion,” the chef added. 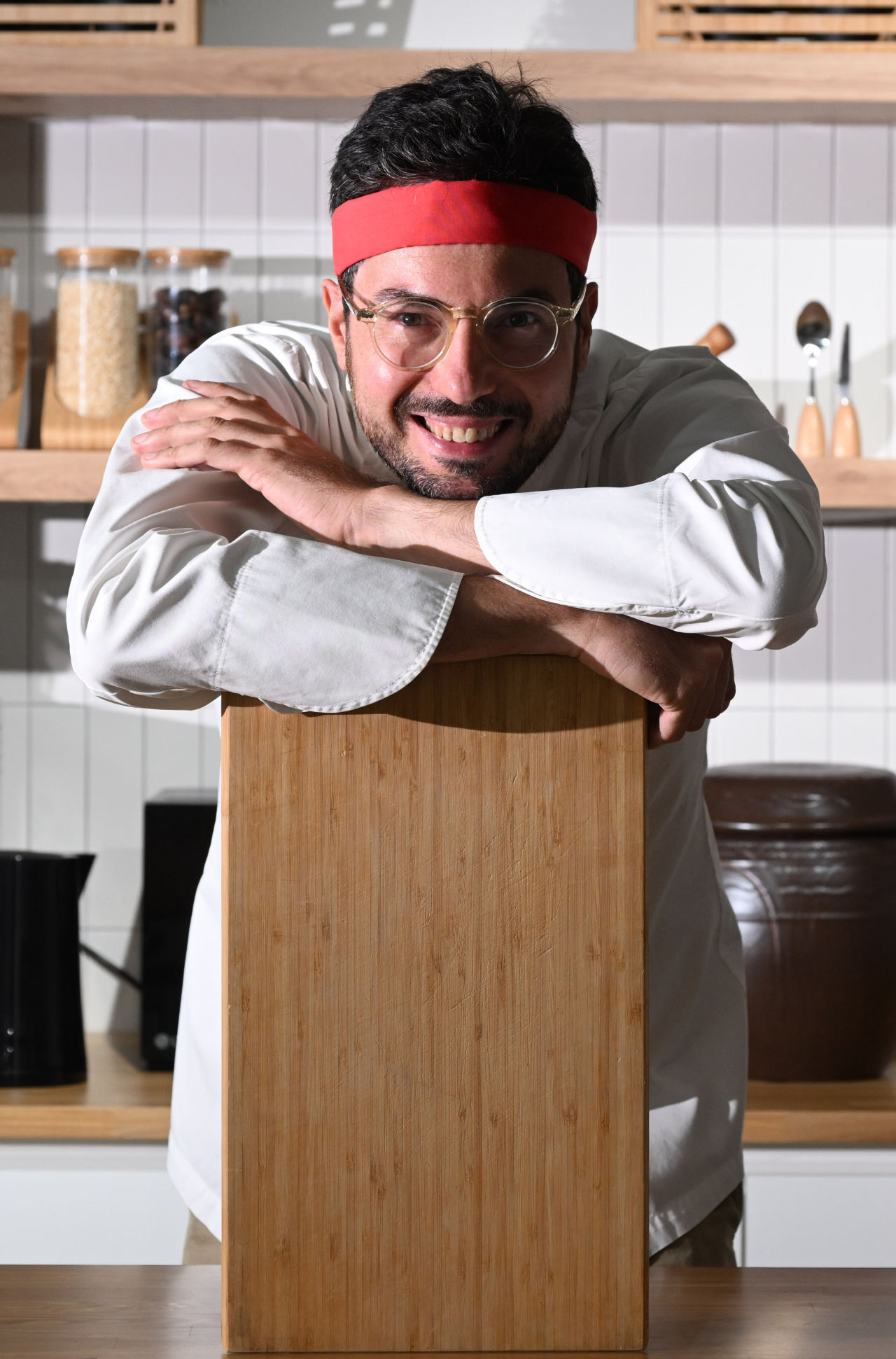 Fabrizio Ferrari poses for photos during an interview at the TMC Entertainment headquarters in southern Seoul with The Korea Herald on Monday. (Im Se-jun/The Korea Herald)

Ferrari said that he never imagined living the life he lives today. Reflecting on his journey, the chef felt that his life in South Korea was meant to be.

Ferrari confessed that growing up, he was not very interested in becoming a chef while his parents were running an Italian restaurant in a small town named Lecco. But his life changed completely after a cook who was helping her mother quit.

“I was studying economy-related laws at university. But I returned to help my mother and continued our family business,” the chef said.

Ferrari described his role in the restaurant as minor, bringing a few changes to the cooking style, like sous vide, and adding fresh interpretations to the existing menu. But this earned an unexpected Michelin star for the restaurant.

After his restaurant gained local popularity, he worked with a Korean sous-chef, who gave him an opportunity to learn about Korean food.

“Korean and Italian people share something in common. That’s affection for their hometown dishes. My first and second sous-chefs were Korean. And many of the interns (from Alma, an Italian culinary school) were Korean as well, so Korean foods were not new to me,” Ferrari said. 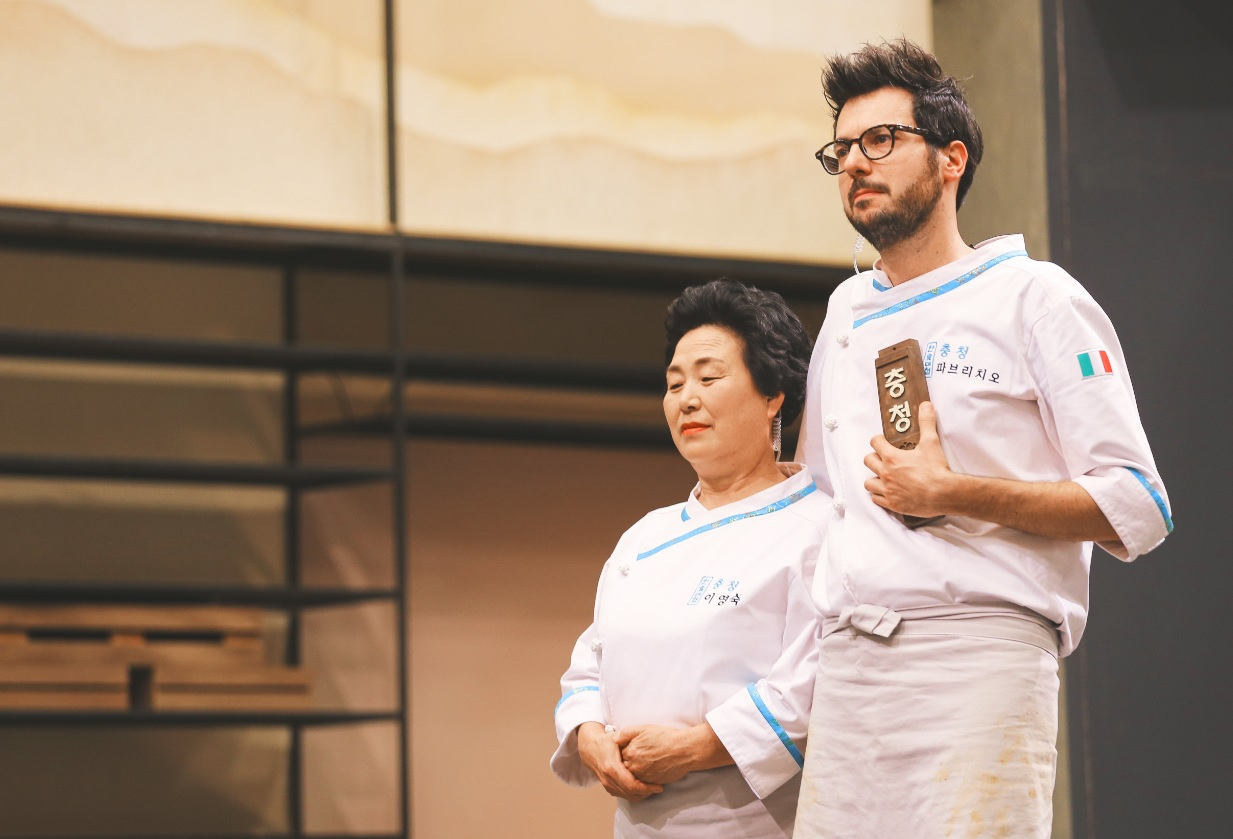 Ferrari told The Korea Herald that Paik allowed him to share his knowledge with the Korean people and gain a deeper understanding about Korean food and its history by starring in many of his television shows, including SBS’ “Back Street” (2018-2021), KBS’ “Paik Jong-won Class” (2021), tvN’s “The Backpacker Chef” and more.

Mentioning his experience with Ven. Jeong Kwan, a Buddhist nun well-known for temple food, Ferrari emphasized the charm of Korean food and how mesmerizing the dishes can be to foreign gourmets and chefs.

Buddhist nun Jeong Kwan -- who rose to instant stardom after appearing on an episode of the Netflix series “Chef’s Table” (2017) -- caught the world’s attention with her unique philosophy of temple cuisine, Ferrari said. “The fermentation and preservation aside, the idea of promoting a sustainable lifestyle, respecting nature and the environment gave me a huge inspiration,” he added. 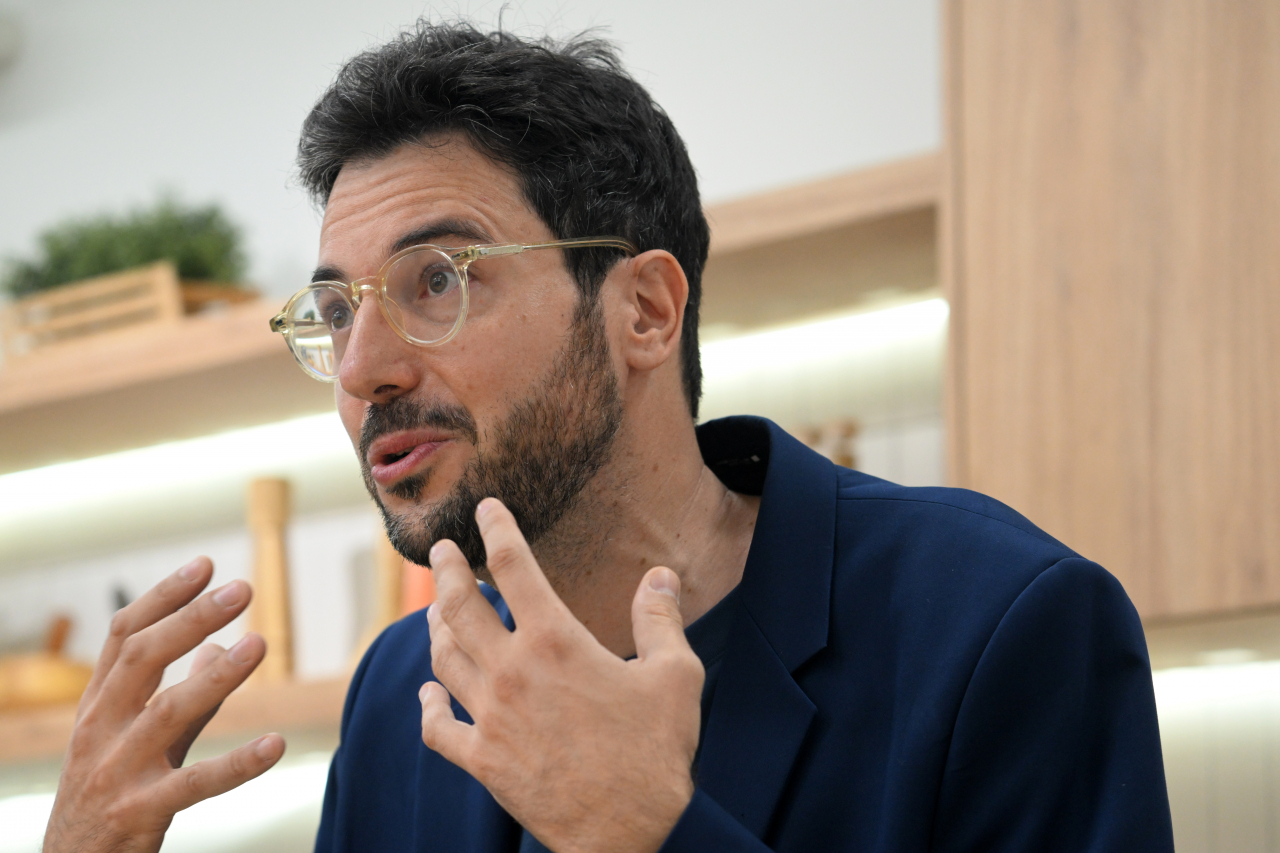 “Having your own garden or a space to pick up the ingredients has become a main trend among fine dining chefs. This has been one of the checklist items for the green Michelin star as well. I felt a little bit disappointed when the fascinating food culture is less regarded in South Korea,” the chef added.

Believing that strictly vegan temple cuisine presents one of the essences of Korean food culture, the Italian star chef seeks to communicate with a wider audience through the common theme of food.

In addition to media appearances, Ferrari continues to teach at the Sejong Culinary Institute of Asia, work as a YouTube creator and serve as a judge at various local food contest, including the Kimchi Master Chef Competition.

The chef feels it a great honor and responsibility to share his love for Korean food culture with his home country Italy and other countries.

“I am not missing the daily life of a chef, spending 18 hours a day in the kitchen. But I miss working with food and doing food-related businesses. Instead of preparing dishes for the few… I would like to reach more people in Korea and offer delicious food,” Ferrari said, with a big smile on his face.