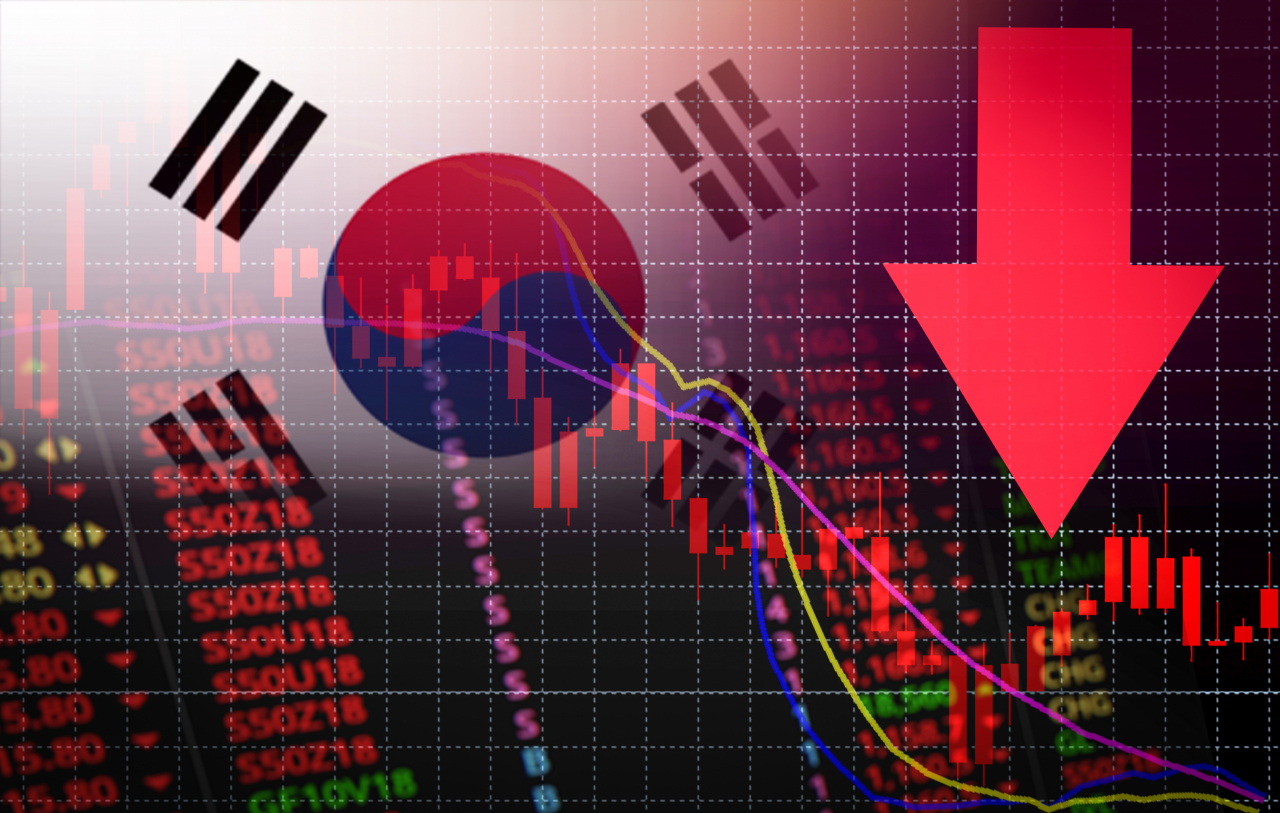 South Korea’s benchmark Kospi tumbled to a fresh intraday low Tuesday in 26 months, led by a sell-off by foreign investors pricing in a sharp US downturn prompted by tighter policy to corral inflation. The index pared the losses later the day, adding 2.92 points or 0.13 percent to 2,223.86.

In the afternoon, the main board slid to an intraday low of 2,197.90, the lowest level since July 24, 2020, when it reached 2,195.49. Institutional investors purchased net 245 billion won ($171 million) worth of benchmark stocks while foreign and retail investors offloaded 248 and 16 billion won in shares, respectively.

And the choppy local market is here to stay until price increases slow down significantly, according to analysts, referring to a hawkish US Federal Reserve committed to cooling demand until prices are tamed.

“I don’t see a market rebound taking place any time soon unless we see a clear sign of an inflation peak,” said Kim Hak-kyun, head of research at Shinyoung Securities. The other factor to take into account is the Fed’s pivot to easing rate hikes, Kim added, saying the transition could take place at the December board meeting at the earliest. The Fed has backed rate raises by an unprecedented 75 basis points since June and will meet in November and December.

Kim Hyoung-ryoul, head of research at Kyobo Securities, stroke a similar chord, saying the main board would not be able to claw back its recent losses in the foreseeable future since data on inflation is still inconclusive, making it harder for central bankers to adjust their monetary policy.

Higher energy prices in particular, which will fan inflation, would be a bigger blow to the market, Kim noted.

Meanwhile, the Korean won pared earlier losses, closing at 1,421.5 won, a 9.8 won advance from the previous session in the onshore market. A day ago, the won tumbled to 1,431.3 won against US dollar -- its weakest level since March 2009 in the wake of the global financial crisis.

But policymakers in Seoul remain confident that the economy is nowhere close to a repeat of the 2008 global financial crisis, with the central bank openly playing down concerns over dollar shortages. Korea is not burning through its currency reserves and its credit rating is still solid, Bank of Korea Gov. Rhee Chang-yong told lawmakers on Monday while briefing them about the bank’s plan to deal with the latest market turmoil.

Finance Minister Choo Kyung-ho has been more vocal, saying that there was no reason to be overly pessimistic because the local currency was one of many other currencies taking a similar hit in its value against the dollar. More importantly, the won has not dropped much in value, compared to where it stood against the dollar in 2010, whereas the dollar is overvalued over the same period, he says.

Last week, the Bank of Korea and the National Pension Service reached a $10 billion currency swap agreement so the NPS could meet the dollar demand to invest overseas without rattling the market. Such a deal last took place during the 2008 global financial crisis.