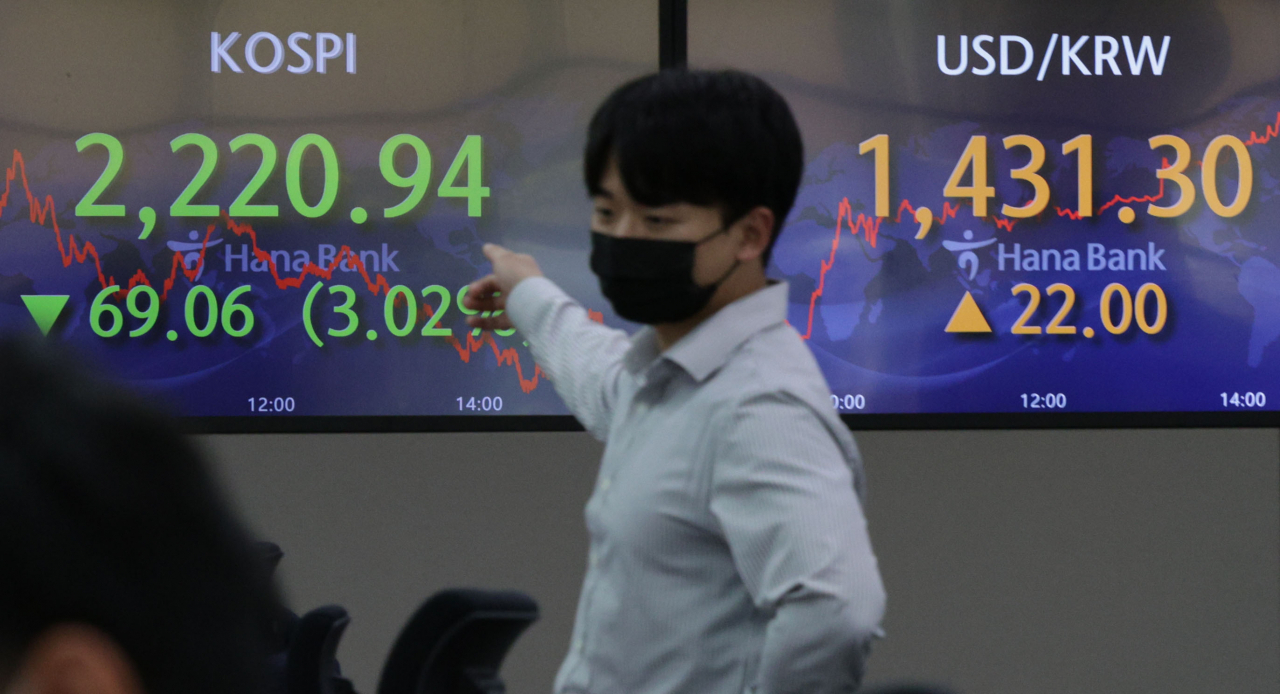 Brokerages in South Korea raked in a combined 23.61 billion won ($16.5 million) in fees from handling stock short selling in the first half of this year, data showed Tuesday.

The amount compared with 29.28 billion won they earned from short selling-related fees throughout last year, according to the data from the Financial Supervisory Service.

The Seoul branch of Morgan Stanley earned the largest amount at 6.44 billion won, while the Seoul office of Credit Suisse brought in 3.15 billion won in short selling fees, the data showed. JPMorgan's Seoul office earned 2.99 billion won worth of fees during the cited period.

In the first half, short selling transactions came to 58.46 trillion won, with foreigners accounting for 72.1 percent. Institutional investors made up 25.9 percent, while retail investors took up a mere 2 percent, the data showed.

Short selling is a trading technique in which investors sell stocks they borrowed on expectations that share prices will fall. When the prices decline, they can make a profit by buying back the stocks at lower prices.

Supporters say short selling is necessary to increase liquidity in the market, but critics have called for a ban on the trading as it causes excessive market volatility. (Yonhap)