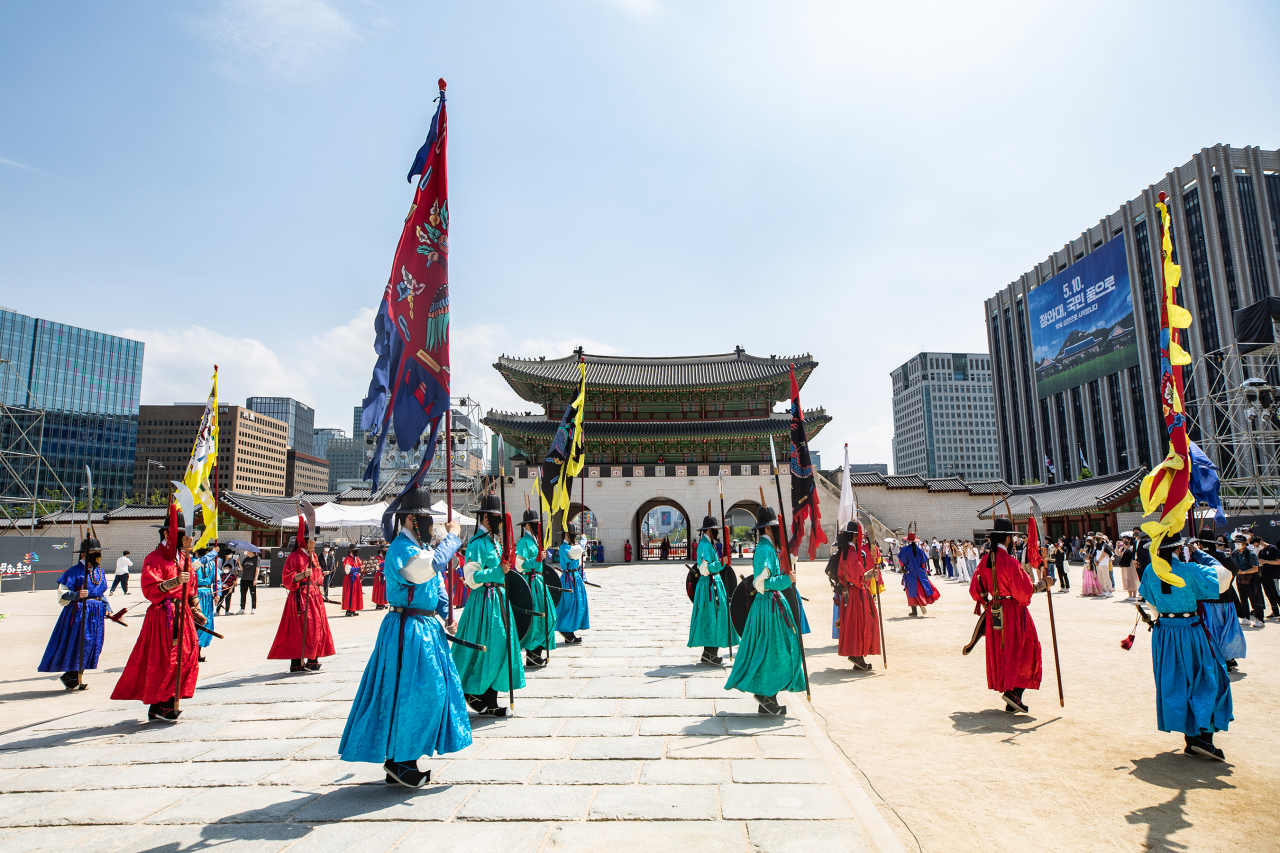 Changing of the royal guard ceremony is held at Gyeongbokgung during the spring edition of Royal Culture Festival. (Korea Cultural Heritage Foundation)

The fall edition of the Royal Culture Festival, Oct. 1 to 9, has announced a list of programs that can be enjoyed on site without reservations.

At Gyeongbokgung, from Oct. 4 to 7, a small-scale performance, "Stroll Around the Palace at Noon," will commence at 12 p.m. The show consists of a puppet play with a live gugak music performance. Traditional tea will be served to those in attendance.

A library will be set up at Gyeongbokgung's Jibokjae, King Gojong’s private study through the festival period. Here visitors can learn to make bookmarks using traditional knots.

Meanwhile, a lecture series that focuses on the theme of Joseon royal court culture will take place for three days, starting Oct. 7, also at the Gyeongbokgung Jibokjae.

Titled, "Gojong's Invitation," the hosts of the series are professor Ju Yong-ha, poet Yoon Ji-yang and a physicist Kim Sang-wook. Seats are fully booked but there is standing room for anyone else who would like to watch.

Various activities inspired by games played at royal courts will also be offered.

At the rear of Gyeongbokgung's Sojubang, the royal court's kitchen, visitors can try out "Ssangnyuk," a board game played during the Joseon era. The game will be hosted tournament-style, featuring massive game boards with live commentary provided by the staff running the tournament.

At Heungnyemun Gate, "Mandeuleobojagung," an exhibition featuring handmade royal court-related installations made out of wooden blocks and other materials, will be held. An experience zone will be set up where visitors can try their hand at making small installations using blocks provided.

From Oct. 3 to 7, a number of gugak musicians will perform at Deoksugung Palace and their shows will be open to drop-ins.

Performances and an exhibition focused on Intangible Cultural Heritage will be presented at royal palaces during the festival period.

Under the name, "O, K-talchum," different kinds of talchum, traditional mask dance drama performances, will be performed from Oct. 7 to 9, at Gyeongbokgung.

An exhibition that centers around works of Intangible Cultural Heritage title holders, will be held from Oct. 1 to 3, at Gyeongbokgung's Jagyeongjeon. 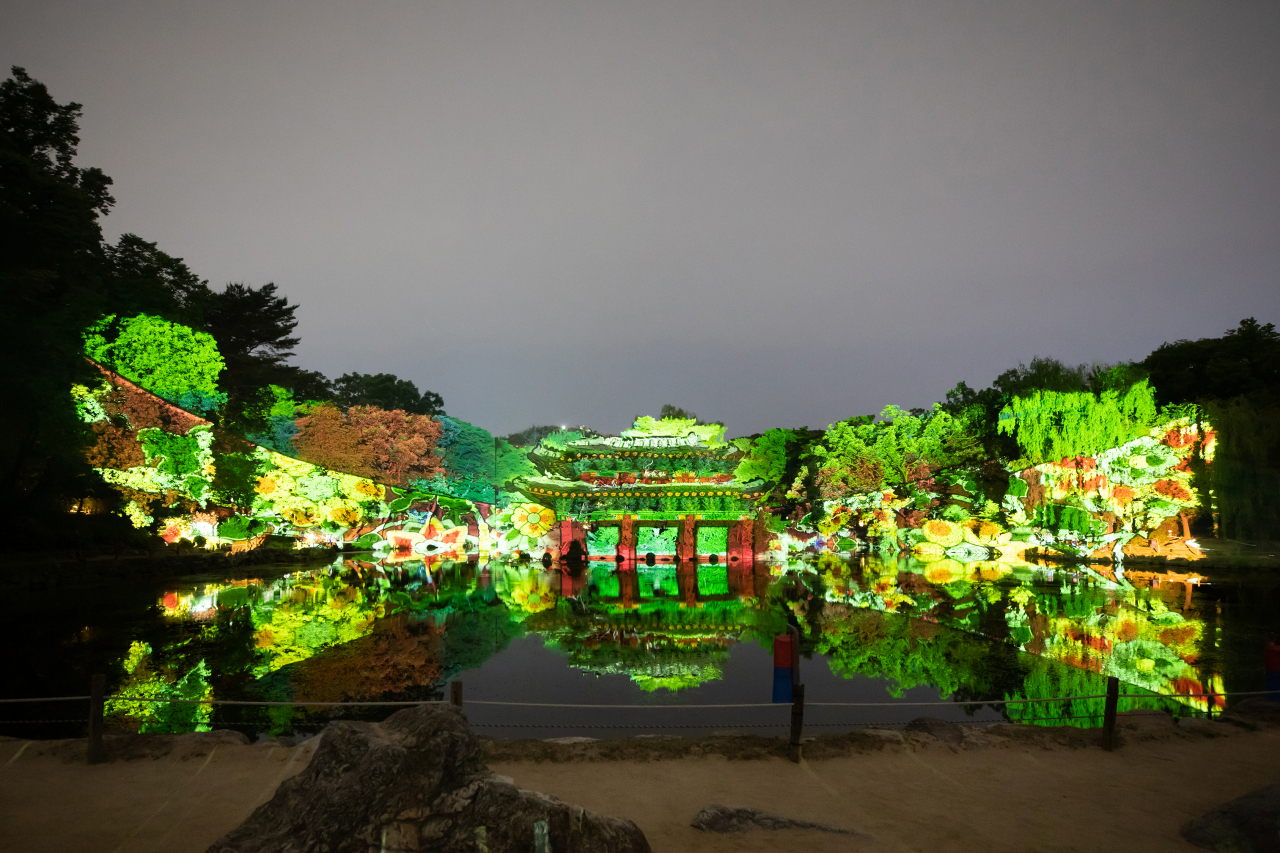 Digital media facade projections will be shown at Chundangji, a scenic pond located in the rear garden of Changgyeonggung, known for its fall foliage. The show runs five times a day, from Oct. 1 to 9, every 20 minutes, starting at 7 p.m.

A schedule of events for the Royal Culture Festival can be found at the festival's official website.