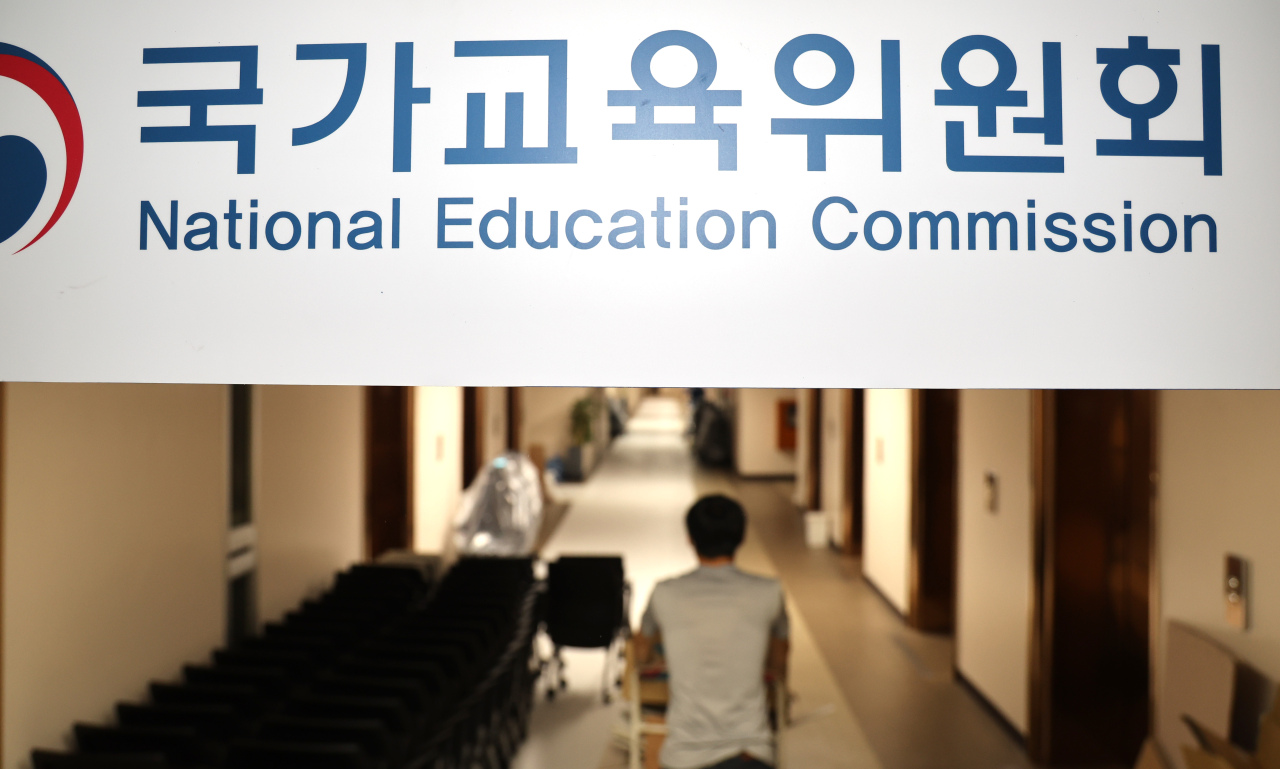 The education committee will be launched two members short, with 19 members. The committee is tasked with deliberating on long-term education policies for the country, from national education curriculum to college entrance measures.

While the committee will decide on mid- and long-term education goals and policies, the Education Ministry will work on the details.

One of the first tasks of the committee is to evaluate and decide on the 2022 revised curriculum.

Lee Bae-yong the former head of Ewha Womans University, will be the head of the committee, appointed by the president.

Standing members are Kim Tae-joon, recommended by the ruling People Power Party, and Chung Dae-hwa, by the main opposition Democratic Party of Korea.

A total of five members, including the head, were appointed by the president, while nine, including Kim and Chung, were recommended by the National Assembly.

As education-related bodies were not able to come to an agreement on the right to recommend the remaining two members for the committee, the committee begins its work down by two.

Related bodies have been locked in a dispute over the right to recommend, and the Korean Teachers Education Workers’ Union filed an injunction to halt the recommendation process.

Concerns follow the launch of the committee as Lee is considered a conservative-leaning historian. She participated in the publication of state-authored history textbooks during ousted president Park Geun-hye’s administration, a project which that was heavily criticized for undermining political neutrality.

Education bodies have issued statements questioning the political neutrality of the committee with Lee taking its head post.

In a statement, the Korean Teachers Education Workers’ Union said Lee previously failed to win the job as head of the National Museum of Korean Contemporary History in 2012 for her “lack of balanced view of history.”

Lawmakers from opposition parties under the education committee at the National Assembly additionally questioned Lee’s competence, questioning her past performances.

Concerns lie that the committee will not be able to properly deliver major policymaking decisions due to its small size. The committee will have 31 public officials under it, making it relatively small despite the heavy duties it has been tasked with.

The education committee will also have a budget of 8.8 billion won ($6.4 million) next year, which is significantly less than that for other similar institutions.