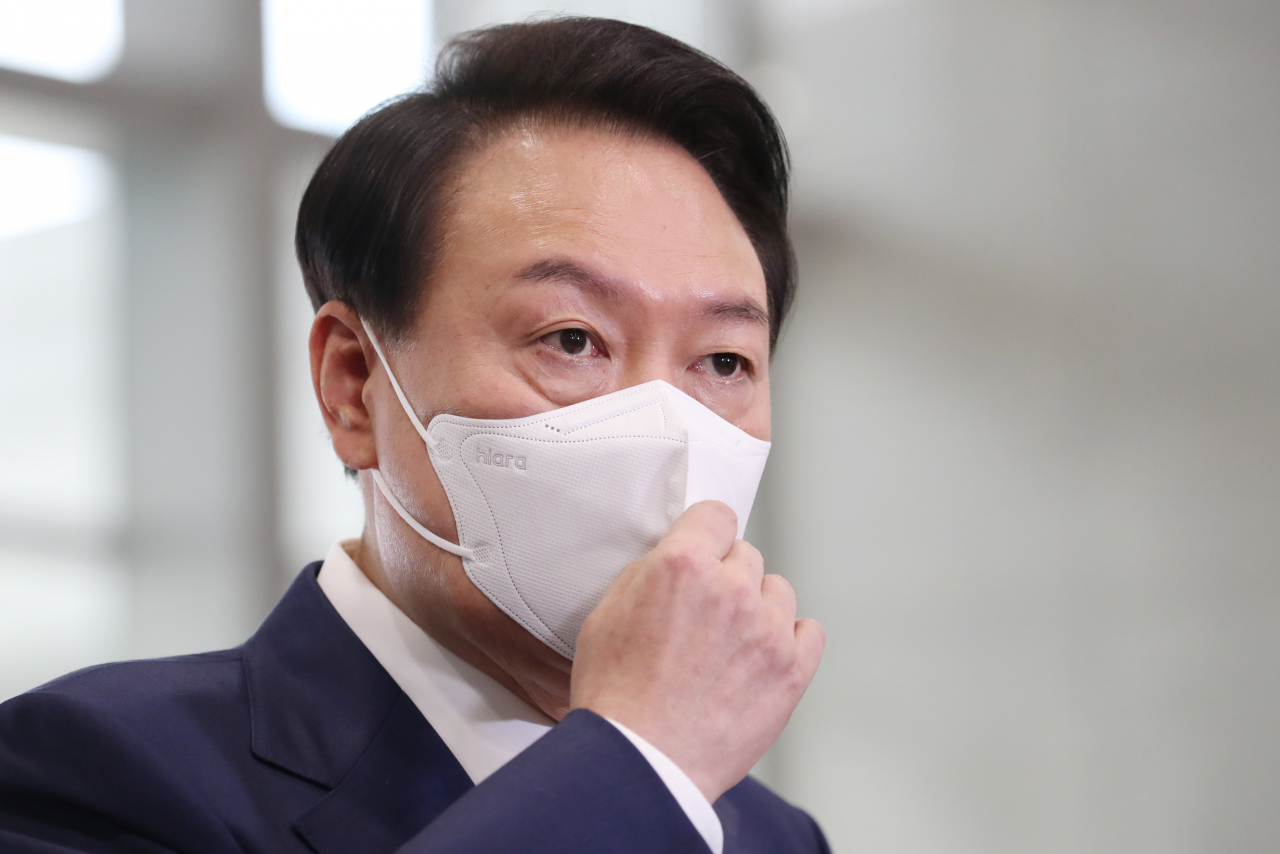 President Yoon Suk-yeol answers reporters' questions as he arrives for work at the presidential office in central Seoul on Monday. (Yonhap)

President Yoon Suk-yeol saw his approval rating dip slightly at the end of last week, a survey showed Monday, after he was caught on video using foul language during a visit to New York.

In the poll of 2,533 voters conducted by Realmeter from Monday to Friday last week, 34.6 percent positively assessed Yoon's job performance, up 0.2 percentage point from the previous week.

Yoon's approval rating, however, showed a downward trend from 36.4 percent on Tuesday to 32.8 percent on Friday.

The fall could be attributable to criticism that Yoon came under for using vulgar words in private remarks to aides caught on a hot mic during a trip to New York on Wednesday, according to Bae Cheol-ho, a senior analyst at Realmeter.

Though the recording of Yoon's remarks was not clear due to noise, many thought that he used foul language while talking about US Congress and US President Joe Biden because of a subtitle uploaded by a TV station.

But Yoon's office rejected the claim, stressing that he made no mention of US Congress or Biden and that he was referring to how he would be embarrassed if South Korea's opposition-controlled National Assembly rejected the $100 million he pledged to contribute to the Global Fund.

The poll has a margin of error of plus or minus 1.9 percentage points at a 95 percent confidence level. (Yonhap)