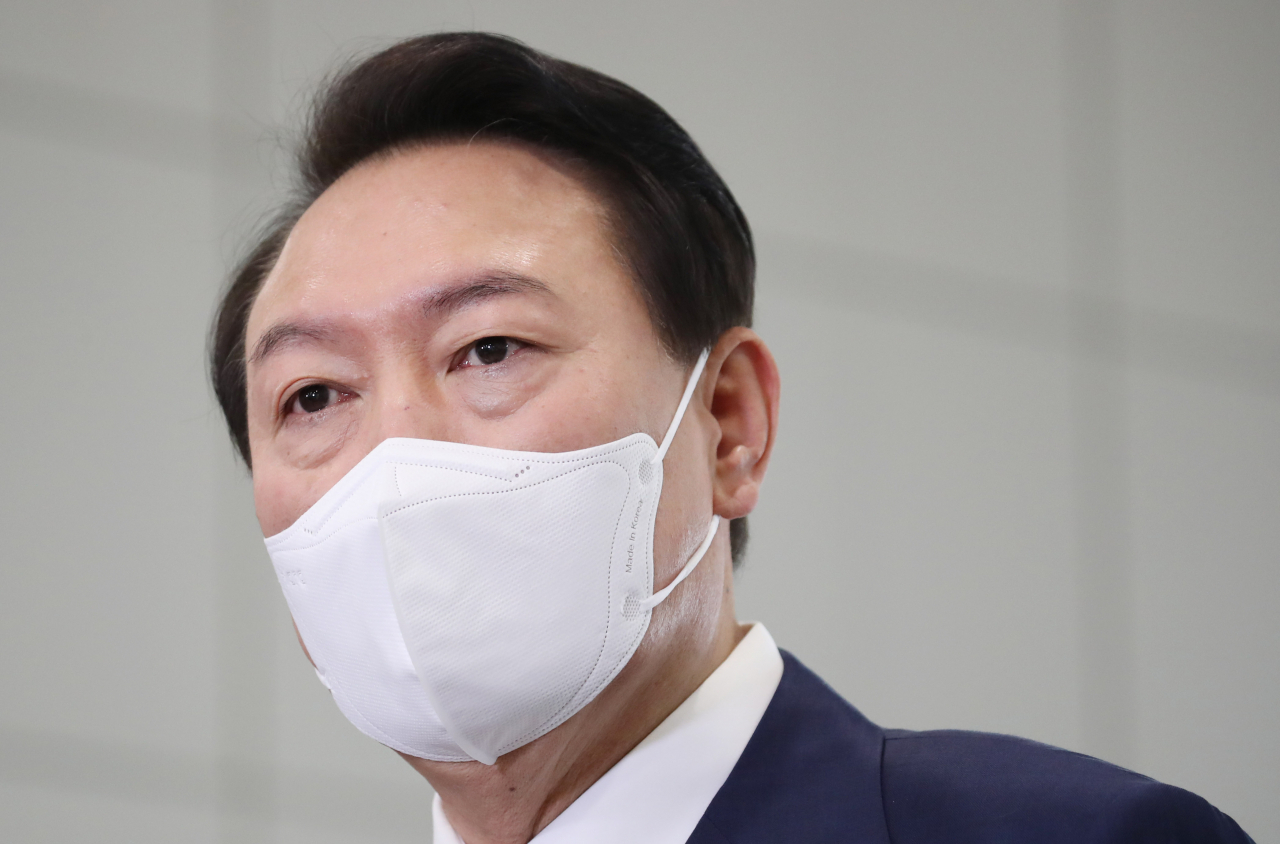 President Yoon Suk-yeol speaks in a brief meeting with reporters as he enters the presidential office in Seoul on Monday. (Yonhap)

President Yoon Suk-yeol has expressed concern that a potential military conflict between China and Taiwan could raise the likelihood of North Korea's provocations, making clear the "top priority" of the Seoul-Washington would lie on dealing with Pyongyang.

Yoon made the remarks when asked whether he would support the United States coming to Taiwan's military defense if China were to attack the island, which Beijing regards as part of its territory.

"In the case of military conflict around Taiwan, there would be an increased possibility of North Korean provocation," he said through an interpreter during an interview with CNN in New York last week, as he was there to attend the UN General Assembly session. It was aired on the cable news channel's world affairs program Sunday (Washington time).

He added: "Therefore, in that case, the top priority for Korea and the US-Korea alliance on the Korean Peninsula would be based on our robust defense posture. We must deal with the North Korean threat first."

There have been debates at home and abroad over whether South Korea, as a key US ally, would have to play any direct or indirect role should a conflict break out between China and Taiwan.

Asked if South Korea would ask the US to first fulfill its security obligations toward the South before getting involved in Taiwan, Yoon said it would not be appropriate to "reply about US priorities."

"Because both the Korean Peninsula and Taiwan are very important for the US, I suppose, and are to be defended by the US together with their allies and partners," he said. "Therefore, I would say that both issues have significant importance."

Yoon was also asked to comment on the speculation that he decided not to meet US House Speaker Nancy Pelosi in person during her visit here last month in consideration of relations with China.

"I decided to have a pleasant and fruitful phone call not only with Speaker Pelosi, but six other members of the House of Representatives. And we had a really productive and friendly conversation," he said. "Speaker Pelosi also understood my situation that I was on vacation and she respected it as well." (Yonhap)