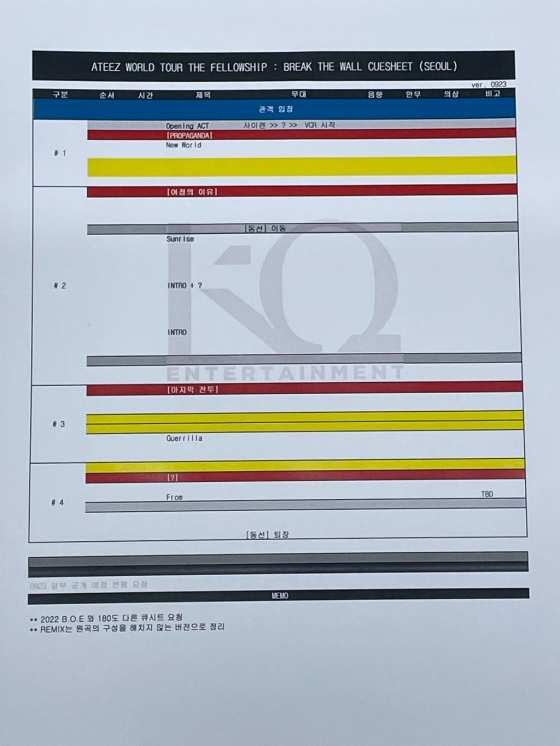 Ateez surprised fans with a poster that showed its plans for an upcoming Seoul concert on Friday.

The poster is designed to look like a leaked document that details its first-ever performance of “New World” and that of much-anticipated “Sunrise.” The format is in line with its promotion for its most recent album “The World Ep. 1: Movement.” The group's third EP came out in July and entered Billboard 200 at No. 3, its career-high. It also became the band’s first million-selling album.

The Seoul concert, slated for Oct. 29-30, will be the beginning of the international tour "The Fellowship: Break The Wall." The eight members will then tour 10 cities -- from Oakland, US and Ontario, Canada to Chiba, Japan -- and perform 15 shows. 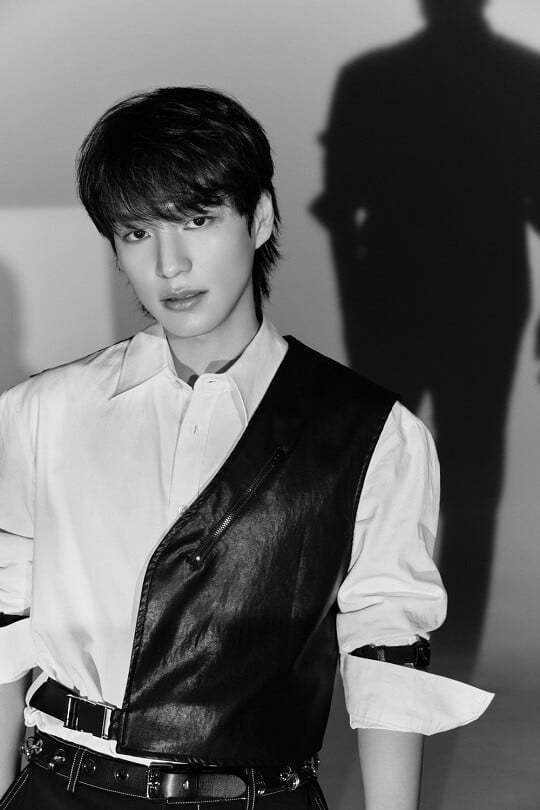 Heo Chan of Victon will be suspended from all activities after he was charged with driving under influence.

His agency IST Entertainment issued a statement on Thursday and admitted that he was caught on his way home Tuesday after having a drink with acquaintances. He deeply regrets his behavior and will put on hold all activities, as a member of the team as well as on his own, said the company. His driver’s license is likely to be revoked, it added.

Heo uploaded a hand-written message for his fans apologizing for his “irreversible” act.

He debuted as a member of the boy band in 2006. He was cast in a web drama last month, his first acting role, but the first episode that he appeared in has since been deleted.

Victon held concerts in Tokyo and Osaka late last month and is planning to have two concerts in Seoul next month. Only five members will be performing at the upcoming live show.

Park Jihoon to return with 6th EP next month 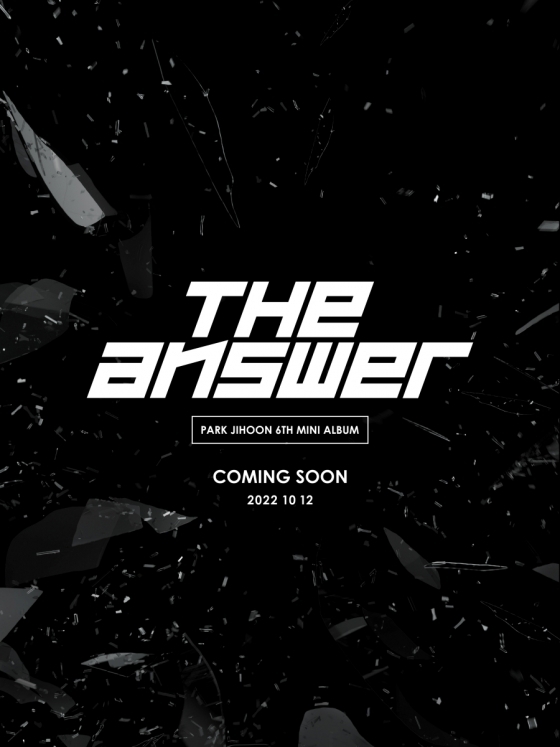 The EP comes about a year after the singer's previous EP “Hot ＆ Cold.”

Before the album's release, Park will hold his first in-person concert as a solo musician, dubbed "Clue in Seoul," on Oct. 9-10.

The former member of Wanna One turned solo in 2019 and has not only released a series of albums but also starred in a number of dramas. He has been filming “Weak Hero Class 1,” as the male lead, a drama series that will start airing in November. Fans will be able to take a peek at the drama as it was chosen as one of the nine dramas to premiere at the Busan International Film Festival. 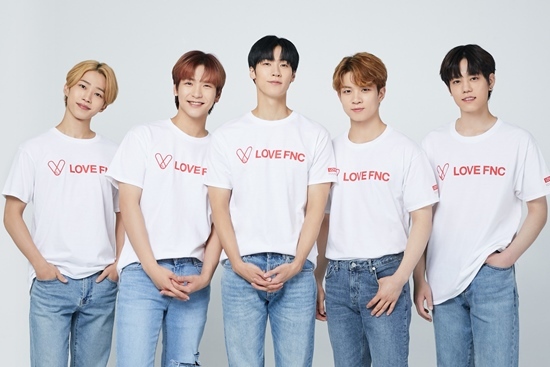 The band N.Flying has canceled concerts slated to be held in Busan and Daegu.

The shows, planned for Sept. 25 and Oct. 1-2 respectively, were called off as production company Mama Communications, its partner for the gigs, has not been responsive, the band's agency FNC Entertainment explained Friday.

The agency apologized on behalf of the band and will refund all tickets.

The band held standalone concert "＆CON2" in Seoul last month and was set to tour the two cities. It is also appearing in band survival show “Great Seoul Invasion” as one of the judges. The band's last album was “Turbulence,” a repackage of first full album “Man On The Moon,” from October last year.