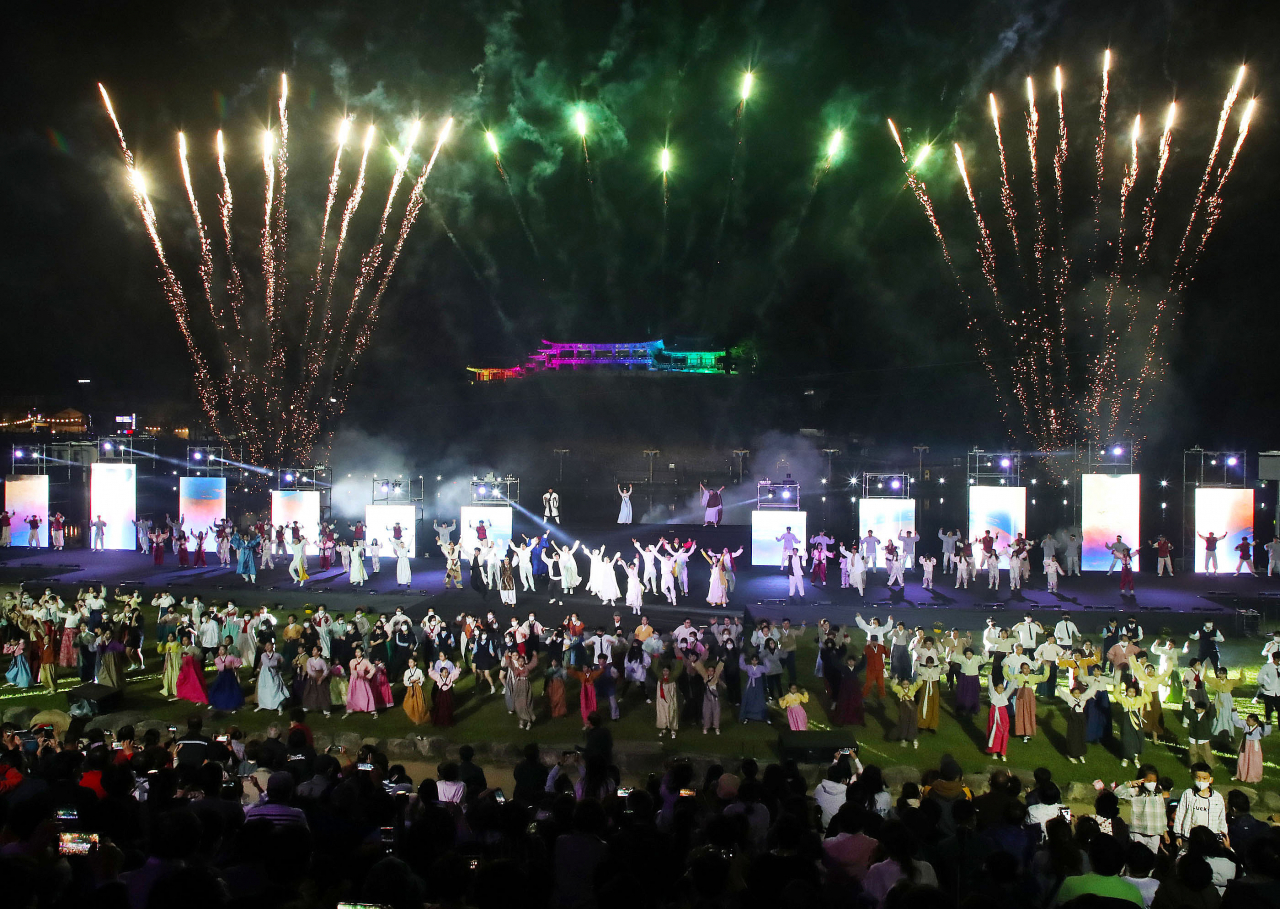 Miryang Arirang Festival, the top cultural festival in Miryang, South Gyeongsang Province, kicked off on Thursday, making its return after a two-year hiatus due to the pandemic.

The 64th edition of the festival marks the 10th anniversary of the enlisting of Korean folk song "Arirang" on UNESCO’s Intangible Cultural Heritage of Humanity list. There are several variations of "Arirang," usually prefixed by the place of origin.

Under the theme “Connecting Miryang Arirang to the world,” the four-day festival offers over 40 programs in the areas of Yeongnamru Pavilion and Miryang riverside. 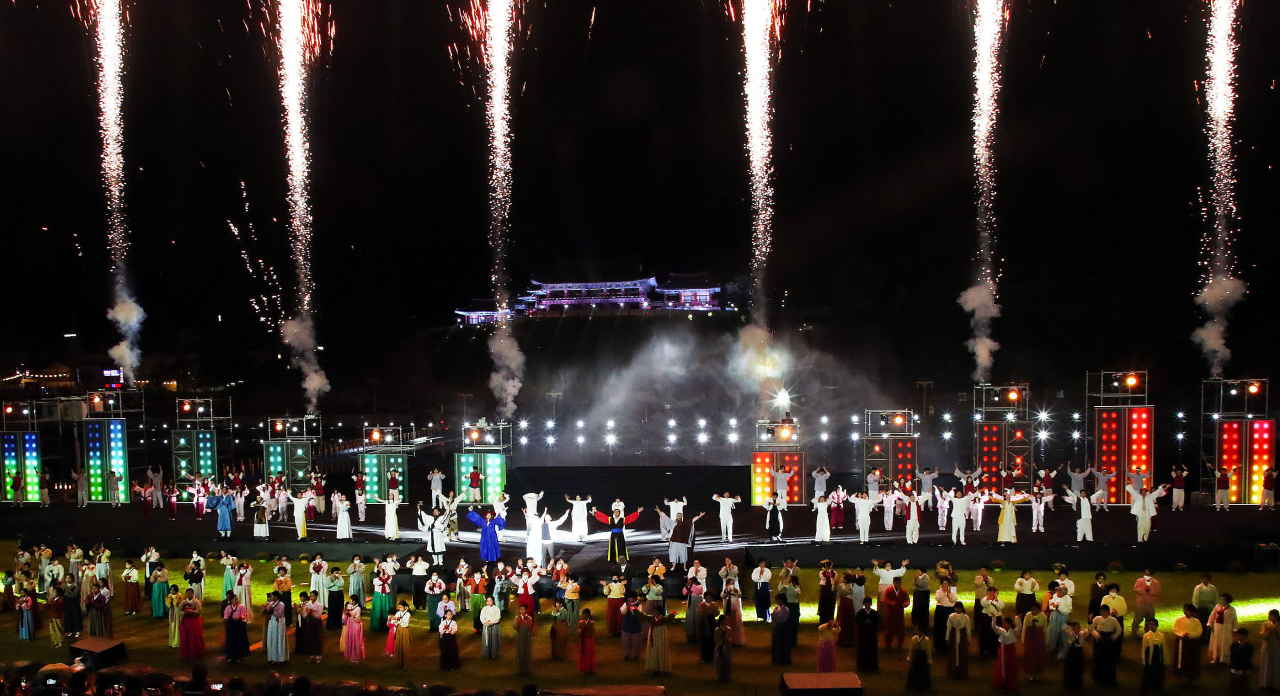 “Miryanggang Odyssey,” a large-scale musical performance that incorporates multimedia presentation against the scenic background of Yeongnamru, a pavilion that dates back from the Joseon period, is a highlight of the festival.

The 90-minute show presents the local folktales of Miryang and stories of historic heroes from the region. A total of 1,000 participants will be on stage for the performance at 8:30 p.m. every night during the festival.

In addition, Miryang Culture and Tourism Foundation is hosting an exhibition on the history of "Miryang Arirang."

On Sunday, the festival will close with an Arirang gala show of reinterpretations of "Miryang Arirang."