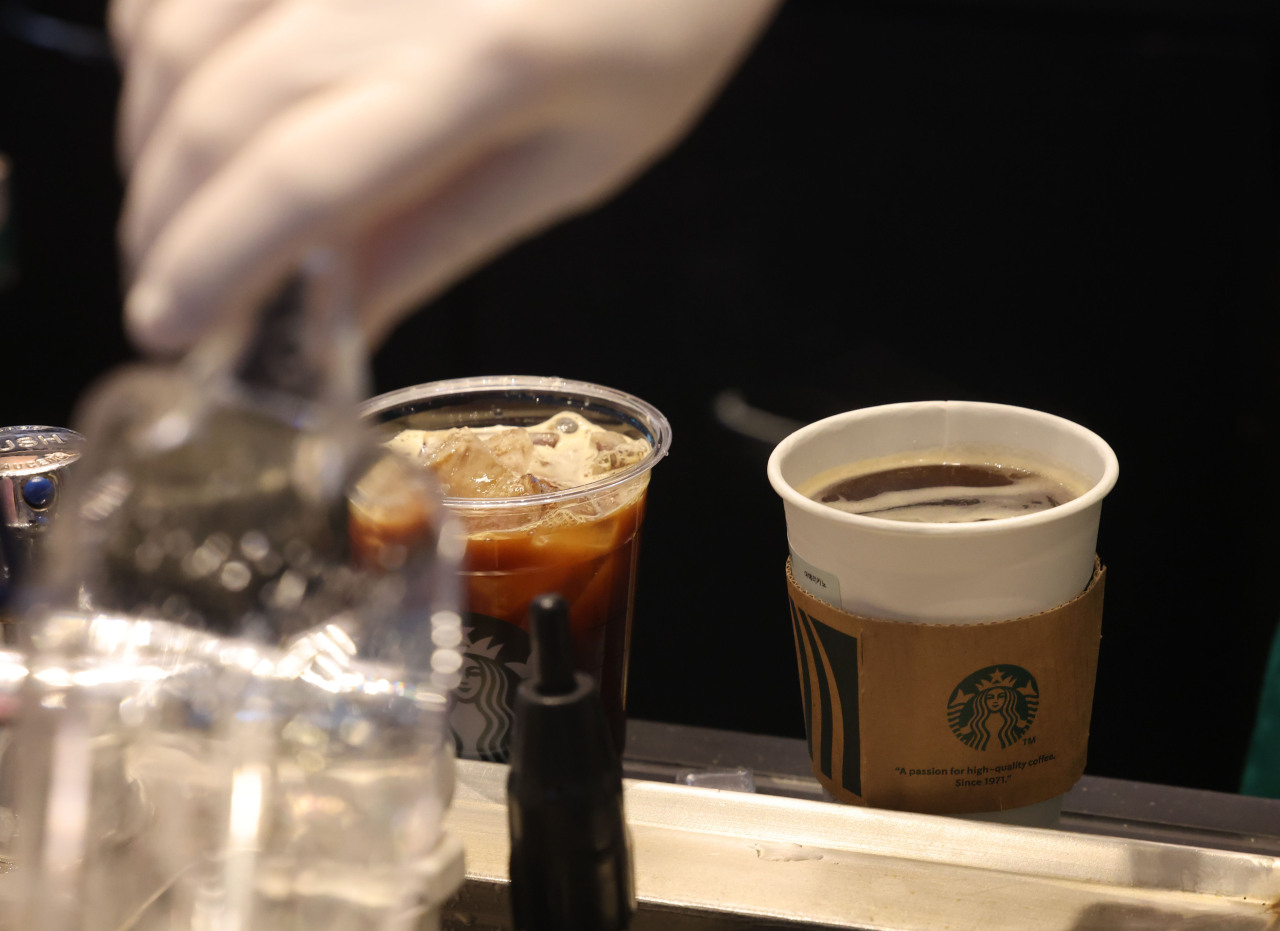 An employee prepares coffee in single-use cups at a cafe in Seoul on Sept. 13. (Yonhap)
The ban on free single-use cups will kick off in December, going on a test trial run in Sejong and on Jeju Island.

A recent report by the Environment Ministry showed the use of disposable cups has soared during the pandemic. The number of single-use plastic and paper cups consumed at 14 cafes and four popular fast-food chains reached 1.02 billion last year, marking a huge surge from 770 million in 2019.

According to the ministry, the two areas have been selected as Jeju Island is in a battle against plastic waste left behind by tourists and Sejong City hopes to set an example as an area where government offices are located at.

In Sejong and on Jeju Island, franchise cafes, bakeries and fast-food franchises with more than 100 branches have to charge a 300 won (24 cent) deposit for each disposable cup from Dec. 2.

“The deposit system for single-use cups requires the inconvenience of customers at a certain level,” an official from the ministry said at a press briefing held Thursday. “It is important to create a model that can work successfully and expand it nationwide as Korea would be the first country to implement the new system.”

The ministry said it would cover the extra expenses needed for the system to roll out, such as the budget for “recyclable” labels that have to be attached to the cups, credit card commission for the deposits and other costs, following a backlash from store owners earlier this year.

During the early stage of the trial run, customers will be able to return the used cups to stores regardless of franchise labels. The ministry said the measure could change as the system establishes itself.

To help the public to adapt to the new measure, the government will expand the customer service call center for the practice, increasing the number of employees from nine to 19 in October.

The ministry official said the government was yet to determine when the new measure would be expanded nationwide.

The enforcement rule will go on a prior announcement on Sept. 26 for 40 days before the legislation.