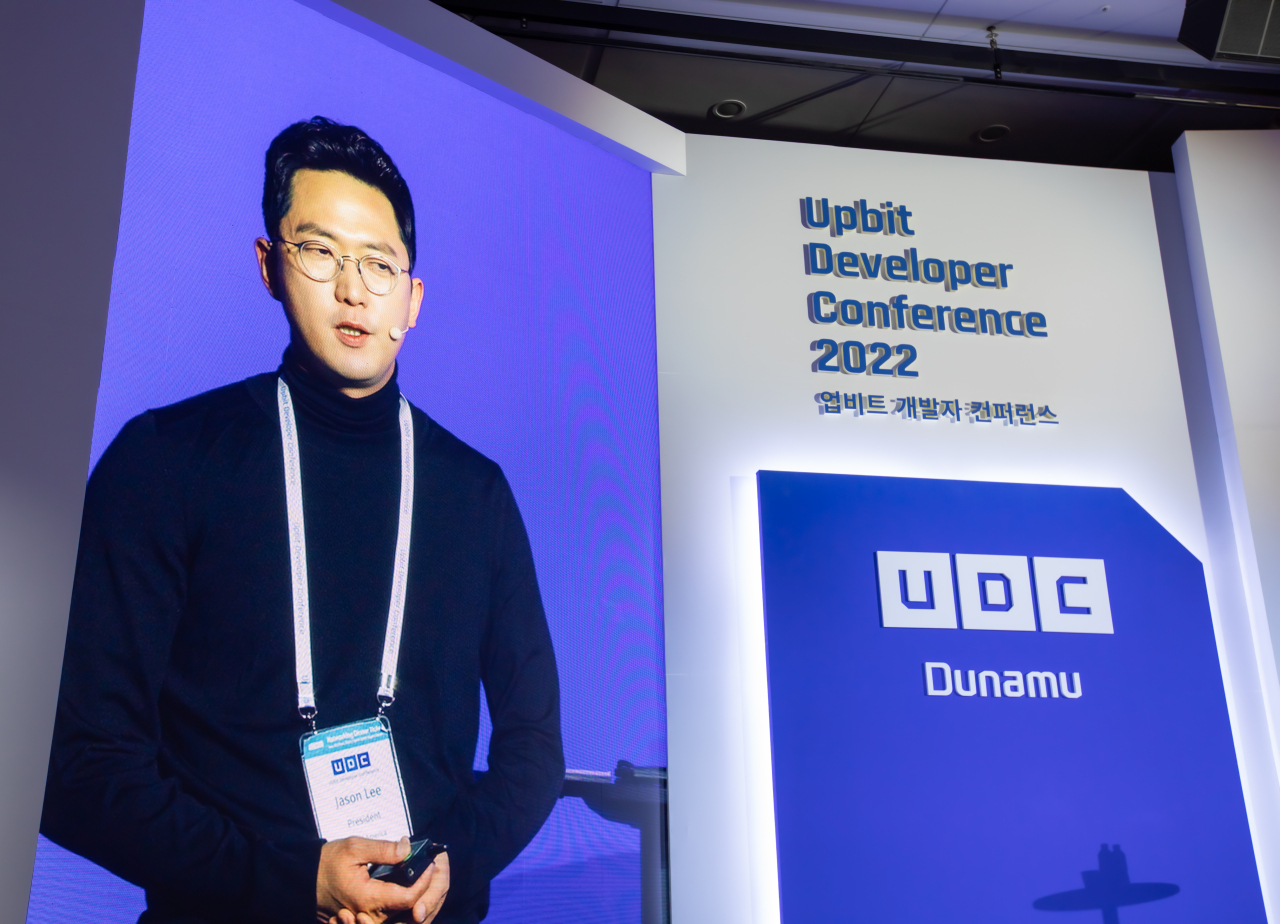 Hybe America President Jason Jaesang Lee speaks at the 2022 UDC held in Busan on Friday. (Dunamu)
BUSAN -- Blockchain industry leaders seeking to merge entertainment with technology are looking closely to the power of fandoms, believing that it could reshape the ecosystem, according to speakers at the 2022 Upbit Developer Conference on Friday.

“Fans becoming promoters for our artists is a powerful gross factor. Now is the right time to implement fandom into the blockchain industry,” he added.

To resolve the blockchain industry’s ongoing difficulties with scalability, the industry and platforms must “co-evolve with users,” Lee explained. The key is to utilize the “concept of ownership,” which is giving full data ownership to users instead of the current system, in which platforms and service providers hold the actual ownership.

“Three percent of the entire 5.2 billion internet population hold a blockchain wallet (and we are competing to win their hearts),” Lee explained.

Creating a “data ownership economy” where users are transformed into actual owners would require establishing a virtuous cycle of advertisers directly paying users fee and in return users paying platforms separate fees, according to Lee. Users will be able to control their data directly through dApp and blockchain wallets. 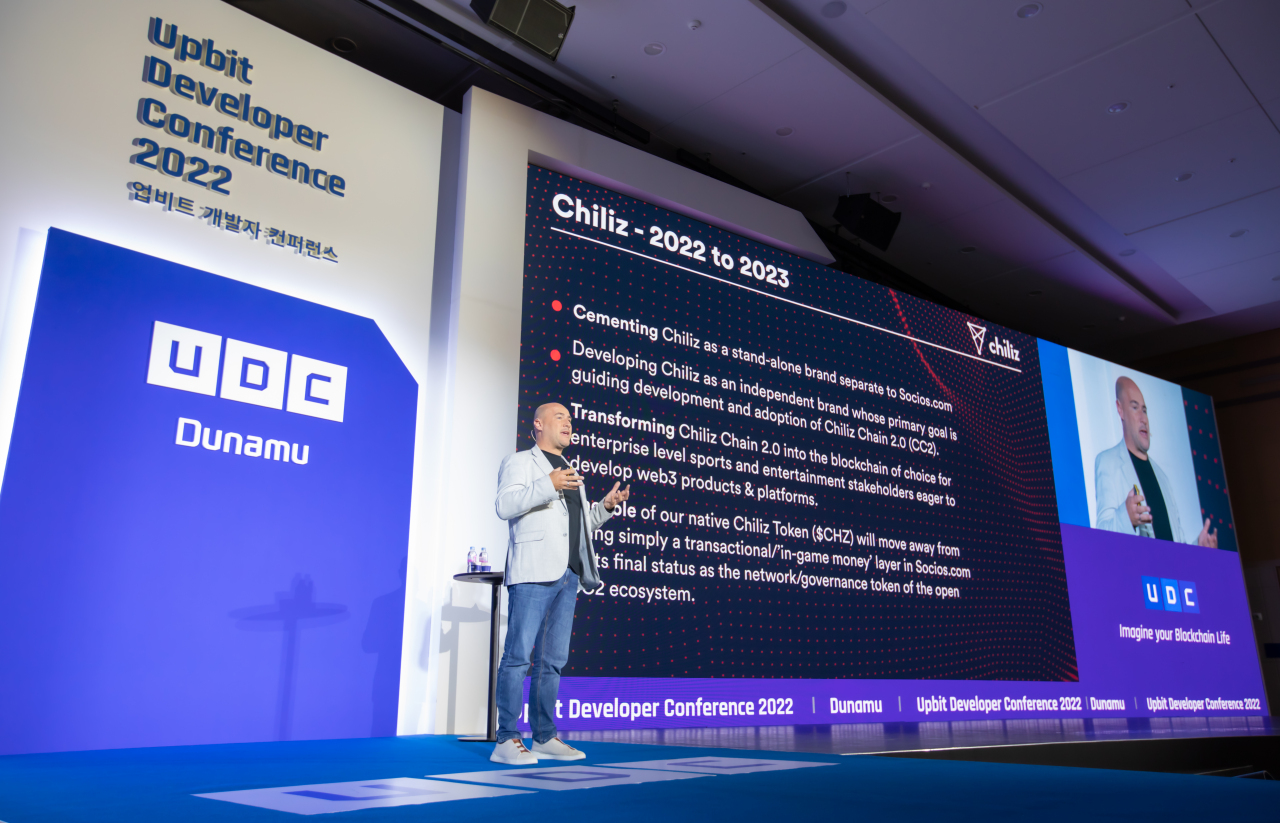 CEO of Socios and Chiliz Alexandre Dreyfus speaks at the 2022 UDC held in Busan on Friday. (Dunamu)
Another speaker at the forum that pointed to the power of fandom was Alexandre Dreyfus, CEO of Socios and Chiliz, an Ethereum-based coin that runs on the Chiliz blockchain. Dreyfus and his business have close ties with the concept of fandom as Socios is a fintech platform for fan engagement and fan monetization of sports teams using blockchain technology.

“Our vision is simple: we want to change passive fans to become active fans,” Dreyfus said during his session.

“We want fans around the world to have the same voice and power as a fan who is in the same country as their team is.”

Dreyfus said that is platform is basically powered by this fandom movement and that the main goal of Socios and Chilliz is to provide an immersive experience for sports fans.

Socios also sells fan tokens which are finite digital assets built on the Chiliz Chain. The tokens give holders the right to vote on official team polls and give opportunities to engage with their favorite sports teams.