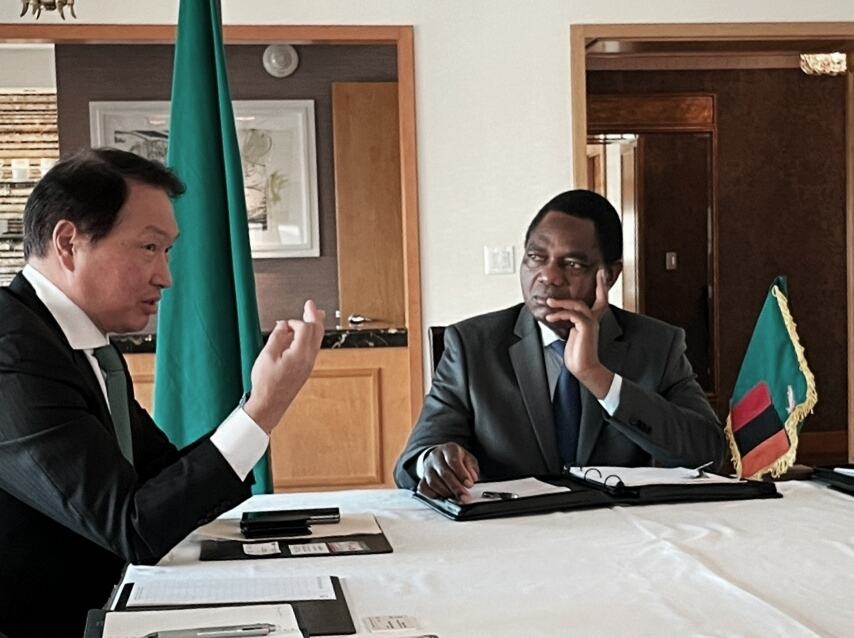 In the meeting, Chey highlighted that Zambia's copper mines offer interesting opportunities to companies, like SK, that engage in manufacturing of copper foil, a critical component used in lithium-ion battery cells, SK said.

Copper foil is as thin as one-fifteenth of the width of a human hair and used as the anode current collector of the lithium-ion battery cells for electric vehicles.

The meeting took place on the sidelines of the UN General Assembly, where world leaders, including Hichilema, had gathered to attend.

Chey explained to Hichilema that SK can also play a role in helping Zambia's energy transition to renewables, such as solar and wind power.

Hichilema, in turn, expressed hope to continue the discussions going forward on business cooperation between his country and SK.

Chey also used the meeting to ask for Zambia's support for Seoul's bid to host the World Expo in the southern port city of Busan in 2030, SK said. (Yonhap)