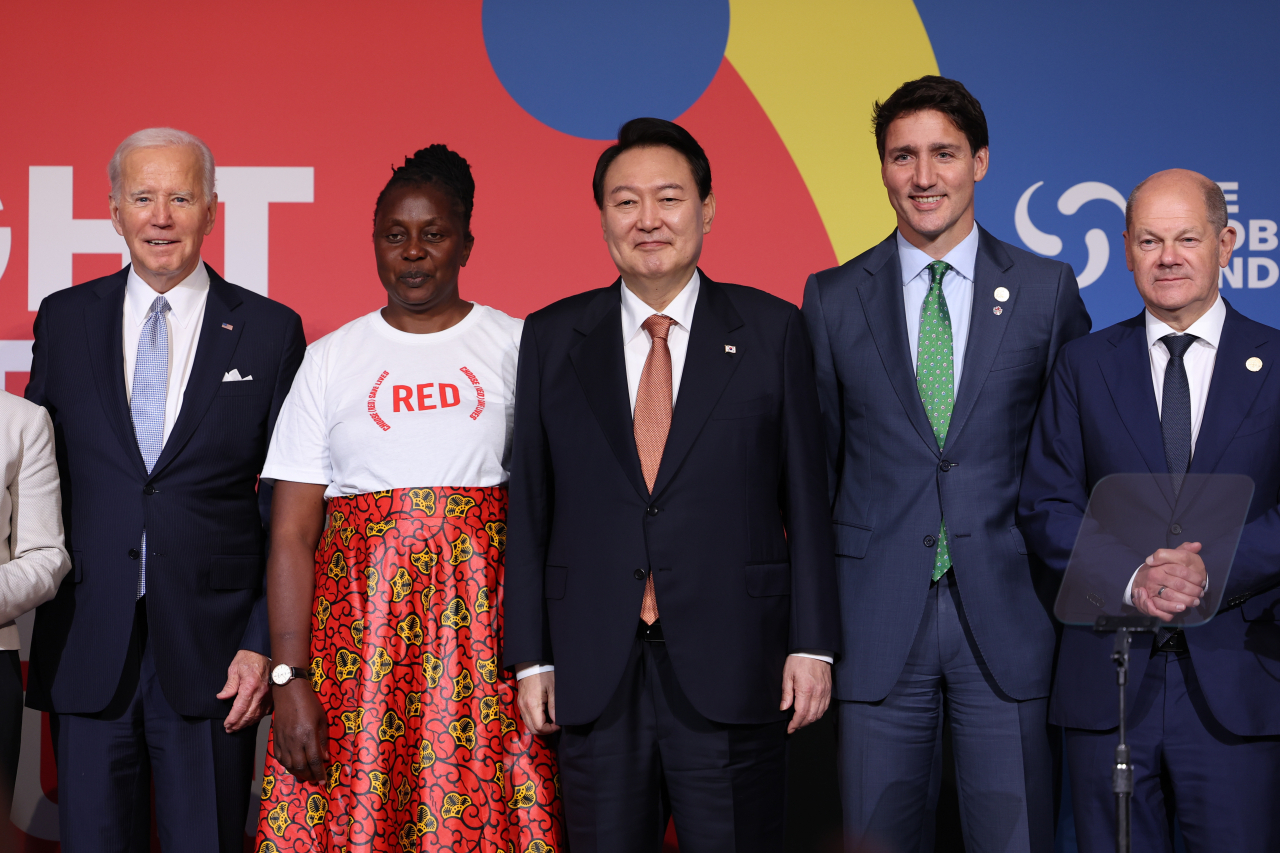 TORONTO -- South Korean President Yoon Suk-yeol on Thursday called on the National Assembly to render active cooperation for the execution of a pledge to contribute $100 million to a global fund for fighting infectious diseases.

Yoon wrote in a Facebook message that he attended the Global Fund's Seventh Replenishment Conference in New York on Wednesday and committed $100 million from South Korea for the fight against AIDS, tuberculosis and malaria over the next three years.

The message was posted amid controversy in South Korea over his use of foul language during the event.

In a video that has since gone viral, Yoon can be heard telling his aides in vulgar language that it would be embarrassing if legislature did not approve of something unspecified.

It was initially thought that he was referring to US President Joe Biden's pledge to contribute another $6 billion to the Global Fund, unleashing a torrent of criticism Yoon had created a diplomatic disaster.

But Kim Eun-hye, senior presidential secretary for press affairs, told reporters Thursday that Yoon made no mention of Biden.

The actual word he used was the Korean word for "throw out," she said, and Yoon was talking about how he would be embarrassed if the National Assembly, which is controlled by the main opposition Democratic Party, rejected his $100 million pledge. (Yonhap)