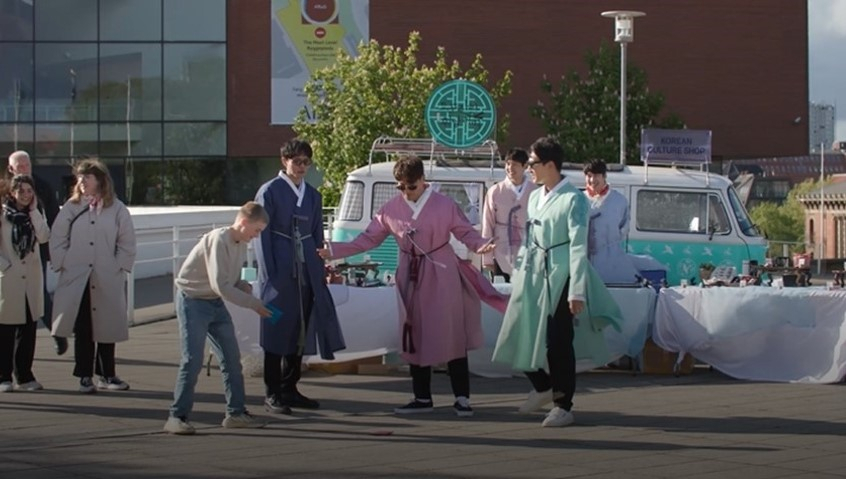 A still image shows the cast of "Dopojarak: Story of Homme the K-Wanderer" playing a traditional Korean game with people in Denmark. (MBC)

While many terrestrial broadcasters and cable channels have stuck with airing the latest trend -- dating reality shows -- some creators are trying to offer fresh entertainment programs. But many seem to be veering away from the traditional route of presenting hilarious performances and comic moments in unscripted shows.

In public broadcaster KBS' 21-part reality show “The Money School” in April, it shines the spotlight on scions of famous South Korean television celebrities and their consumption patterns. The program presents how the young cast make money and they are advised on how they should manage their spending.

Terrestrial broadcaster MBC’s “Dopojarak: Story of Homme the K-Wanderer” centers around five celebrities promoting South Korean culture in Denmark. The show premiered in July and recently came to an end.

Another MBC reality show, “United Fathers,” which premiered on Aug. 28, features how fathers from various countries spend time with their children, share tips and offer insight into parenting.

The format -- presenting the daily life of the fathers and children -- may be similar to MBC's hit variety show “Daddy, Where are you going?” (2014), which enjoyed wide popularity, but the show's creator said that he hoped to bring something other than simple entertainment.

“I really wanted to share how parents from various countries raise their children. Sharing their stories with the viewers was very important in producing the program,” television director Lim Chan said during a press conference held in August. 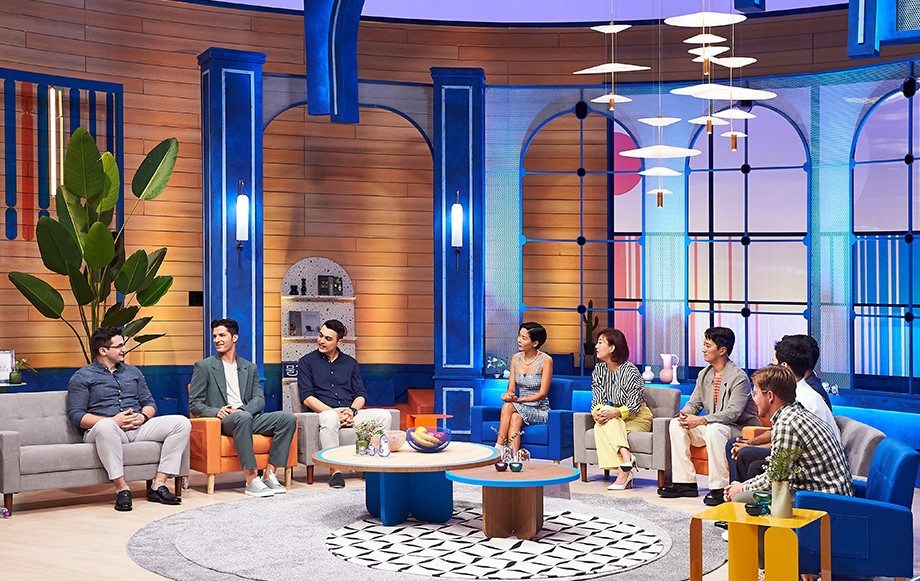 Cast of "United Fathers" share their opinions on different parenting styles in the studio. (MBC)

Cable channel tvN’s cooking entertainment show “The Backpacker Chef,” which started airing in May, also focuses on the lesser-known stories of guests. The show chronicles the journey of cast members who have to improvise meals with a mystery backpack of kitchen tools and ingredients they are each given.

Local broadcaster SBS on Thursday aired the unscripted show “Law of Coexistence 2,” a program which focuses on sending a message about protecting the environment.

“I personally think many unscripted show make me smile. But none of the programs that I watch these days, make me laugh out loud,” Choi Woo-young, 29, who teaches at a cram school in Incheon told The Korea Herald.

Choi shared that he watches old variety shows, like MBC’s “Infinite Challenge” (2006-2018) or SBS’ “Family Outing” (2008-2010), when he wants to watch something entertaining. "The hilarious content are on YouTube," Choi added.

“I think I am looking for something more from television programs. Something that is worth watching,” a 31-year-old woman surnamed Park said.

“Variety shows are great. But if I could learn even a small thing to add to my understanding of the world, it would be awesome,” she added. 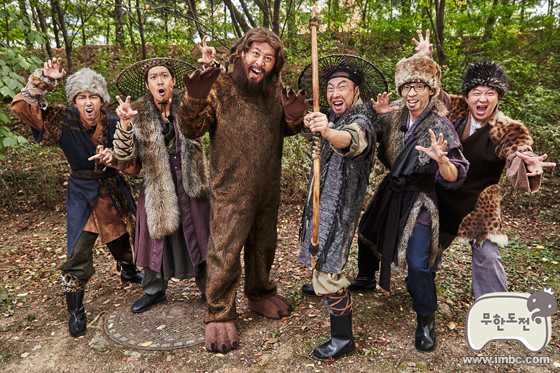 Members of "Infinite Challenge" are dressed up as prehistoric men. (MBC)

In the past, unscripted shows, including “Star King” (2007-2016), “Qualifications of Men” (2009-2013), “Infinite Challenge,” “Two Days and One Night Season 1,” “Family Outing,” “Knowing Bros” (2015) and “Michuri 8-1000” (2019), centered heavily on the cast’s makeup, humorous cosplay and ridiculous role-playing to capture viewers. These shows are considered legendary programs in the country's broadcasting history.

"Korean viewers' way of consuming broadcast content has changed over several years. They have been asking for more. Variety shows need to be funny and have something that can resonate with the audience. It can either be a social message or a dramatic journey of achieving a seemingly impossible goal," Jung told The Korea Herald.

"Shows like 'Qualifications of Men' became famous with comic segments and exciting role-plays, but earned nationwide popularity by featuring the story of a choir composed of celebrities in the cultural sector that was led by renowned conductor Kolleen Park," Jung added.

The only 2022 reality show to have caught the viewers' attention so far is tvN’s “Earth Arcade” that features games and quizzes. The show topped the weekly trending variety shows chart for the entire month of August, according to local analytics firm Good Data Corp.

The 12-part show topped viewership ratings among variety shows airing in the same time slot for more than nine weeks as well.