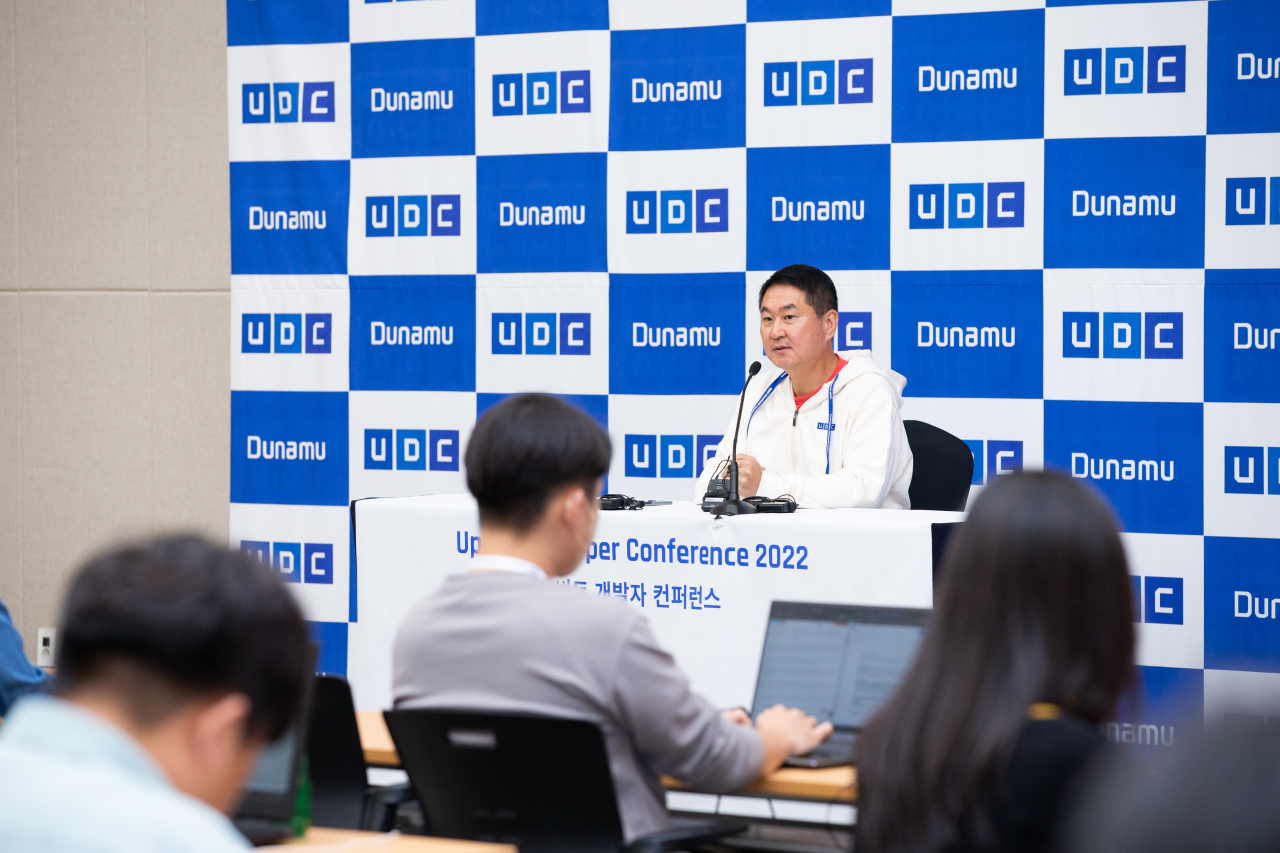 Dunamu CEO Lee Sirgoo speaks to reporters at a press conference held on the sidelines of the 2022 Upbit Developer Conference in Busan on Thursday. (Dunamu)
BUSAN -- The chief of Dunamu, the operator of Korea’s No. 1 cryptocurrency exchange Upbit, chose the firm’s non-fungible tokens venture with the K-pop powerhouse behind boy band BTS as its most anticipated project, at this year’s Upbit Developer Conference held Thursday.

“Crypto exchange operators face many restrictions when expanding blockchain businesses,” Dunamu CEO Lee Sirgoo said in a press conference held on the sidelines of the UDC in Busan.

“For us, NFT is the most viable solution for us to make profit besides exchange fees -- our joint venture with Hybe, dubbed Levvels, is currently gearing up to launch its services and our Chairman Song Chi-hyung sees it as a key project,” he added.

In November last year, Dunamu signed a share swap agreement with Hybe to establish a JV that aims to develop and launch NFTs based on artists represented by the K-pop powerhouse. Collectors will be able to purchase several projects created by Levvels including NFTs of BTS merchandise.

“We believe Levvels will be an opportunity to finally go global and venture into the overseas market,” Lee said.

Dunamu has struggled to expand its businesses overseas as foreigners are banned from buying or selling crypto in Korea.

“Dunamu is very grateful that Hybe has received permission from the US authorities to operate the business there, which enabled us to invest in Levvels,” Lee said.

The venture will be based in the US, where both the NFT market and Hybe artists’ fan base are strong and sizeable.

On the NFT market, Lee described last year’s market as “overheated,” yet Dunamu was unable to take advantage of it as much as it had expected. 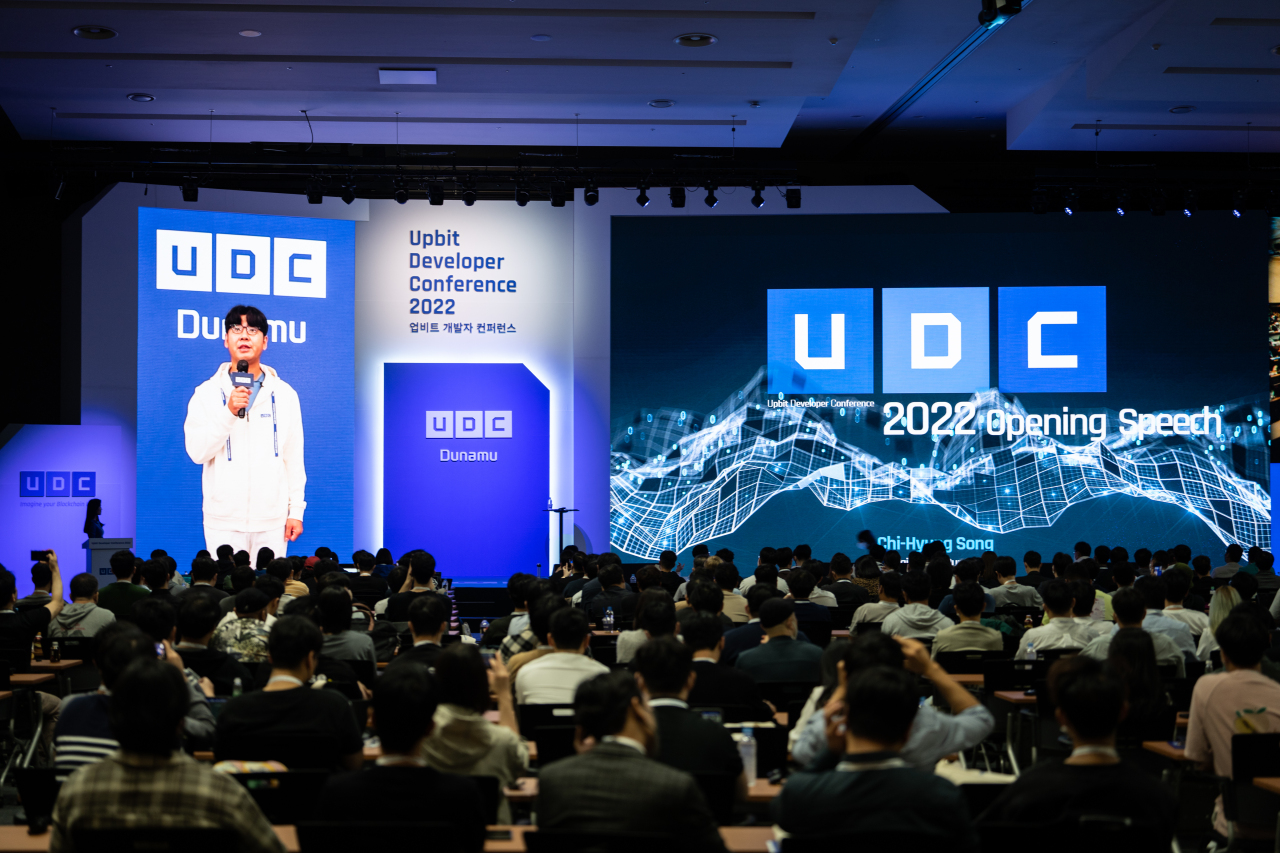 Dunamu Chairman Song Chi-hyung makes an opening speech at the 2022 UDC in Busan on Thursday. (Dunamu)
“But the NFT market has been steadily growing and we believe we will be able to achieve a stellar performance if we can collaborate with Hybe -- which has BTS and strong intellectual property portfolio -- on producing NFTs and selling them in the overseas market,” the Dunamu chief told reporters.

NFTs are unique, irreplaceable and irreproducible digital objects -- mainly artwork, music and other projects -- backed by blockchain technology that give buyers proof of ownership.

“We don’t know yet if the Korean crypto market will be changed once foreign exchanges enter the market. But we have faith that Upbit will be unrattled due to its transparency and stability.”

There have been growing signs in recent months that more foreign crypto exchanges are seeking to enter the Korean market.

Vidente, the owner of South Korean cryptocurrency exchange Bithumb, said in July it has held discussions about a possible sell-off of its stake to FTX, the crypto trading platform co-founded by billionaire Sam Bankman-Fried. Media reports also claimed that leading exchange Binance is eyeing a return to South Korea after exiting the market in January 2021.

Some 3,000 people registered for this year’s UDC, the nation’s largest annual blockchain developer conference, which kicked off Thursday, according to Dunamu officials. The two-day event, held in person at the Busan Port International Exhibition ＆ Convention Center after two years of pandemic disruptions, seeks to address the latest issues and trends in the blockchain industry.