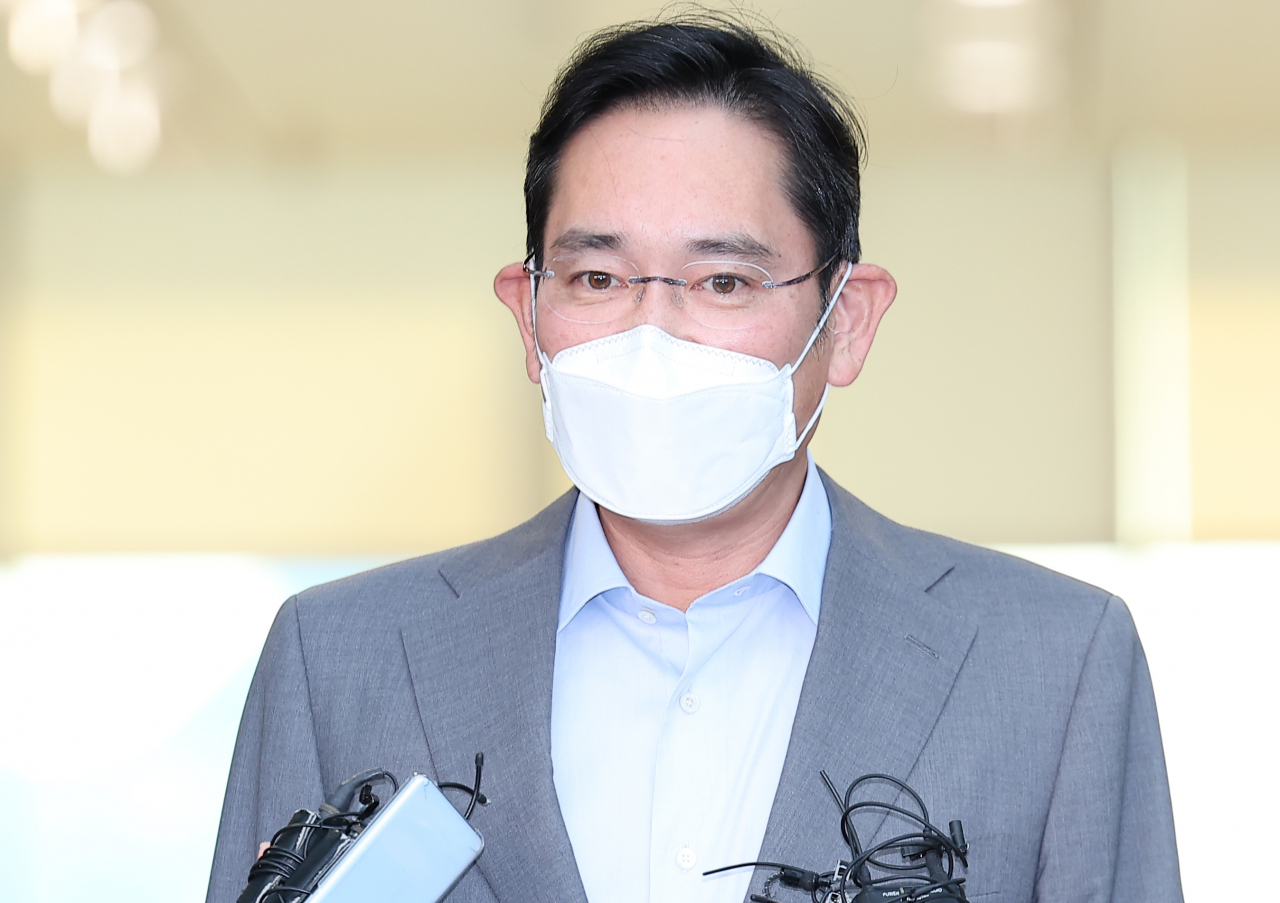 "Probably, Son might come up with such a proposal, but I have no idea what that is," he said when asked whether he met any Arm officials during his stay in London.

Samsung has been speculated as one of the parties interested in buying a stake in United Kingdom-based chip powerhouse Arm.

Lee added he did not meet officials from Arm during his visit to the United Kingdom, as the funeral for Queen Elizabeth II was taking place.

Japanese tech giant SoftBank is a controlling shareholder of Arm, which designs low-power processors used in more than 90 percent of mobile phones in the world. SoftBank has been looking for new investors in Arm preferably through a stock flotation in the United States by next year.

Lee returned to Seoul Wednesday two weeks after he embarked on a trip to visit Mexico, Panama, Canada and the United Kingdom. It was the heir's longest overseas trip since a 2018 trip to Europe and North America that lasted three weeks.

During the trip, Lee held talks with various heads of state, including Mexican President Andres Manuel Lopez Obrador and Panamanian President Laurentino Cortizo, to ask for their support for Busan's bid for World Expo 2030, according to the tech titan.

Speculations are growing as to how the succession plan of Lee will unfold, as the heir is free of restrictions to reenter Samsung's boardroom and get promoted to the chairman position following a presidential pardon granted in August for his bribery conviction in 2021.

Lee is to attend a court trial Thursday over his alleged involvement in the controversial merger of Samsung C&T and Cheil Industries in 2015, a deal that had incurred losses to Samsung C&T shareholders and opened the doors to Lee's control over Samsung's major units including crown jewel Samsung Electronics.