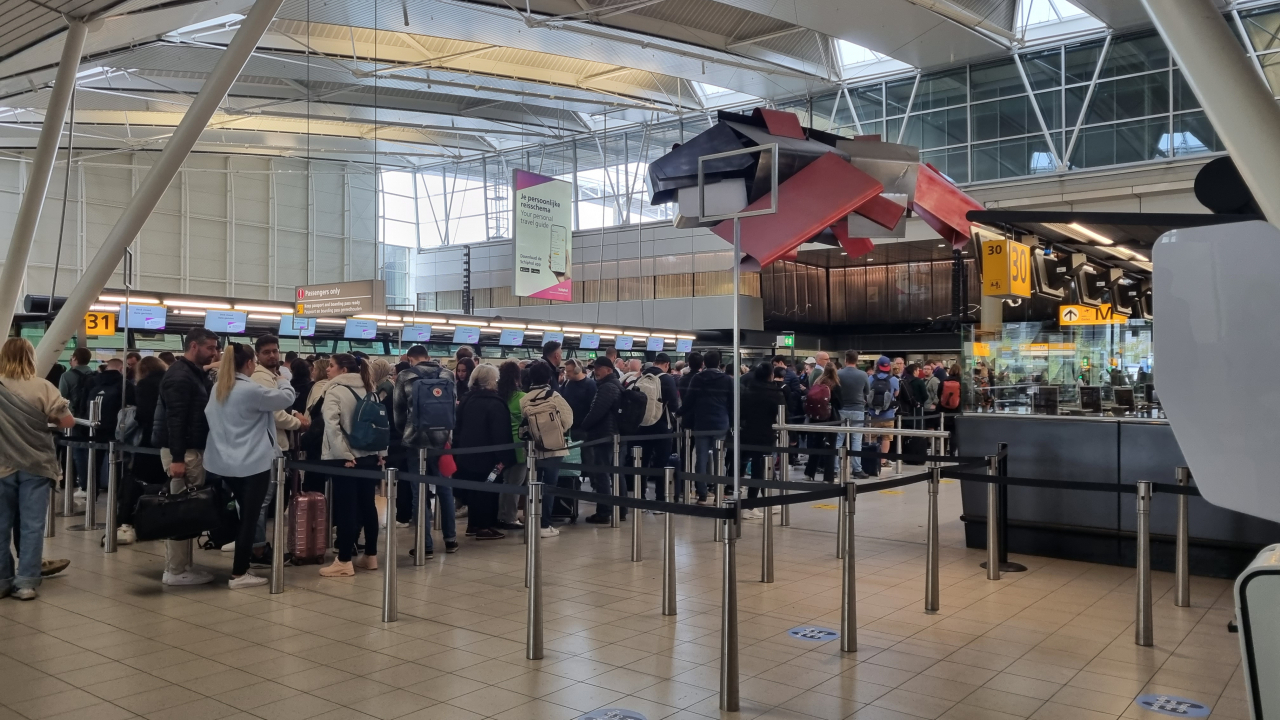 AMSTERDAM -- Upon arrival at Schiphol Airport, the third-busiest airport in the world, hundreds were lined up at closed check-in counters.

For a flight that was to take off at 9 p.m. to Incheon, South Korea, there were more than 200 people waiting in line already for the check-in counter to open at 4 p.m.

“We came here as early as possible because our tour guide told us Schiphol Airport is extra busy these days due to a manpower shortage. He said we could miss our flight if we get here like two hours before the flight because it takes a lot of time to go through security,” said a 40-year-old man waiting in line.

At security checkpoints, there were only seven out of 20 baggage-screening stations running that made long queues unavoidable.

Schiphol Airport has been struggling to keep up with the sudden surge in travel since April due to a manpower shortage, mainly security staff, that has caused hundreds of flights to be canceled and passengers to miss their flights. Last week, the airport's CEO, Dick Benschop, resigned over the travel chaos.

To cope with the staffing shortage, Schiphol Airport has decided to reduce the number of passengers coming to and from the airport daily by 18 percent until at least the end of October.

“We are prioritizing filling in our security staff but it is not just the security staff that we are lacking but also staff in other service sectors such as in the F&B. You will see that many of the stores in the airport are closed because now they operate only a few days in a week for a shorter operation time due to staffing shortage,” said Director Schiphol International Kjell Kloosterziel.

As for why the airport has not been able to bring back staffers that used to work there before the pandemic, Kloosterziel said some of them retired in the past three years and others may have taken new jobs. Some others were transferred to work for the health authority department, he added.

The number of complaints, such as those over missed flights and lengthy security lines, peaked in July and August as the number of travelers increased during the summer vacation season, according to Schiphol Airport.

Schiphol Airport was the fastest among other European airports to recover the number of passengers to near pre-pandemic levels.

In July, the number of passengers that had traveled through the airport reached 77 percent of that of 2019 in the same month.