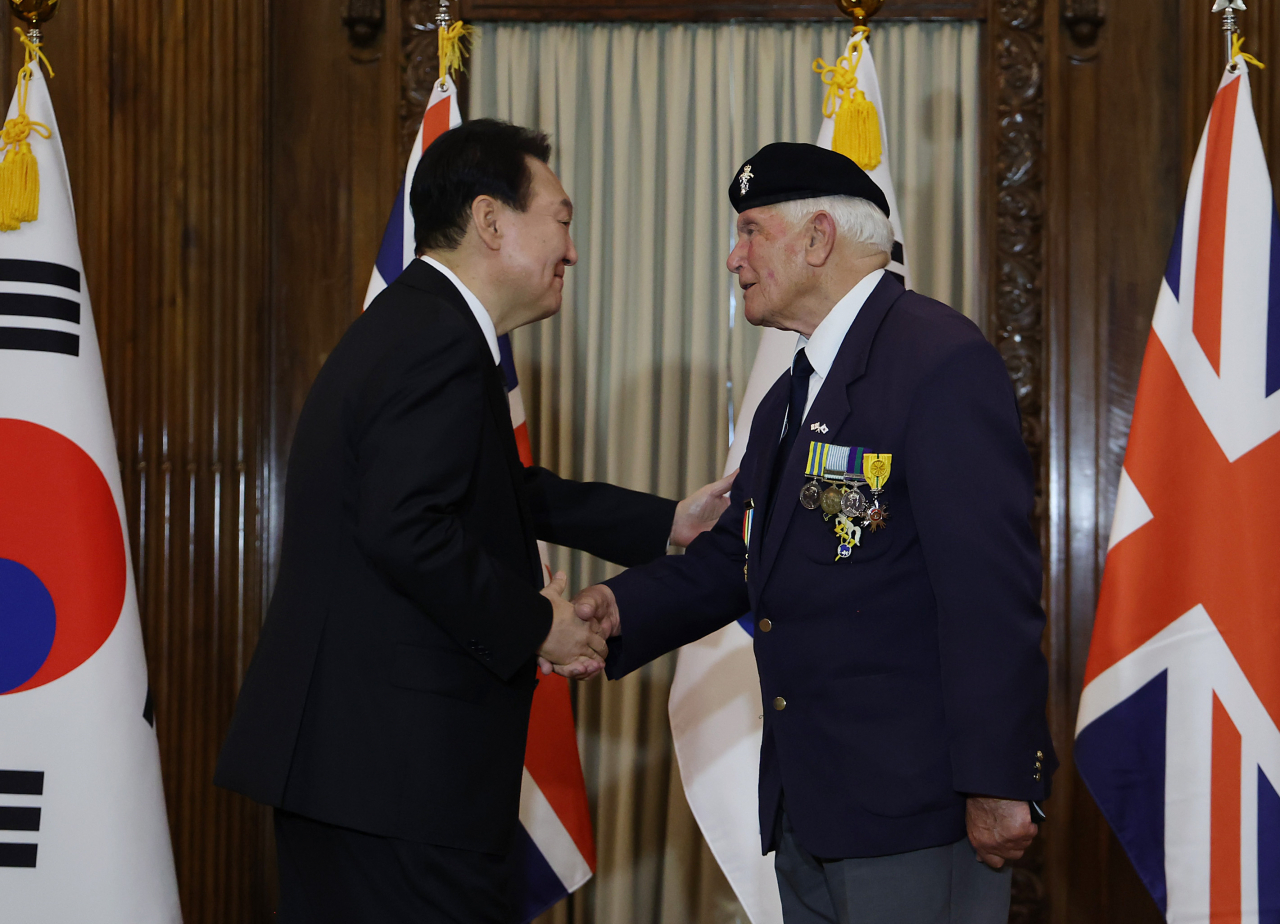 President Yoon Suk-yeol (L) shakes hands with Victor Swift, a British Korean War veteran, after presenting him with the Civil Merit Medal at a hotel in London on Monday. (Yonhap)

LONDON -- South Korean President Yoon Suk-yeol on Monday awarded the Civil Merit Medal to a British veteran of the Korean War, thanking him for his sacrifice and dedication to the defense of peace.

Yoon presented the medal to Victor Swift, who served as a corporal in the Corps of the Royal Electrical and Mechanical Engineers during the 1950-53 war, after attending the state funeral of Queen Elizabeth II.

Swift, 88, serves as head of the British Korean War Veterans Association and has worked to support veterans and increase exchanges among them since 1998, according to the presidential office.

"The liberal democracy of the Republic of Korea, and the free market economy that has led us to growth and prosperity, would not have been possible without the teenagers, such as Mr. Victor Swift, who fought with their lives to defend the freedom of a country they had never visited and a people they had never met," Yoon said after presenting the award at a hotel in London.

Swift thanked the president and the Korean people, saying he is "overwhelmed and surprised" to be receiving the medal.

Yoon arrived in London the previous day as part of a three-nation swing that will also take him to New York for the UN General Assembly and to Toronto and then Ottawa for a summit with Prime Minister Justin Trudeau.

The medal ceremony was his final public engagement in London before he departed for New York. (Yonhap)