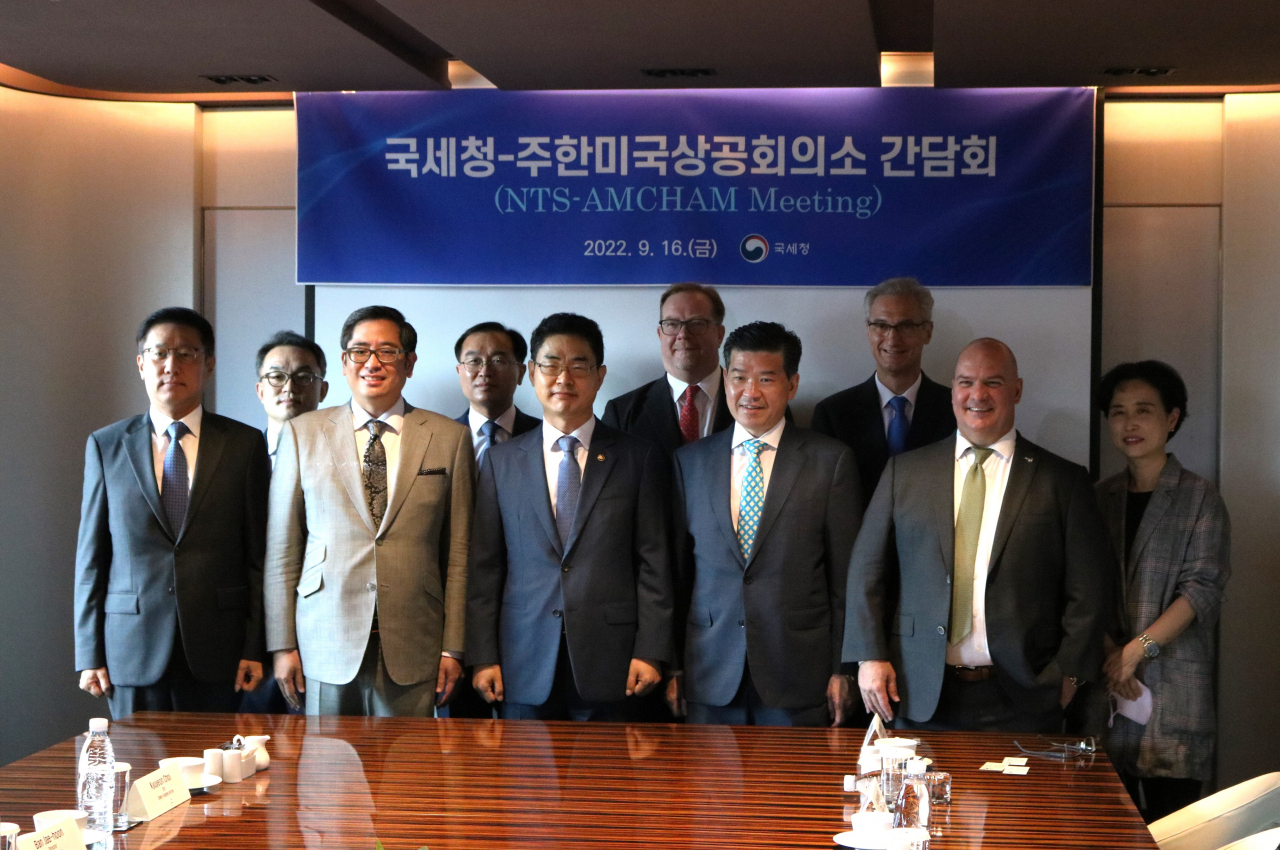 The American Chamber of Commerce in Korea and National Tax Service officials pose for a picture after Friday's meeting at the Plaza Seoul Hotel. (AmCham)

National Tax Service Commissioner Kim Chang-ki said that the tax agency will ensure transparent and impartial tax services for foreign firms operating here at a roundtable meeting with the American Chamber of Commerce in Korea on Friday.

"We are thankful for the deep trust and constant investment US firms make in Korea," he said.

"The NTS will continue to provide foreign firms with a world-class, transparent and fair tax system, with no discrimination."

“We welcome the recent proposal of the Ministry of Economy and Finance to remove the five-year limit on the 19 percent flat tax rate for foreign residents,” Kim added.

Kim said he acknowledges the role NTS has played in Korea’s development and economic growth, and affirmed that AmCham would do its best to act as a bridge to enhance business relationships between the US and Korea.