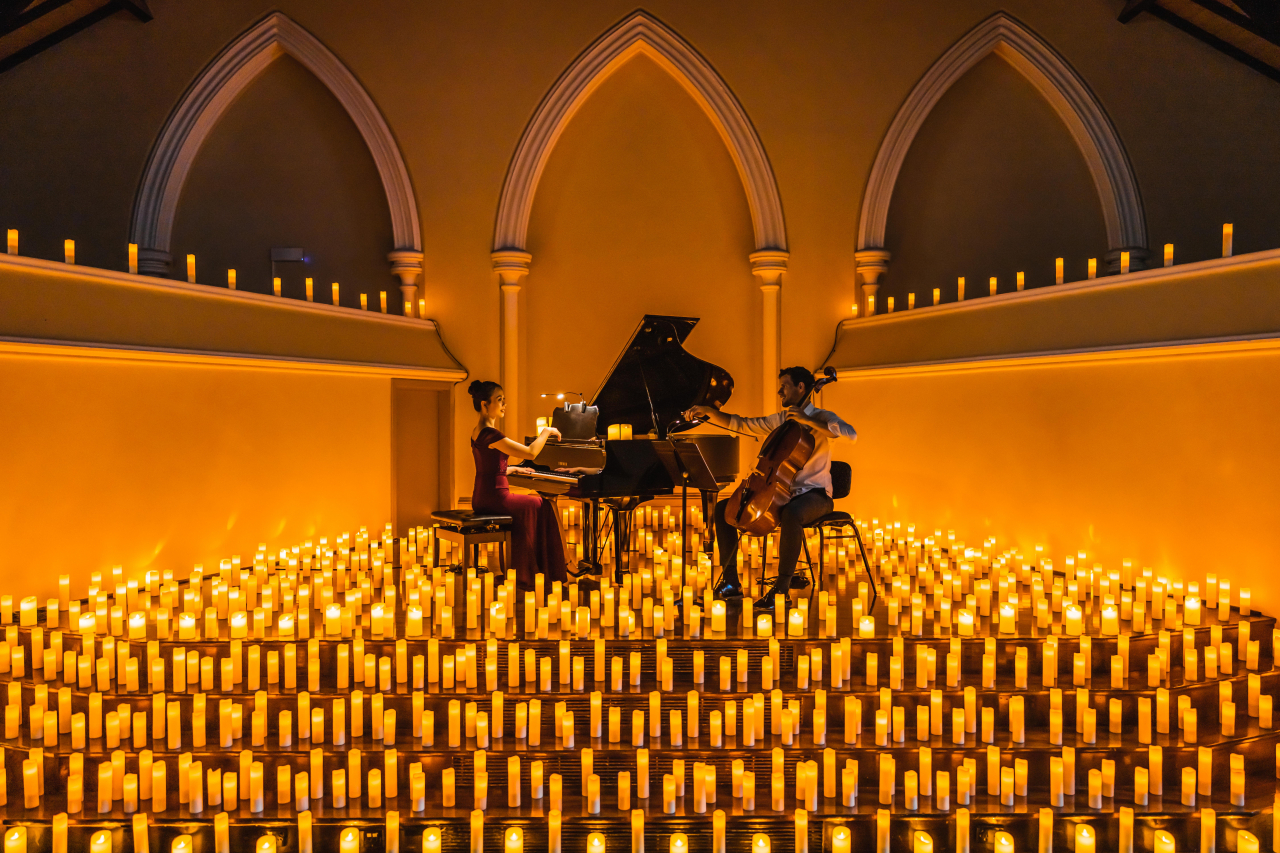 A series of concerts held in various cities (Fever)

Imagine yourself listening to your favorite classical music pieces in a concert hall filled with candlelight.

Entertainment discovery platform Fever is bringing this special experience to the Korean audience with a series of gigs in September and October.

Showcasing the music of renowned composers like Vivaldi, Chopin or Beethoven, the concert series aims to bring traditional classical music closer to young listeners by discovering local experiences in their cities with “a mission to democratize access to culture and entertainment in real life,” according to the New York-based firm.

The first installation of the series featured a string quartet ensemble playing at the candlelit Sebitseom, artificial islands on the Han River in Seoul, Wednesday.

Currently touring in over 90 cities across the globe, Fever’s growing list of programs features a wide variety of themes and genres beyond classical music, such as jazz, pop, film soundtracks and ballet, showcasing the best hits from contemporary artists.

Like in other global cities, the event organizer plans to use several landmarks in Seoul, such as churches, libraries, mansions and cultural heritage sites, as performance venues, with plans to form networks of talented local musicians in Korea to perform at concerts.