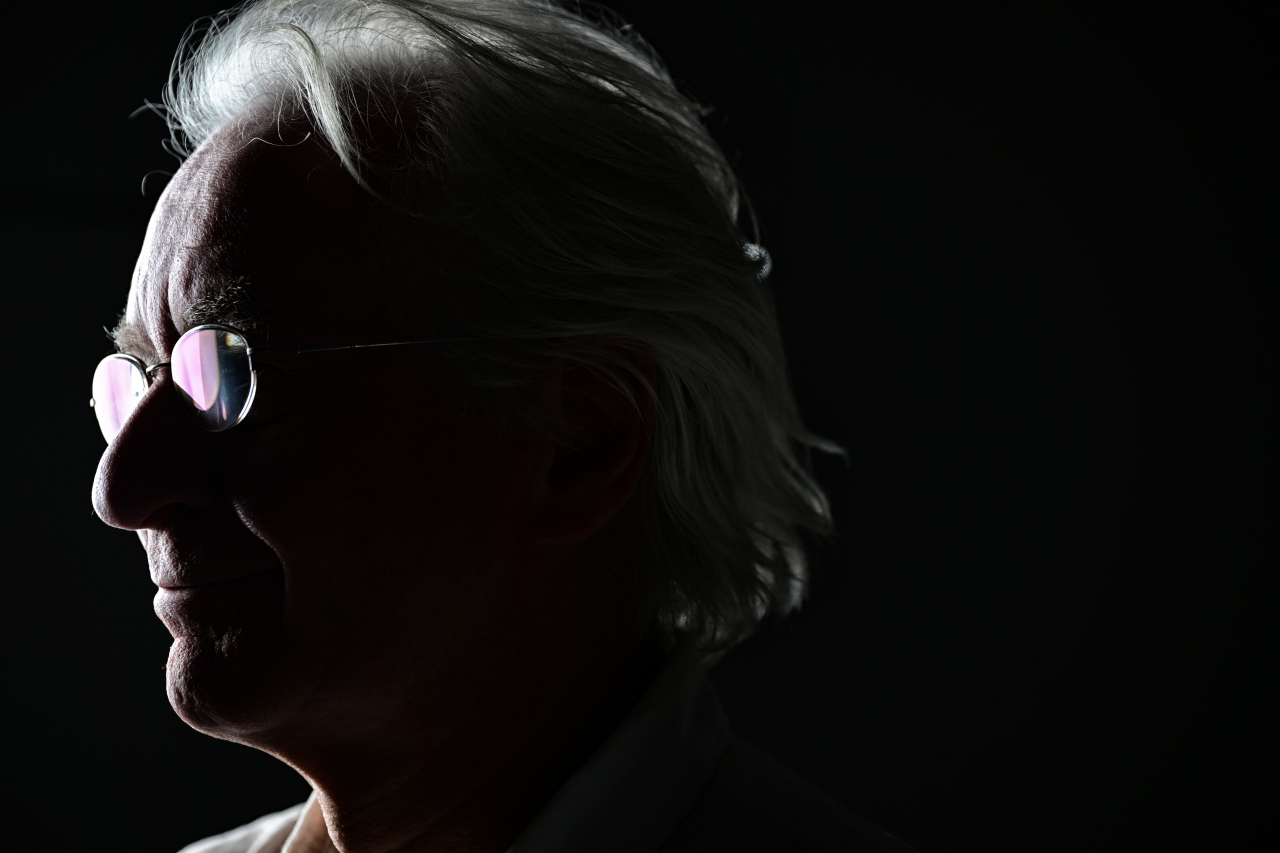 Lim quickly became a household name -- even those who have no interest in classical music would have heard his name or seen a clip of his powerful winning performance in the news. The question on many people’s minds these days is: “Why are so many Korean musicians winning top prizes prestigious international music competition?" The question even prompted a government-led forum.

It is also a question that Thierry Loreau, a Belgian classical music program producer and documentary film director, has been asking. 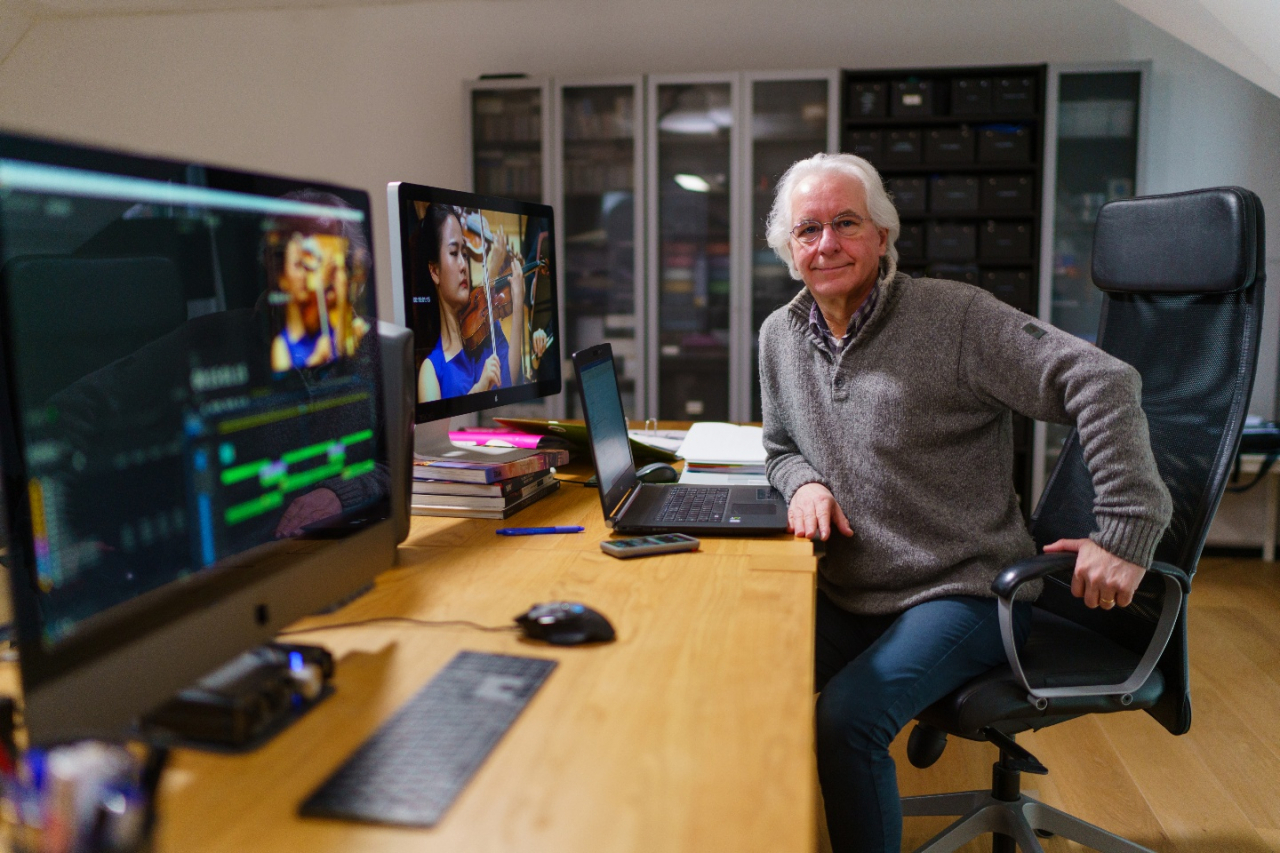 Loreau, who is an oboist and holds a master’s degree in musicology from the University of Brussels, began directing classical music programs in 1983, and in 1996 he was asked to film the Queen Elisabeth Competition for Belgian TV, a project he continues to this day.

When he began filming the Queen Elisabeth Competition in 1996, there were no Korean musicians. But he became aware of the growing presence of Korean competitors year by year. In 2009, Korean musicians accounted for 30 percent of the contestants in the first round. Five of the 12 finalists were from Korea, according to Loreau.

“I saw it was the same in all the other competitions in the world,” Loreau said in an interview with The Korea Herald on Aug. 29 in Seoul. While they did not win many prizes, there were suddenly many Korean musicians at international music competitions, he said.

“So, it was truly a mystery in Europe. That’s why I called this movie 'The Korean Musical Mystery,'” Loreau said, referring to his 2012 documentary. “I went to Korea and Germany to understand why.” 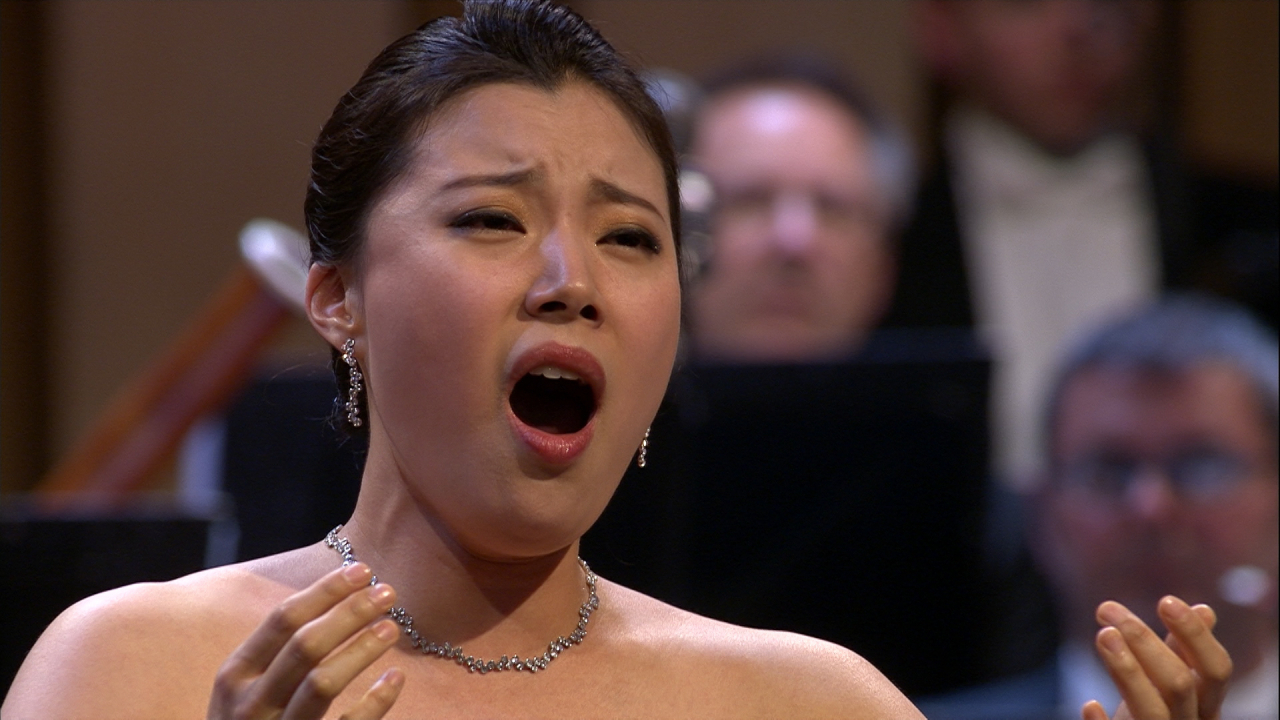 “Suddenly something different happened. They knew how to win!” Loreau said. “It’s something I wanted to go deeper into and understand,” he said about the motive for his second documentary film, “K-Classics Generation,” which was recently released in Korea. 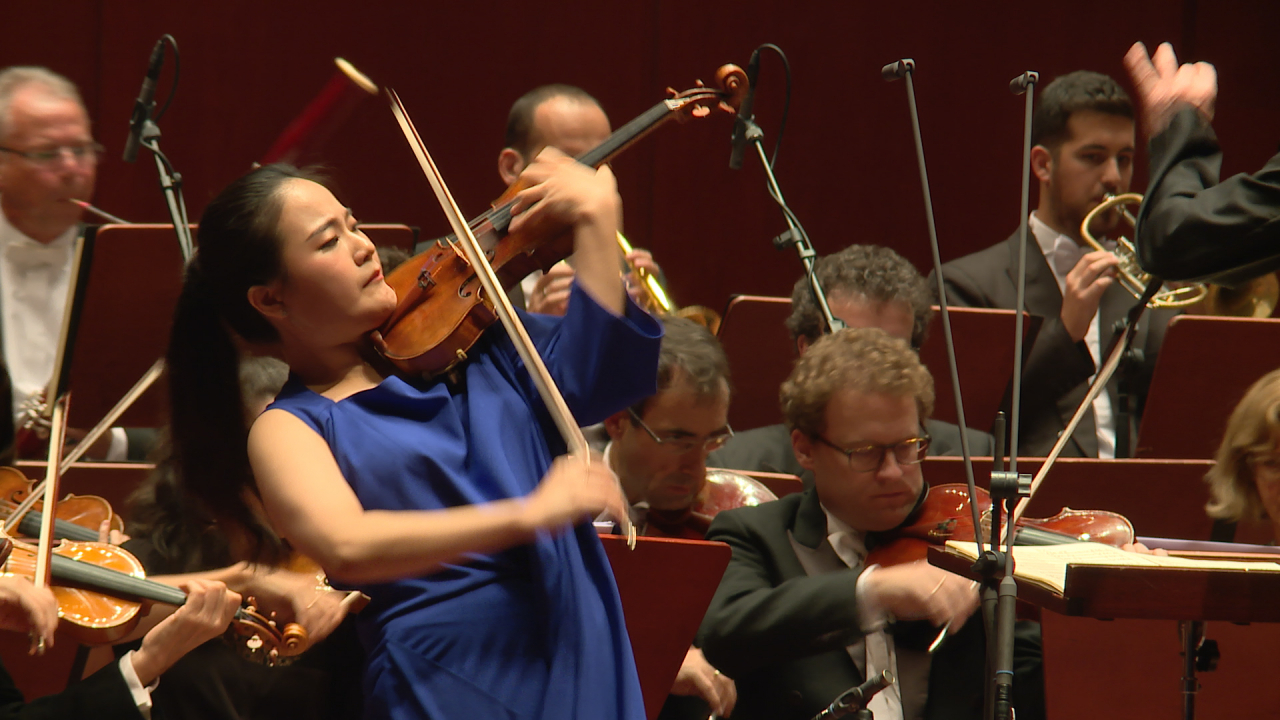 For the documentary, Loreau was let into violinist Lim Ji-young’s home, where he interviewed the parents. It was an emotional interview -- when the father cried, the director found himself crying, too.

“I felt that that, really, the child project became the family project,” he said. The mother quit her work and became the daughter’s coach and the father worked harder so the gifted daughter could get private lessons. “And I think it’s beautiful because, in the end, the success is not only Ji-young’s success but the parents’ success, too,” said Loreau.

The success came with the great sacrifices of the musicians, who dedicated their days to seemingly endless hours of practice, and leaned on their families.

“Sacrifice is the key word of the film. The life of a musician is sacrifice,” he said. 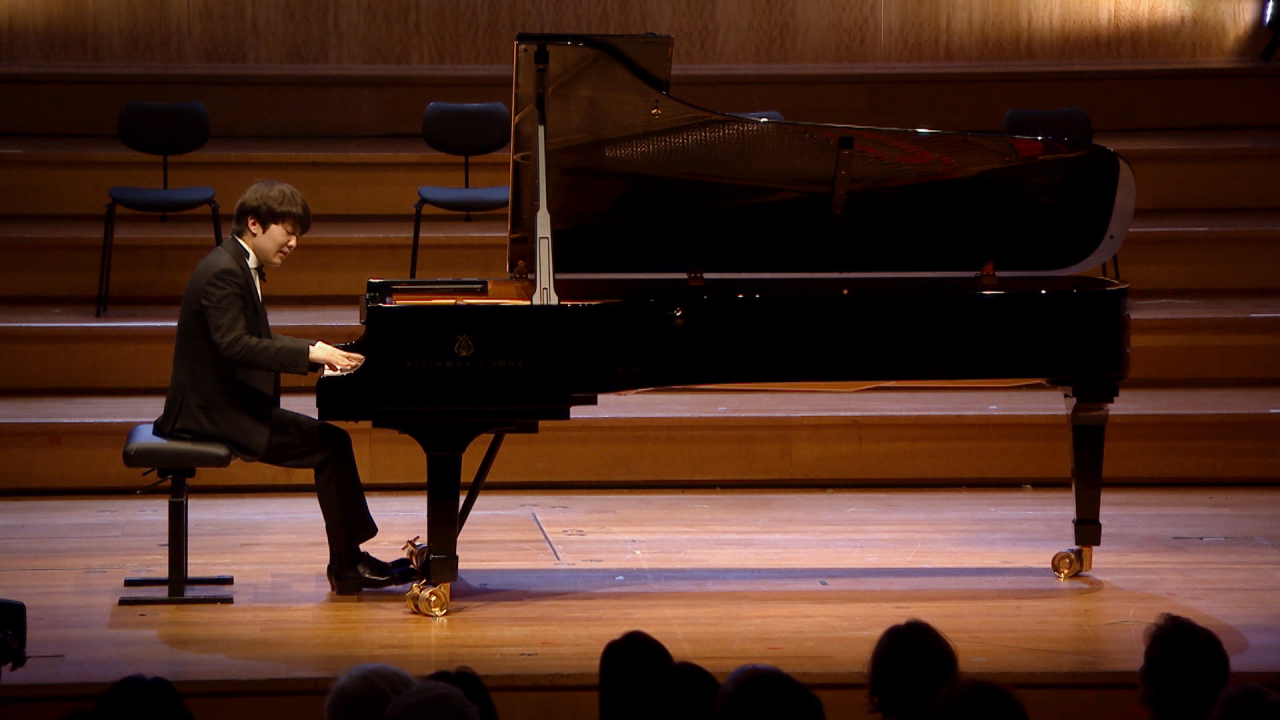 Another answer -- perhaps the most important -- to Loreau’s question of why Korean musicians were suddenly sweeping up prizes at music competitions around the world the director found in the Korea National University of Arts, which opened in 1991, and the Korea National Institute for the Gifted in the Arts, which was established in 2008.

Many Korean musicians who studied in the US and Europe returned home and became teachers, and the gifted program selects the best musicians at 9 and 10, Loreau found.

When these gifted musicians, who have been training for years under the same teachers at KNUA, enter university at 18, they are well prepared, according to Loreau.

But there was a deeper reason, Loreau found. “I discovered that the teachers changed their way of teaching a little, like Kim Dae-jin says in the film,” Loreau said, referring to the current president of KNUA.

“When he (Kim) went to competitions, he saw many Koreans and they were all the same, they played all the same, so at the end, he didn’t know who played what,” said Loreau. "Kim realized that every musician has to find a way to express himself, find his own identity."

“Now, it’s ‘OK, you know the technique now. Now go behind and deeper so you can express your own feelings.’ And I think it changed everything because now I feel really that the musicians are more free,” Loreau said. “Music is life and musicians tell their story through music. When they play, they tell a story. I really love this idea. They have more imagination because teachers told them, ‘Find something, find something in yourself,'” Loreau said.

This was the change in Korea: They found the perfect balance between technique and expressivity, according to Loreau. “That is why they win so many competitions.” 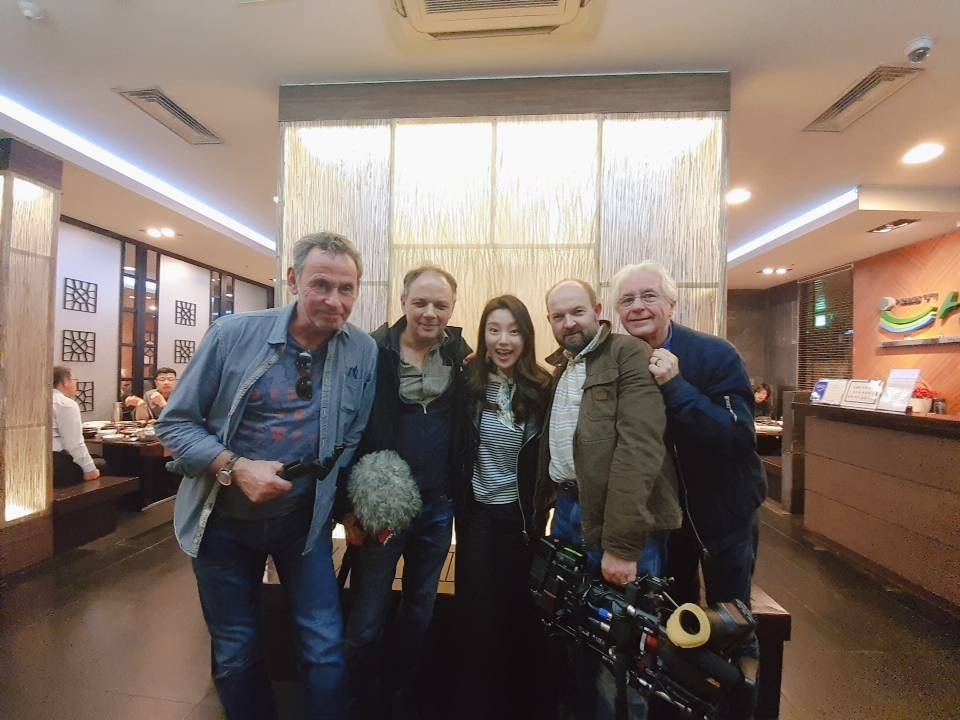 Loreau wishes to show this change to viewers -- the film was intended primarily for Belgian and European viewers -- to dispel misconceptions or misperceptions they have of Korean musicians as being technically brilliant but lacking something.

Loreau would like viewers to see the changes that he sees. Talking about cellist Choi Hwa-young, who won the top prize at this year’s Queen Elisabeth Competition in June, Loreau recalled how the judges said, “Something is changing in Korea.” Her performance was very personal and there was so much identity and personality that he knew, everyone knew, even at the second round of the semifinal that she would win, Loreau said. “It felt like you were watching a movie.”

“It is Western music but Korean musicians are showing us how fresh classical music can be," Loreau noted. “You bring us a new way to play because you are young. It’s trendy, it’s modern,” he said, noting how struck he was by the youthful energy of concert halls in Korea where classical musicians are treated like rock stars.

Winning a prestigious prize does not guarantee instant success, however.

“Winning a competition is just a step. After they win, some don’t know what to do next,” he said, adding that the right manager is very important.

Violinist Yang was alluding to this when he said one of his reasons for competing at the Jean Sibelius International Violin Competition after his stunning Paganini win years earlier was to find more opportunities to perform, especially in Europe.

Loreau pointed out that it is difficult for musicians from Asia to obtain chances to perform in Europe, as concert halls prefer to hire performers from their own cities who are more familiar to local audiences. 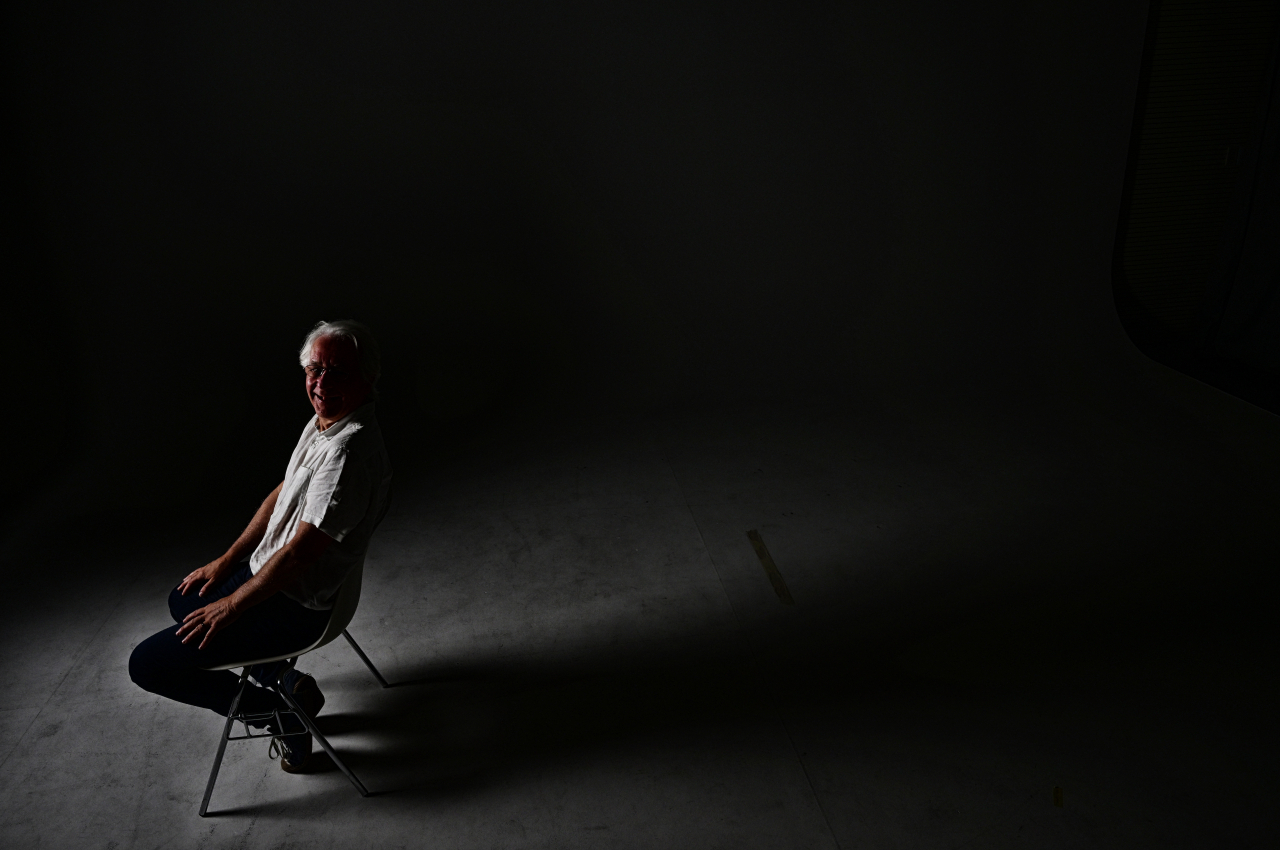 Lim Yun-chan and Choi Hwa-young were “two real shocks of my life really in one week,” said Loreau. "They found a new way. We feel the music through their body, eyes.”

Is it sustainable, or is Korea just having a moment in classical music?

“I think it will continue. Because I think it is completely unique in all history of music that a country suddenly in 10, 15 years becomes the best in the world,” he said. "It’s crazy."

Loreau, who wanted to go deeper and catch the “Korean soul, culture, spirit, life" and wanted Belgians to discover Korea through its musicians, is now working on his third documentary. Featuring three Belgians living in Korea and two Koreans living in Belgium, the film is to explore the theme of “double identity” across two countries and two cultures.