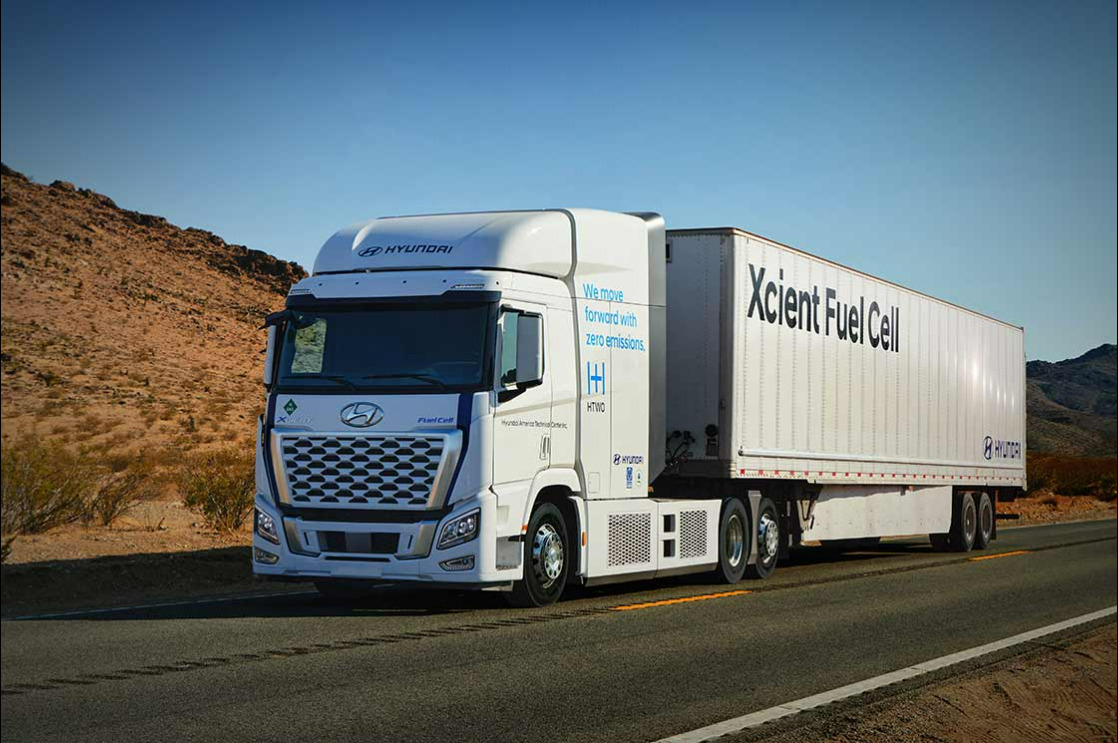 Hyundai Motor Group said Thursday that it has won $3.5 million in funding from the US Environmental Protection Agency (EPA) to participate in an air pollution reduction project. Under the project, the Korean carmaker will replace five diesel trucks with its hydrogen-powered Xcient Fuel Cell trucks, in California, by the third quarter of 2023.

Under EPA’s Targeted Airshed Grant funding program, which began in 2015, the US aims to fund experiments for emissions reduction in cities with the highest levels of ambient ozone and fine particulate matter (PM2.5) pollution.

With secured funding, FEF will deploy the Class-8 heavy-duty trucks to deliver liquified hydrogen to their refueling stations for the next five years, including one year of demonstration with reporting duties to EPA and four years of commercial operation.

Hyundai said it expects to demonstrate its fuel cell electric heavy-duty truck technology in a long-haul transport operation, adding that EPA’s selection of the Xcient Fuel Cell recognizes the significant benefits of its technology to the emissions reduction.

“We are happy to deploy our Xcient Fuel Cell in California, especially since this will help local stakeholders to decarbonize the hydrogen supply chain itself by substituting conventional trucks, which have been used to haul hydrogen -- to hydrogen trucks,” Mark Freymueller, Hyundai Motor Group’s senior vice president and head of commercial vehicle business innovation, said in a statement.

The deployed model will be the Xcient Fuel Cell 6x4 tractor, equipped with a 180-kilowatt fuel cell system and e-motor with a maximum output of 350 kW.

The South Korean carmaker first launched the world's first mass-produced hydrogen fuel cell electric truck in 2020. Up to now, the firm has deployed 47 units in Switzerland where they have accumulated more than 4 million kilometers in driving as of July.