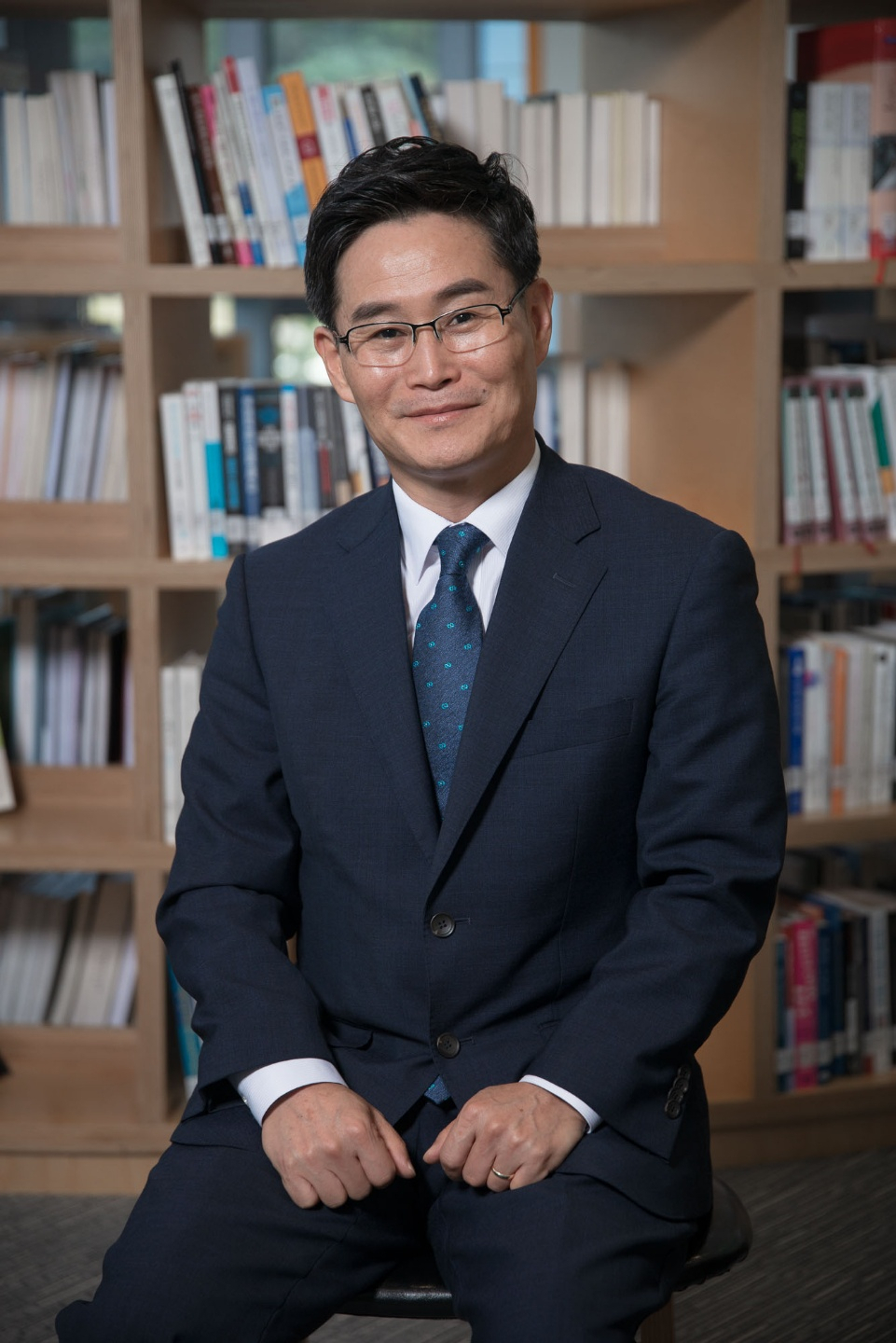 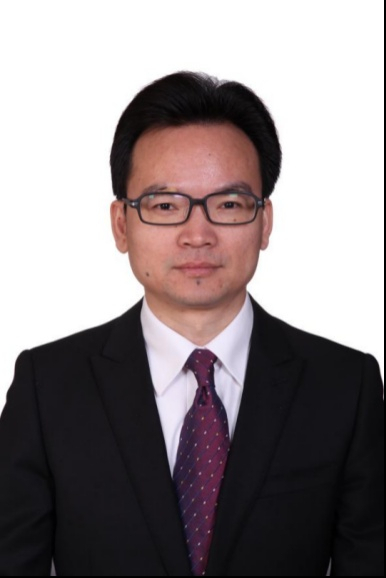 Now is the time for Korea and China to look back on the past, face the present and talk about the future. Over the past 30 years, Korea-China relations have developed explosively.

This week, as we continue the series on the New Korea-China relations, the second topic covers economy and trade, following the social and cultural dimensions. This week’s discussion invites two experts from home and abroad. Senior research fellow Yang Pyoung-seob at Korea Institute for International Economic Policy, who served as the director of its Beijing office, and professor Tu Xinquan at the University of International Business and Economics, who also is the dean of the China Institute for WTO Studies at the same university, have joined for the discussion.

Hwang: What are the achievements of economic cooperation in the 30 years of diplomatic relations between Korea and China?

Yang: For the last 30 years after the establishment of diplomatic relations between Korea and China in 1992, trade and investment between the two countries have grown dramatically through the process of coordination and expansion.

In 2021, Korea-China trade rocketed 47 times (14.2 percent per year on average) compared to the period when diplomatic relations were just established, and at the end of 2021, the balance of direct investment between the two countries grew 472 times (23.7 percent per year on average) to $100.9 billion. The overall volume has expanded by establishing a complementary cooperative relationship in the manufacturing sector and by meeting the demands that the stages of mutual economic development require at the same time.

The two countries also have an institutional basis for further economic cooperation. In December 2015, the Korea-China FTA Product Agreement was put into effect in order to enhance the strategic cooperative partnership, and the second stage, service/investment negotiations, is currently underway.

Tu: The strategic cooperative partnership between Korea and China is taking place not only in the economy and trade, but also in various fields such as politics, humanities, science and technology. However, economic and trade cooperation is indeed a bright spot for bilateral relations, and trade between Korea and China is a crucial factor in the development of the two countries' economies.

In the first half of this year, trade between China and Korea was $184.25 billion, which was about a 9.4 percent increase from the same period of last year. Korea is expected to become China's second-biggest trading partner this year. Against the backdrop of the vulnerable recovery of the global economy, Korea-China trade maintained rapid growth. This fully shows that the economies of the two countries are highly complementary and fully shows the resilience and potential of bilateral economic and trade cooperation.

Hwang: Would you explain the development process and flows of Korea-China economic relations?

In particular, conflicts between South Korea and China over the deployment of THAAD (the US’ Terminal High Altitude Area Defense anti-missile system) have continued since 2016, and economic cooperation between the two countries has been partially affected by the competition between the US and China since 2018. In addition, negative factors are reflected all over economic cooperation between Korea and China, for instance, the suspension of operations and human exchanges due to COVID-19 after 2020 and soaring global resources and energy prices after Russia's invasion of Ukraine in 2022.

Hwang: From an economic point of view, what could be the nature of Korea-China economic and trade cooperation?

Hwang: What could be the main problem of the bilateral economic relations between Korea and China?

Tu: The reality that both sides must gradually accept and adapt to is the fact that the relative gap in volume between China and Korea will continue to widen and the industrial development gap will steadily narrow down.

Indeed, the pace of China's economic development and industrial advancement exceeded our expectations. This is the fruit of our efforts in addition to a lot of internal and external favorable factors. China's economic volume has reached the second largest in the world, and the gap with Korea has widened from 1.4 times to nine times, compared to the early days of diplomatic relations.

However, China's development has not reached very high levels and there is still room for sustainable expansion. We must therefore accept the growing gap in economic scale between China and Korea.

Yang: There is a growing possibility that the scalability of the Korea-China trade will be limited. China's strategy to strengthen the domestic supply chain, the semiconductor-biased export structure, and the gap between China's import structure and Korea's export structure is likely to limit Korea's export expansion to China. These changes are leading to the trade deficit with China.

Hwang: From the perspective of the industrial structure, both Korea and China value the development of the manufacturing industry. Is Korea's competitiveness with China declining in bilateral trade?

Yang: As China's role shifts from Korea's export market to intermediate goods suppliers, China's influence in Korea's supply chain and economic security is increasing. Korea's dependence on China for imports of intermediate goods (parts and materials) is also continuously rising. In Korea's imports, there are 1,275 items that record more than 90 percent of dependence on China, and 1,850 items with more than 80 percent (out of 12,586 items based on 10 HS units).

Tu: Once again, China relied on huge resource mobilization capabilities and the benefits of domestic market size to achieve sustained development in some industries and even caught up with Korea.

A representative example is the new energy automobile. Regarding the area, China barely relies on the export market and bases on the pure domestic market, which in the end fostered enormous emerging industries and gradually gained international competitiveness.

From China's point of view, just because its national power is getting stronger day by day, it cannot treat other countries with arrogance and abuse its power like how the US does. For Korea, it is meaningless to compare the absolute scale with China. On the other hand, it should pay attention to the opportunities that China's economic development has brought to Korea and form a complementary industrial partnership with China.

Hwang: Is the competitiveness of Korean investment in China also declining?

Yang: Actually we are going through the second phase of restructuring.

According to the analysis of the Export-Import Bank of Korea, the sales ratio of Korean companies in China plunged from 7.3 times in 2013 to 2.7 times in 2020, the operating profit ratio from 4.9 percent to 2.2 percent. Also the sales and market share of Korean-brand automobiles in China decreased quite steeply.

After the global financial crisis, the first restructuring (escape from China) was carried out mainly by labor-intensive small and medium-sized enterprises. Now, on the other hand, the second restructuring (business adjustment) is going on mostly in large companies such as the ones in automobiles, mobile phones, home appliances and steel since 2018.

Hwang: What is the most significant risk that Korea and China are facing?

Tu: It is a political factor in economic and trade relations. We know that there are differences in political systems between China and Korea. But the thing is Korea should not feel superior to China because of the difference in political systems, just as there should be no sense of superiority because China is larger than Korea.

The political system is an independent choice between the two countries based on their respective history and culture, therefore, no one should interfere or evaluate one another. Both countries have suffered economic and trade friction due to differences in certain security areas, and in this regard, Korea and China should actively seek to establish more stable, transparent and enforceable mechanisms. They must also effectively control security interference or diplomatic differences involving in economic and trade cooperation.

The Chinese government has always opposed politicizing the trade issue, and Korea did not want to be on either side under US pressure. In this sense, the two countries need to continuously strengthen their awareness of the separation of economic commerce and politics at various levels, including bilateral, regional and multilateral levels. Moreover, practical measures should be taken to maintain the stability of bilateral economic and trade relations.

Yang: As the asymmetry of Korea-China economic power grows, the issue of mutual trust and respect is raised and various threats to Korea-China economic relations are rising in the process of reorganizing the global economic order (New Cold War, protectionism and blockization, reorganization of supply chain, the US-China decoupling and other unexpected variables). It is necessary to establish a direction for bilateral and regional economic cooperation that can wisely overcome these situations.

Hwang: What should be the further direction of bilateral cooperation between Korea and China?

Yang: First, in terms of the private-led Korea-China economic cooperation, it must be strengthened to enable the sustainable growth of mutual investment companies. When it comes to the fields of semiconductors, batteries and new energy automobiles, the companies should be able to make decisions through autonomous strategic judgments.

Third approach is the cooperation in supply chain stabilization, which responds to supply chain disruptions and cooperates in establishing stable supply chains. It will expand policy and information exchange cooperation for intermediate goods that are highly dependent on imports from China, and materials and parts (semiconductors, batteries, rare earths, etc.) that are involved in the US-China competition.

Tu: In detail, first of all, both sides must continue to deepen their specific cooperation on trade and investment and strive to leverage more trade areas and potential. One way is to actively organize various economic and trade-promoting activities to establish more trade platforms for companies in both countries.

We will support the two-way investment of strong and reputable companies in both countries and provide a fair and nondiscriminatory business environment for partner companies to invest and start their own businesses.

Second, both sides should work together to accelerate industrial docking and cooperation and to promote trade and investment cooperation in various fields through industrial cooperation. We must foster new growth points for economic and trade cooperation between the two countries in this post-COVID-19 era.

Third, both sides should continue to strengthen communication and coordination in regional and multilateral frameworks, secure the multilateral trading system and jointly promote the establishment of an open global economy.

Hwang: Do you have any additional comments on Indo-Pacific Strategy, including IPEF?

Hwang Jae-ho is a professor of the division of international studies at the Hankuk University of Foreign Studies. He is also the director of the Institute for Global Strategy and Cooperation. This discussion was assisted by researcher Ko Sung-hwah and Shin Eui-chan.