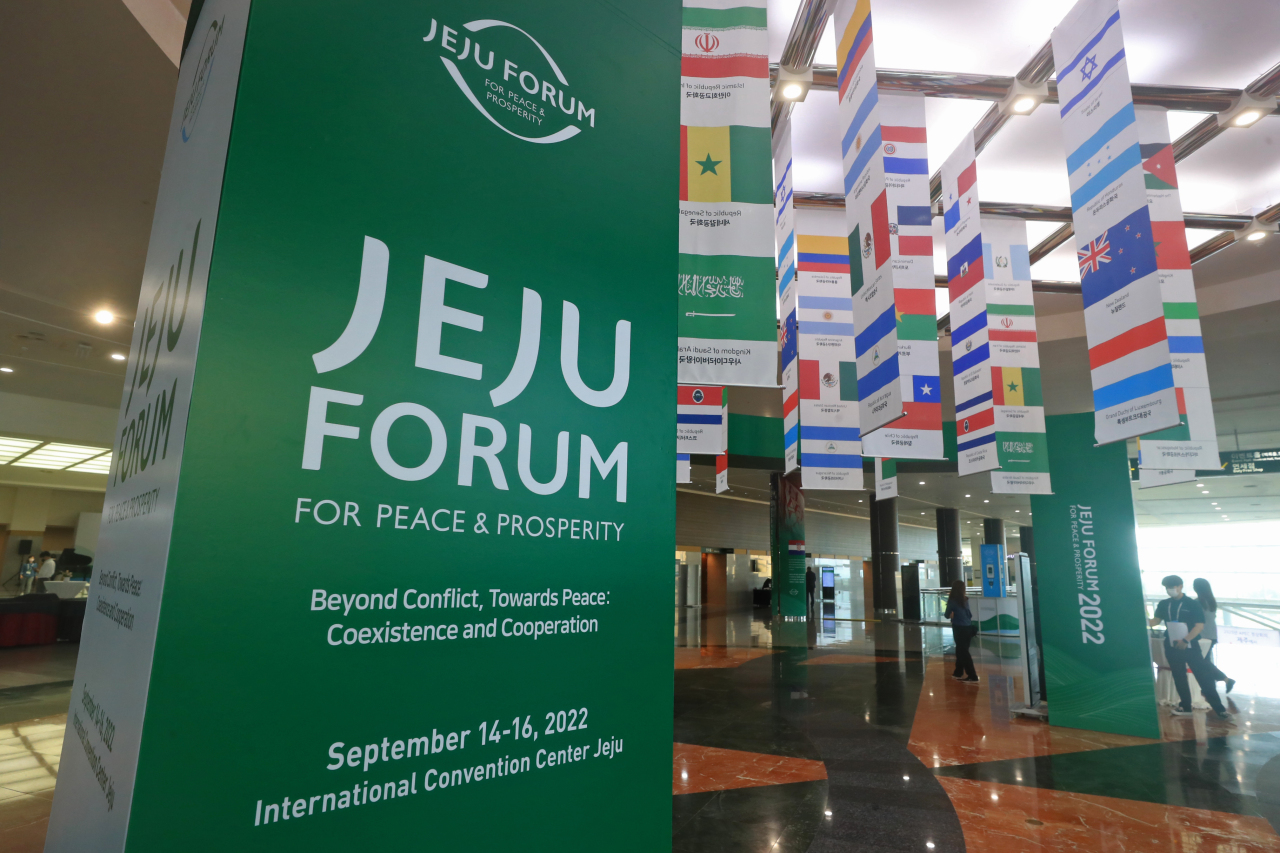 Under the theme, “Beyond Conflict, Towards Peace: Coexistence and Cooperation,” the three-day forum has invited world-class leaders, government officials and experts of various sectors to the International Convention Center Jeju to share insights and to promote global cooperation.

Among the participants are President of East Timor Jose Ramos-Horta, recipient of the 1996 Nobel Peace Prize, and former UN Secretary-General Ban Ki-moon.

South Korean Foreign Minister Park Jin will hold a luncheon meeting with Hogan, a potential Republican Party presidential candidate, where he is expected to discuss ways to bolster cooperation with Maryland.

The forum consists of various sessions to address topics including geopolitical conflicts around the region, the post-pandemic world, the Ukraine crisis and climate change.

The event was first launched in 2001 to be held as a biennial forum. Over the years, the forum grew into a multilateral dialogue platform promoting regional peace and international cooperation, and has been held annually since 2011.