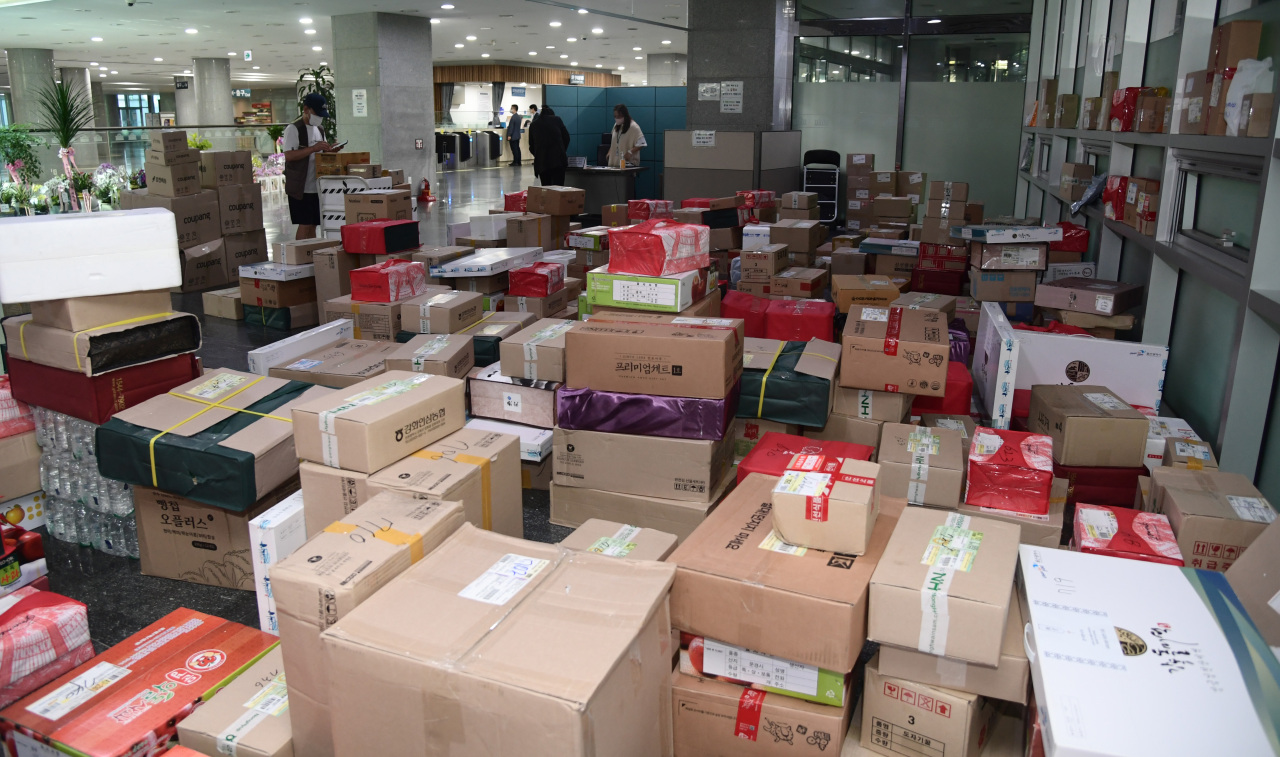 This photo shows parcel boxex in front of the National Assembly on Sept. 7. (Joint Press Corps)
The Ministry of Environment plans to push for the use of multiuse parcel boxes from 2024 to protect the environment amid a rise in the number of delivery services.

Based on the studies, the ministry said it will come up with a standard guideline for multiuse delivery parcels in the first half of next year, enabling the expansion of the system in 2024.

It will additionally allocate a budget for the management of multiuse delivery parcel boxes, such as launching a facility to oversee their production, cleaning and distribution.